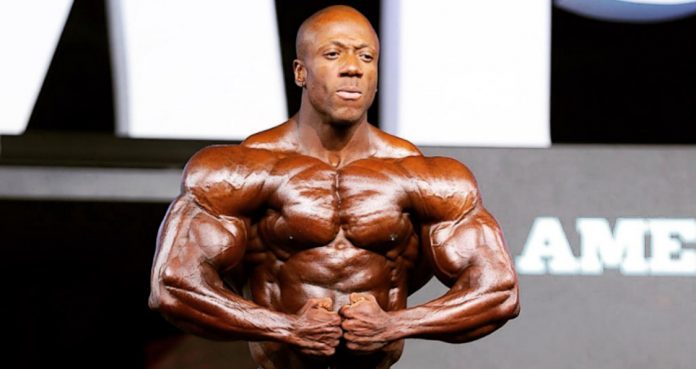 More sad news has hit the bodybuilding world in already tragic year – pro bodybuilder and former Mr. Olympia champion Shawn Rhoden has reportedly died of a heart attack. He was 46 years old. The pro bodybuilder was a modern legend in the sport who also faced serious controversy in the years after winning the Mr. Olympia in 2018.

Sources close to Generation Iron have reported that Shawn Rhoden suffered a fatal heart attack. Rhoden’s trainer, Chris Aceto, has also confirmed to close friends that the bodybuilder had passed away. Rhoden is said to have suffered a prior heart attack and had faced prior health concerns. Posts on social media from fellow athletes, experts, and fans have begun to pour out Saturday morning for the late pro bodybuilder.

An aspiring soccer player in his early teens, Shawn Rhoden discovered bodybuilding in 1992. One of his earliest inspirations was the former Mr. Universe champion, Yohnnie Shambourger. Rhoden entered into his amateur bodybuilding career – only to face several injuries that pulled him out of competing. Shortly after, his father passed away.

The combination of these two events led to Shawn Rhoden developing an addiction to alcohol – completely derailing any chance of returning to a career of competitive bodybuilding. However, after putting much work into slow recovery, he returned to the sport and eventually earned his IFBB Pro card in 2010.

Shawn Rhoden placed 11th at his Mr. Olympia debut in 2011. Just one year later he rose up to third place. From that moment on, Rhoden remained in the top five at the Mr. Olympia competition year after year. He was seen as a serious threat to the title and was well known and respected for his smaller more aesthetic physique compared to the “mass monster” body types of his fellow competitors.

In 2018, Shawn Rhoden defeated Phil Heath in the Mr. Olympia. He was 43 years old – making him the oldest bodybuilder to ever win the title. His win was also notable for being the first person to dethrone Heath, who had won seven straight titles in a row and was looking to tie the world record of eight championship victories. 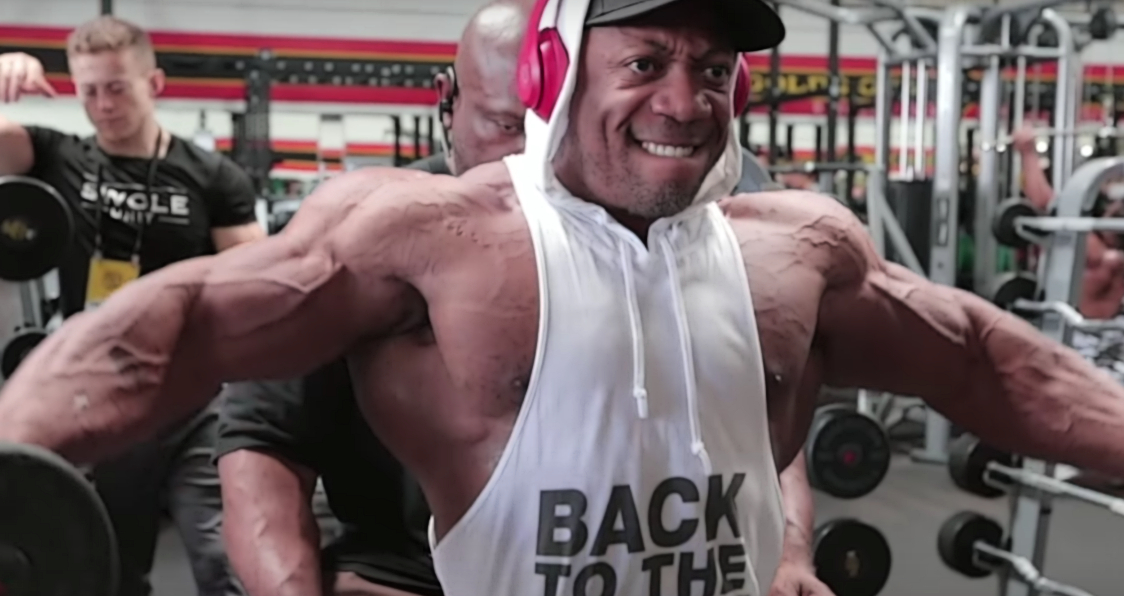 Leading up to his Mr. Olympia victory, a documentary was filmed chronicling his training and prep leading up to the competition titled Flexatron: Becoming Shawn Rhoden. The documentary also dove deep into his past exploring his upbringing, his series of injuries, the tragic passing of his father, and his alcohol dependence. Generation Iron distributed the film in 2019, releasing less than one year after his Mr. Olympia victory.

In July 2019, Shawn Rhoden was accused of sexually assaulting a fellow female bodybuilder at a hotel in Salt Lake City, Utah. The accusations claimed the events took place in October 2018 – very shortly after his Mr. Olympia win. He was formally charged in July of 2019. Shortly after the official charge, American Media Inc (AMI) issued a statement officially banning Rhoden from competing at the Mr. Olympia competition. This decision was to be reconsidered upon the conclusion of legal proceedings. Up until his passing, the accusations against Shawn Rhoden were never proven nor cleared.

Despite controversy, Shawn Rhoden was seen as a legend in the sport by many fans and athletes in the community. His excellent conditioning and near-Classic Physique made him a unique standout representing an older era of the sport. He is one of only 17 competitors to ever win a Mr. Olympia title.

The bodybuilding community has already begun an outpour of condolences via social media:

This is still a developing story. Generation Iron will continue to update as more information becomes available. The entire Generation Iron staff sends condolences to friends and family of Shawn Rhoden during this tragic time.