Dwayne “The Rock” Johnson has often been said (by some) to be the next Arnold Schwarzenegger of action movies. And his film, The Rundown was the first one to show off just how much command he could bring to the modern world of action.

Sure, Dwayne Johnson was already famously known as the wrestler The Rock – and he could have easily gone down the path that many other wrestlers do. A career of terrible acting in even more terrible movies. But Dwayne Johnson was different. He actually has the powerhouse charisma to match his powerhouse body.

In The Rundown, Johnson plays a tough aspiring chef who is hired to go into the Amazon and get a mobster’s son back to the states. But on his journey, he gets caught up in a fight against an oppressive and corrupt town operator. Getting way more than he bargained for.

This was the film that shed away the last remnants of Johnson’s wrestling persona and ushered him into the destructive world of action movies. Not only does the film make references to his wrestling life, (He literally performs his signature move, The Rock Bottom, on a foe) but he also shares a wonderful cameo with the master of action himself – Arnold Schwarzenegger. With two simple words, “Have fun,” Arnold passes the torch onto Johnson; trusting that he can bring the enormous physical presence that is needed and raise the bar of what action movies can do.

And Johnson delivers. An action sequence between him and a Brazilian fighter, Manito, stand out as a moment of pure spectacle and energetic bliss. Johnson commands his strength and power in a way that is mesmerizing. And since has moved on to become a household name beyond the ring. Arnold should be proud.

Keep checking back every day to continue with the Top 30 Muscle Movies of All Time. And be sure to leave us some comments below, on Facebook, and Twitter! 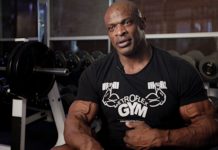 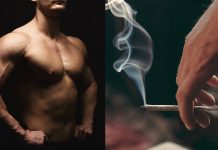 The Weed Effect: Marijuana And Muscles 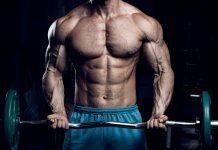 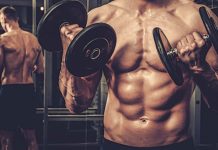