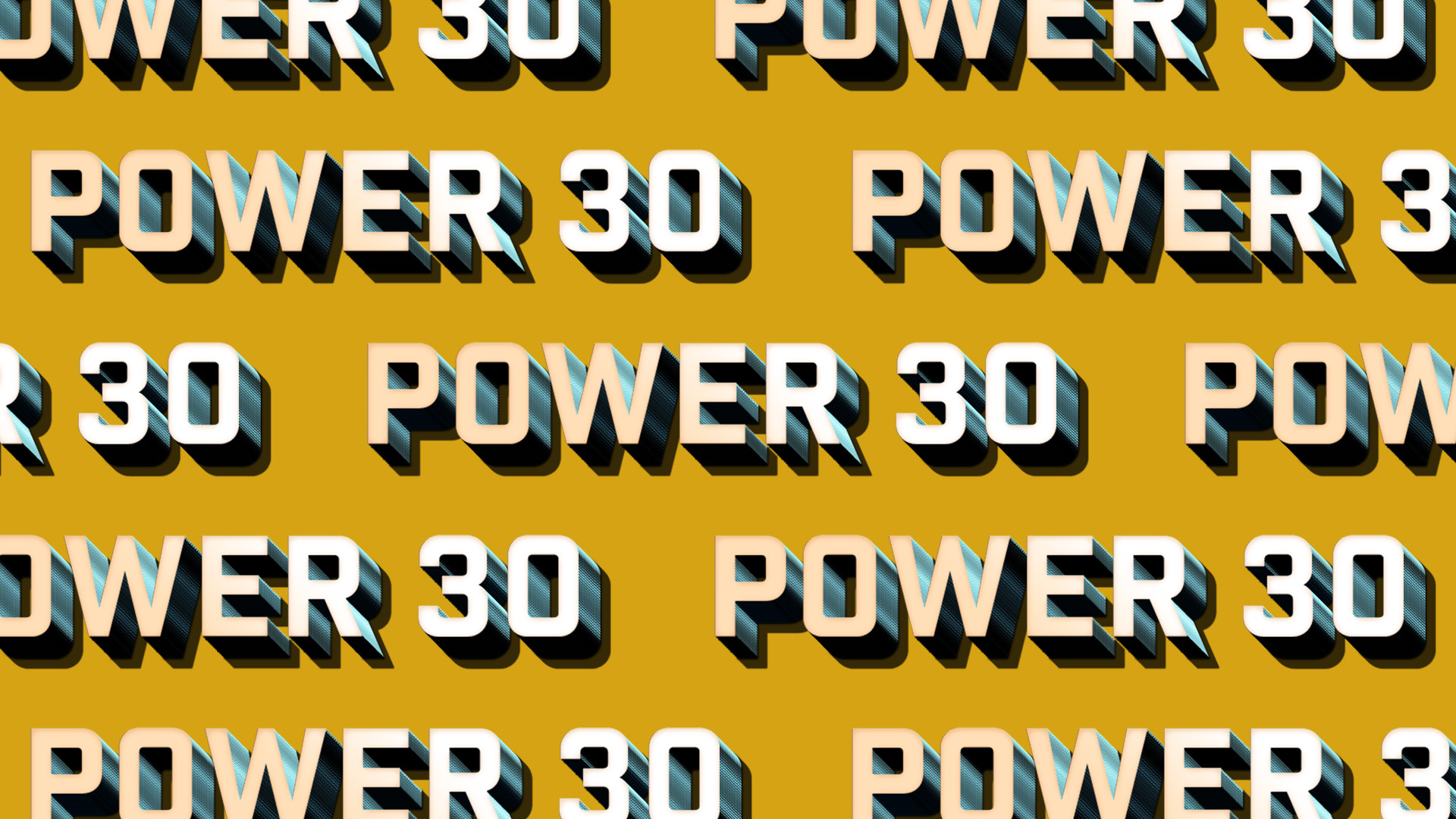 Home Power 30 POWER 30: The Most Powerful People In Bodybuilding Today (2018)

Presented by Generation Iron & Gaspari Nutrition, the bodybuilding and fitness world is filled with a whose who of talented athletes, businessmen, and personalities, all of them leaving their own impact on the health and wellness industry. Generation Iron’s Power 30 honors thirty unique and important individuals who have left their mark on the bodybuilding and fitness industry this year.

The Power 30 is our annual attempt to create a ranking, through in depth discussions amongst our editorial staff, of the 30 athletes, CEOs, and personalities that have made an impact on bodybuilding this year.

Sheru Angrish has proven to be quite the entrepreneurial powerhouse as of late. Not only has he built the Sheru Classic bodybuilding show into a household name, but has gone onto further his entrepreneurial influence and power through teaming up with some of the most powerful companies in the international market.

Apart of the Generation Iron team, Felipe Franco continues to impress on the pro bodybuilding circuit. His win at the Grand Prix Championships once again showcased his incredible abilities and punched his ticket to the 2018 Olympia. He is also a major influencer in the Fitness industry – with over 5 million subscribers across his platforms. With months of preparation under his belt, we can’t help but look forward to what form he’ll bring to the 2018 show.

An major influencer in the fitness community, Paige Hathaway is one of the most recognizable female fitness ambassadors online with over 10 million followers across her social media channels. As a Global Ambassador for F45 Training as well as creating her own fitness program aptly named Fit in 5, Paige Hathaway is establishing herself as one of the most powerful women in the industry.

Kevin Levrone had an impactful year as he returned to the stage in 2018. Coming in remarkable shape for being away from competition for so long, Kevin Levrone acquitted himself well at the Arnold Classic Australia as documented in the film ‘Born To Overcome.’

Making a successful transition to the Classic Physique division, Regan Grimes has transformed from a lighter Open Weight bodybuilder to a powerful Classic competitor. Punching a ticket to the 2018 Olympia with a big win at the New York Pro, Regan Grimes hopes to make good on his transition to the new division and challenge the top 5 Classic competitors.

Edwin Mejia Jr. continues to be a powerful force on the bodybuilding and fitness community. He continues to produce  premier films such as Generation Iron 3 and Ronnie Coleman The King and on leading fitness and bodybuilding icons. He continues to help bolster the careers of some talented up and coming athletes. With his management of athletes like the Calum von Moger, Edwin Mejia Jr. is proving to be a guiding light to talented individuals looking to make a big splash in the fitness industry.

Four time Men’s Physique Olympia champion Jeremy Buendia has been pushed to the limit this past year. After suffering a pec injury and undergoing surgery, Jeremy Buendia has bounced back in a big way and looks in great condition to defend his title at the 2018 Olympia.

The man behind Pro Tan, Stacy Kaufman (pictured left) has been a very important figure in the bodybuilding industry since the late eighties. With Pro Tan providing competition tanning products to the entirety of the bodybuilding community, Stacy Kaufman has proved to be pivotal in the careers of many IFBB athletes. Constant looking to innovate, Kaufman and Pro Tan have released brand new products this year, including the new Super Dark Competition Color, there appears to be no limit on what the brand CEO can accomplish.

A veteran of bodybuilding for over 30 years, Rich Gaspari has proven himself on the posing stage as well as in his many business ventures. The new and improved Gaspari Nutrition continues to thrive and make waves in the fitness industry as well as the retired bodybuilder’s clothing line Vintage Muscle. Set to star in the GI original series ‘Hunt For Hardcore’, it appears that the Rich Gaspari will continue to innovate and thrive for years to come.

Bridging the gap between businessman and bodybuilder, PJ Braun is a venerable titan in the supplement industry. With his finger on the pulse of modern bodybuilding, PJ Braun has a keen sense of what the marketplace demands and has provided quality products with his supplement brand Blackstone Labs. Expect big things from Braun as he stars in his own GI series ‘The Muscle Mogul’ later this year.

Before 2016, few knew the name Breon Ansley. Since then, the young bodybuilder was able to beat out the best competition in the Classic Physique division, earning the highly regarded Olympia championship. With a follow up victory at the 2018 Arnold Classic, the reigning Classic Physique champion looks to further assert his dominance at the 2018 Olympia. From the looks of things, he could dominate the division for years to come.

From bodybuilding to business to acting, it appears that Martyn Ford has his hands in many different pots. After the sudden passing of Rich Piana, Martyn Ford filled in as head of 5% Nutrition keeping the supplement company thriving. Despite suffering a life threatening health scare, the British native has battled against the odds and bounced back nicely. Ford has also been appearing in a number of films as of late making great headway in the entertainment industry.

Despite coming in second place at the 2017 Olympia, it was obvious to anyone watching that Mamdouh ‘Big Ramy’ Elssbiay was clearly something to behold. Battling with the current Olympia champion Phil Heath, Big Ramy proved himself to be a big threat and has been working year long to once again vi for the top spot at the 2018 show. With so many improvements made over the last year, Big Ramy is certainly one to watch heading into September.

Defending his 212 Olympia title for the final time, James ‘Flex’ Lewis has established himself as the most dominate force in the division since its inception. Flex Lewis looks to go out on a big win at the 2018 Olympia and take the Open Weight division to task, which would be a first for a dominant champion to make the transition to a new category.

IFBB Pro and former two time Mr. USA, Tamer El Guindy has taken his talents for bodybuilding and transferred them to important roles behind the scenes. Not only is he an Olympia judge, but Tamer El Guindy is also an NPC SoCal Chairman as well as Executive Director of Brazil for IFBB Pro League. Expect more to come from Tamer as he furthers his accomplishments in bodybuilding with his very own upcoming show, the 2018 Musclecontest.

CT Fletcher has gone through a great deal this past year, yet the former powerlifting champion persevered. After undergoing a heart transplant, CT Fletcher is battling back through sheer grit and determination showing that the fire still burns bright in the spirit of the Superman from Compton. This show of unyielding strength and will is a true inspiration for anyone.

A top trainer for many of the best athletes in the world, Hany Rambod is a wealth of knowledge within the fitness and bodybuilding industry. Having trained a myriad of bodybuilding champions, including seven time Mr. Olympia Phil Heath and Men’s Physique Olympia champion Jeremy Buendia, Hany Rambod is clearly the premier trainer in the industry. Now joining forces with Hadi Choopan, we could see Rambod add another champion to his already impressive resume.

Having gone through an extremely difficult year, Calum von Moger has shown that his spirit couldn’t be broken by unfortunate injuries. Tearing his bicep twice as well as his quadriceps, Calum von Moger has bounced back nicely and is already planning his comeback. In the interim, Calum was also able to delve into the world of film as he secured a role playing Arnold Schwarzenegger in the upcoming movie ‘Bigger’.

One of the greatest bodybuilders to ever compete, Ronnie Coleman has experienced the highest of highs and lowest of lows. Yet, despite his unfortunate injuries, Ronnie Coleman maintains a sunny disposition. Ever the optimist and always looking to improve, Ronnie Coleman is still striving to return to a fraction of his formal glory as documented in ‘Ronnie Coleman: The King’.

A staple in the bodybuilding community, Jay Cutler has become one of the most successful Olympia champions with his Cutler Nutrition and Cutler Athletics brands. Jay Cutler has also managed to keep himself in some pretty incredible condition since retiring from the stage so much so that people still wonder if the former Olympia will one day make an epic comeback.

After winning seven straight Olympia titles, Phil Heath is now in some rarefied air alongside all time great Arnold Schwarzenegger. Looking to tie the records of Lee Haney and Ronnie Coleman, Phil Heath could truly be the man to achieve what no other bodybuilder has been able to and that’s reach ten straight Olympia wins. Overcoming a hernia, Heath really could be impressive at the 2018 show.

Continuing his ventures outside of bodybuilding, Kai Greene is starting to make some waves in the entertainment industry. After appearing in the smash hit ‘Stranger Things’, booking an international role in ‘Crazy Fist’ as well as taking his supplement line Dynamik Muscle to new heights, it’s clear that Kai Greene will continue to rise in power in both the fitness and entertainment industries.

Perhaps the second most powerful individual in the IFBB Pro League, Steve Weinberger is a big influence on the outcome of every major event in the professional bodybuilding organization. As head judge, Steve Weinberger shapes the criteria for who is truly deserving of championship status and is the one man that needs to be convinced an athlete is the cream of the crop. Now that’s a whole lot of power.

The men responsible for the Arnold Classic events across the globe, Jim and Bob Lorimer have left their mark on the bodybuilding world with their incredibly inclusive events all over the world. Taking the Arnold Classic to multiple different continents, the father/son duo continue to advance the brand and prove that their shoes spearheaded by the legendary bodybuilder are some of the best in the world.

A major brand ambassador and big time bodybuilding fan, Dwayne ‘Rock’ Johnson has been a major figure in the fitness industry for years. After officially announcing that his own Seven Bucks Productions would be helping to promote the 2017 Olympia, it was clear that The Rock would firmly be entrenched in the bodybuilding community for years to come. We can definitely expect even more things from the professional wrestler, actor, and producer in the years to come.

A man who needs no introduction, Arnold Schwarzenegger continues to be a major influence in the fitness and bodybuilding community to this day. With his inspirational and motivational presence in the social media sphere, his Arnold Classic shows going international, and his upcoming turn in his most iconic role, The Terminator, Arnold Schwarzenegger is still on top of the bodybuilding world and will likely go down as the most influential figure in the sport’s history.

Undoubtedly the most powerful man in bodybuilding, Jim Manion tops the list once again. The mastermind behind all the machinations in the IFBB Pro League, Jim Manion has proven to be the glue that keeps the bodybuilding world together.