Kai Greene might be training with a different goal.

Kai Greene has not officially announced his retirement from the sport of bodybuilding. He often posts physique updates and workout videos but there might be a different goal in mind. Greene has maintained a shredded physique but is seems unlikely that he will return to the stage at 46 years old. In recent videos, the legendary bodybuilder has looked a bit downsized.

Greene posted a recent video to Instagram where he is promoting machines and equipment made by Powertec. In the video, Greene is seen using the machines and is looking a bit slimmed down.

At this point, Kai Greene might be interested in building a healthier version of himself. He was one of the elite bodybuilders during his time and still has a huge following that wants him to return to the stage. Greene has not competed in six years despite holding off on retiring. There was speculation that he was going to return during the 2021 Olympia but that did not happen.

During his career, the Olympia title has eluded Greene but he has three second-place finishes. Greene has three victories at the Arnold Classic and finished third in 2016. It is clear that Greene can still put in the work in the gym and he shows it on a daily basis.

Kai Greene continues to inspire others and share some workouts to try. He is using his massive following to share knowledge and insight on weight lifting.

“The body you see is just a physical manifestation of my own thoughts, my ideas, and my actions. Our own super powers are not external strengths but more so found deep in within.

There’s never been a better time then right now in our own self isolation to start moving forward.”

If Kai Greene is downsizing, this does not mean that he is out of shape or losing strength. Quite the opposite actually. At age 46, Greene is focusing on his health and might not be interested in waking around at his competition weight. This might upset some fans if Greene is not interested in returning to the stage but his presence in bodybuilding is still busy and he continues to show off an impressive physique. 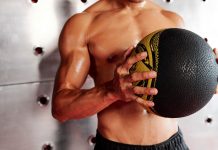 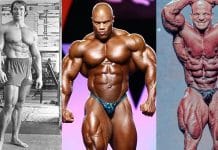 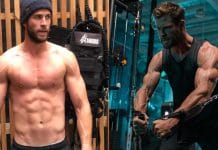 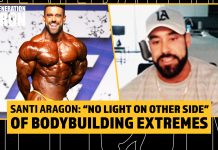 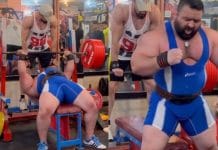