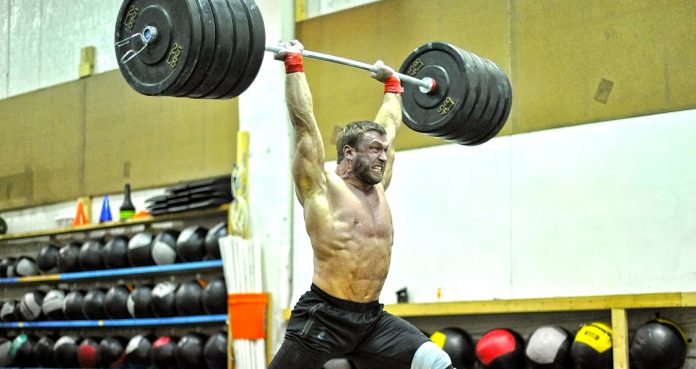 Dmitry Klokov is an elite Russian Weightlifter. He has won both World and European Championships along with a prestigious Silver Medal in the Beijing Olympics. Since the days of his international competitions, he has made forays into the fitness industry, accruing a strong following for himself despite obvious limitations with English. Dmitry has collaborated with youtube stars like Bradley Martyn and is especially popular among fans of Olympic Lifting like crossfiters.

Among his latest stunts is an underwater bench press found on his Facebook and youtube pages. Dimitry puts on gloves and gets into a pool with four spotters and a loaded bench. He takes his time setting up and easily benches 231kg (508 lbs).

Of course usual mass of weights technically weighs less underwater due to buoyancy forces, but the stunt is still quite impressive and entertaining, especially since he did not breath for an extended period before the lift. And this is not the first time Klokov has performed under water.

In 2016, he push-pressed a 150kg above water, which is extremely impressive considering the water slowed his acceleration from the under water squat and the weight wasn’t submerged when pressed. He also performed a a 170kg clean while submerged.

This underwater video also comes in the wake of a 2013 dive video, where he spoofs a few dives into an Olympic pool and then does a quite impressive inversion on the last one. Klokov is doing an excellent job of building a personal brand since his retirement in 2015. Since he doesn’t have excellent skills in English, these stunts are a great way to broaden his audience on the internet.

For the impressive feat check out the clip below.

Of course Klokov is still in fantastic shape and avidly trains. He is now doing what many elite athlete should seek to do while they still have health and vigor, create a personal brand utilize all he opportunities and resources available to impressive athletes. 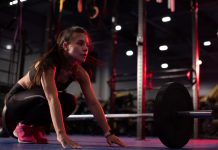 How The Barbell Burpee Will Increase Full Body Strength