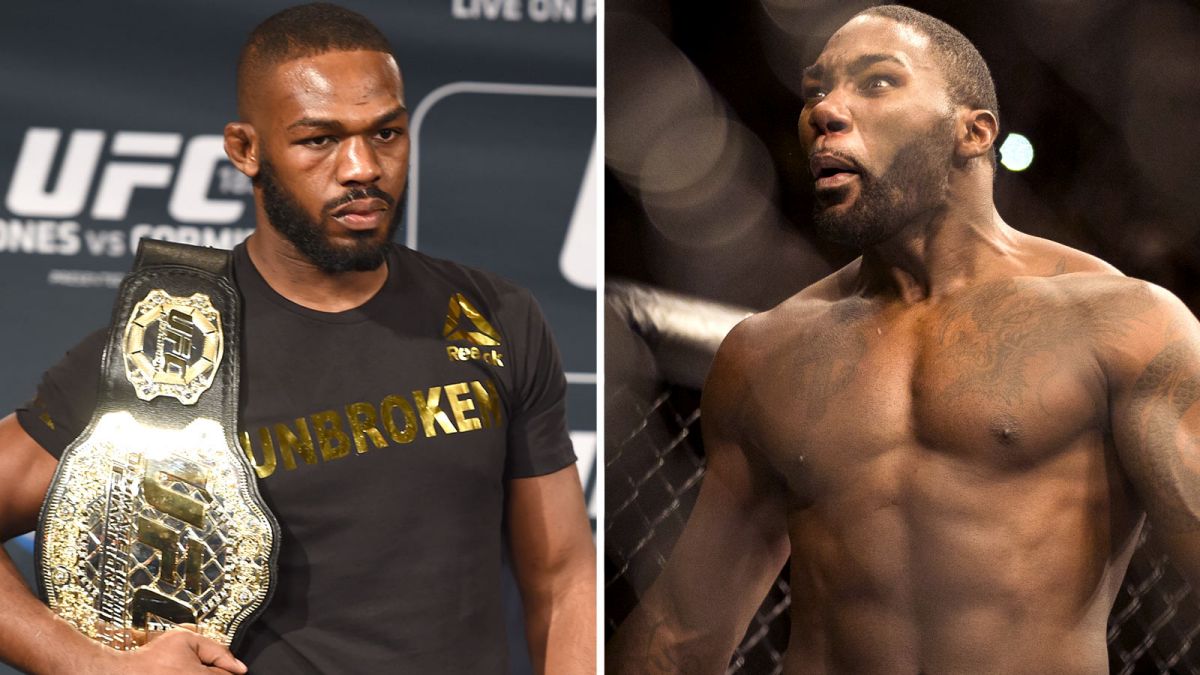 MMA takes a bite out of the big apple

New York – In such a fast moving city, it only makes sense for the fast moving sport of MMA to be a big part of the professional sports family. Earlier this week the New York State Legislation passed the bill to legalize and regulate professional MMA in New York. This is one instance where Dana White’s greed has actually coincided with true UFC fans and the sport as a whole…but I digress. Now that we have reached the promised land we’ve got to plant our stake. We’ve got to set up our colony for future New York cards to come, and it all starts with card number one. With so much speculation about the fantasy card and with so many moving parts we’ve attempted to nail down a main card even the most casual fan would love. Main Card Ronda Rousey vs. Miesha Tate 3 Come on. Need I say more? While I still think Rousey vs. Holly 2 is the bigger fight, Miesha Tate is now the champion and we have to accept it. With Dana White and Ronda Rousey being bosom buddies, I really don’t see Holly getting the rematch. Rousey wants a competitor she knows (by know I mean thinks) she can beat to work her way up to holm. Will Miesha Tate break the cycle and spoil her plans? Conor Mcgregor vs. Frankie Edgar Frankie Edgar is from just across the pond in New Jersey and Conor McGregor is Conor Mcgregor. With a huge Italian and Irish community in NYC, this fight will be like a real life Gangs of New York. Oh, and did we mention Frankie has the perfect style on paper to dethrone the featherweight champ? Jon Jones vs. Anthony Johnson While this isn’t exactly the most electric fight as far as fair weather fans, we feel most MMA fans would be something to see. With knockout power in all 8 limbs (Yes he has knocked people out with his feet) and Jon Jones being Jon Jones (and a native New Yorker) you could sell this fight as anything can happen  explosive, standout war. Honestly we do believe Jones vs. Cormier 3, and a rematch with Alexander Gustafsson would be bigger draws, but we’re going on realism here and we all concur Jon Jones will win the rematch and regain the title. Robbie Lawler vs. Wonderboy Thompson Maybe this is just a personal pick but I’d really like to see this bout, and I think (some) fans would find it intriguing. Combine the fancy footwork of Karate whiz kid  Steven “Wonderboy” Thompson and the new improved knockout machine that is Robbie Lawler 3.0 and who knows what will ensue. Many  people who study the sport really feel wonderboy could be the one. Dominick Cruz vs. T.J. Dillashaw 2 In our humble opinion this fight is pretty much guaranteed. Not necessarily on this card but we just don’t see Uriah Faber beating the current champ Dominick Cruz. The first fight with T.J. Dillashaw was close, real close – no matter who you thought won the bout we know you want to see them run that one back. Chris Weidman vs. Micheal Bisping We know we know, you wanted Chris Weidman vs. Luke Rockhold 3, but if we’re being completely honest here we think Rockhold wins the rematch. The good news is that these guys will make for a good bout. Both arguably beat Anderson Silva and both guys are people that the public want to see. Michael Bisping is the English transplant with the million dollar mouthpiece and the kick boxing skills to back it up. Chris Weidman is the hometown phenom with a will of steel.  What’s not to love? Well there you have it. Our pick for the first NYC, MSG card, what do you guys think? 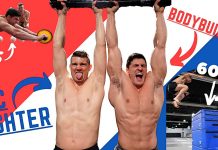 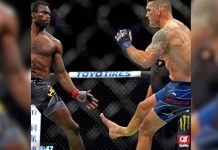 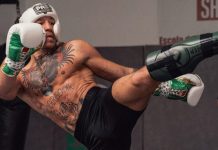 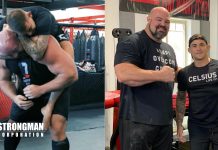 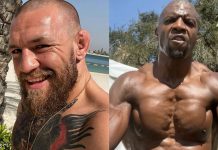 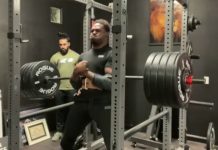 In Prep for His Move to Heavyweight, Jon Jones is Lifting Serious Weight