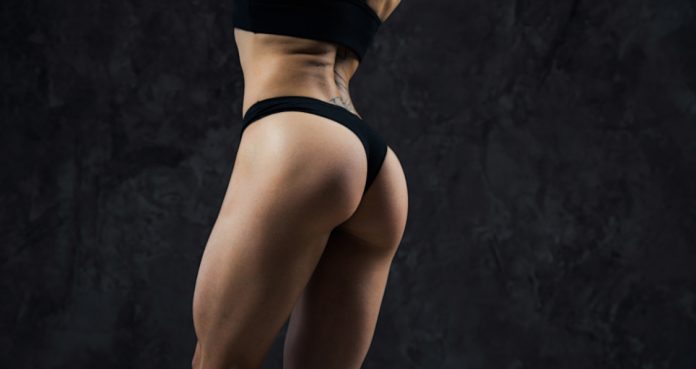 The Importance of Building Stronger Glutes

Many individuals train the glutes with the sole purpose of increasing the size of the muscles to enhance aesthetics.

While this type of functional training is very popular at the moment there is an even better reason to regularly train the glutes out with aesthetics.

Having powerful and functional glute muscles will not only allow you to train and perform at a high capacity, it can also have a significant impact on your overall health (1).

When it comes to glute building, there are two exercises which are commonly used in training programs – the squat and the deadlift.

While there is no denying that these two exercises are excellent glute developers, they are not the be-all and end-all.

The glutes respond well to a variety of rep ranges and movements. As a result, the following exercises utilize a range of equipment and manipulates volume to really challenge the glutes.

Here are 8 of the best glute building exercises…

Adding in resistance bands to glute dominant movements is a great way to ensure that the muscles are maximally activated throughout the exercise and promote muscle growth (2).

Looping a band around the knees will force you to push the knees out and keep them out as you move and place a great load on the gluteus medius, a muscle which is often neglected.

The addition of the band in combination with the glute bridge movement, will contribute to a serious glute burn!

1) Assume the glute bridge position, place a resistance band just above the knees and align the barbell with the crease of the hips.

2) Ensure that the shins are as vertical as possible and that the hip is externally rotated to place maximal tension on the glutes rather than the hamstrings (3).

3) Engage the core muscles before driving powerfully through the heels and extending at the hips. At the top of the movement, squeeze the glutes tightly while preventing overextension of the spine.

4) Keep the body in as straight a line as possible and hold this position. From there, look to complete 2-3 hip abductions (driving the knees out to the side of the body) and then return to the floor. 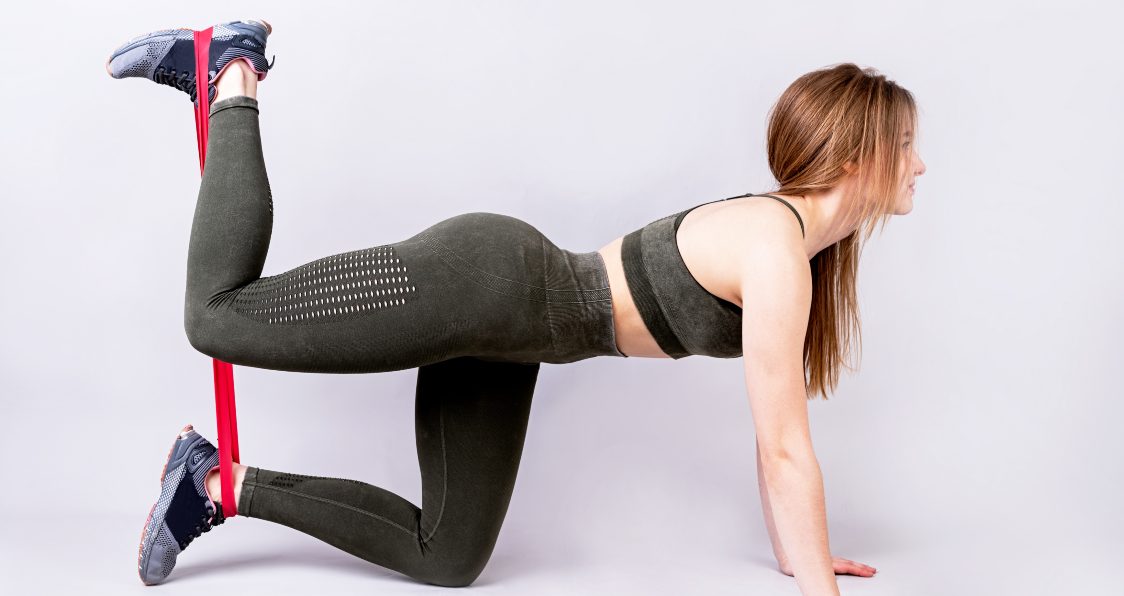 The conventional barbell leg lift involves pressing the heel into the floor, however, this unique exercise will look to develop the hamstring as well as the glutes by placing the foot on a wall.

Changing the foot position will mean that you have to drive horizontally rather than vertically which completely changes the dynamic of the exercise and increases the challenge.

As with so many glute based exercises, it is imperative that the movement is driven through the contracting of the glutes and hamstrings rather than through spinal hyperextension.

1) Lie flat on your back and align the barbell with the crease of the hips. While maintaining a neutral spine, place one foot flat on the wall.

2) Push horizontally into the wall as you drive the barbell upward through a powerful glute contraction. Pause and squeeze the muscles tightly at the top of the rep.

3) Keep the descent smooth and controlled to maximize tension of the glutes and hamstring. Squeeze the core and non-working glute throughout to ensure that the bar stays level on the hips.

The split squat is a superb exercise that specifically targets the glutes. Conventional split squats are challenging enough, however utilizing 1 and a half reps will really hit the glutes hard.

To maximize muscle activation, it’s important to drop in as deeply as possible and focus on contracting the muscles of the leading leg (not the rear leg).

It is equally important to keep as vertical as possible throughout and brace the core to ensure that the exercise is performed efficiently and safely.

To add challenge, loop a resistance band around the shoulders and stand on the other end. This will place an even greater demand on the glutes, specifically during the eccentric phase.

1) Assume a split squat position – rear foot should be elevated on a bench which is placed behind the body. Chest should be lifted and core braced.

2) In a controlled manner, count for 3 seconds as you drop down deeply. Rise up to halfway before dropping back down to the bottom again. Complete the rep by fully rising up to standing. 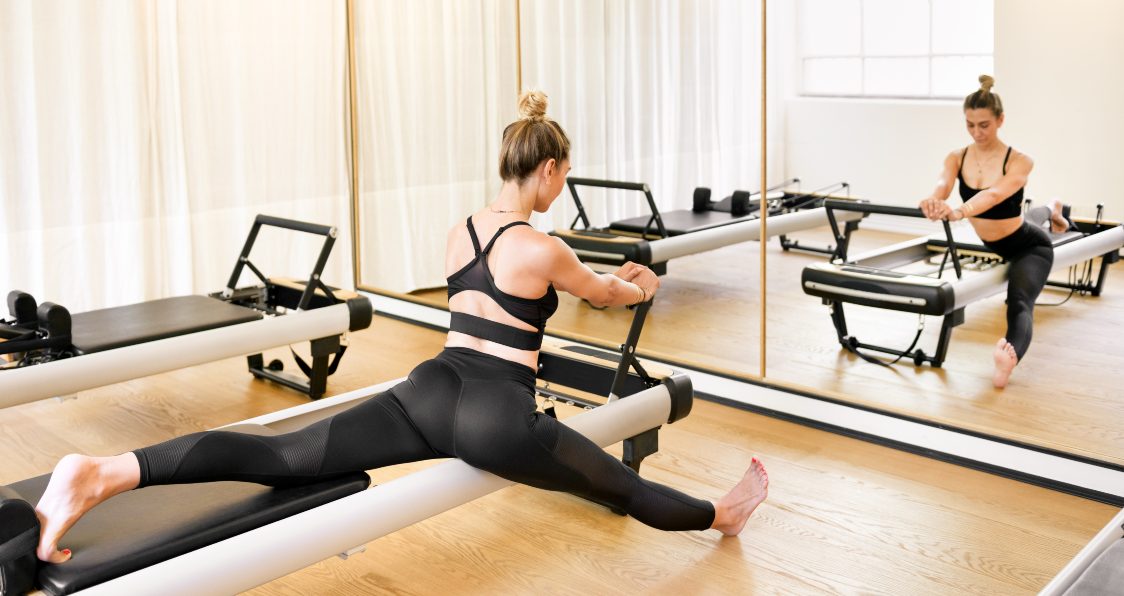 There are a multitude of deadlift variations that can be utilized to accelerate glute strength improvements.

The landmine deadlift is a straightforward variation which not only allows the glutes to be trained but may also facilitate improvements in deadlift technique.

1) Place a resistance band on the floor and step on with feet roughly shoulder width apart. Loop the other end around the bar and hold it tight to the body throughout the duration of the exercise.

2) While keeping the chest lifted, shoulder blades retracted and core tight, gradually push the hips backwards. Avoid any spinal extension or flexion as you hinge forward.

3) As the hips move backwards, you will feel the hamstrings stretch. When you feel this, squeeze the glutes and powerfully drive the hips forward to return to standing.

5) Banded Side Plank Hip Abduction with Bottoms Up Kettlebell Hold

Probably the most technically challenging exercise in the list. The benefit of this exercise extends further than just glute development as the core and shoulder complex are also placed under a great load.

The benefit of holding the side plank is that the core musculature and glutes must all maximally contract to hold the body in position and prevent any unwanted flexion, extension or rotation.

In addition to this, the banded hip abduction places a large demand on the glutes (3) and also adds to the complexity of the exercise.

1) Place a resistance band just above the knees and assume a side plank position.

2) With the free hand, grab a kettlebell and hold it directly over the shoulder in the bottoms-up position.

3) Lift the hips off the floor and squeeze all core muscles and glutes to keep the body in a straight line. From this position, abduct at the hip by raising the leg up as far as possible. 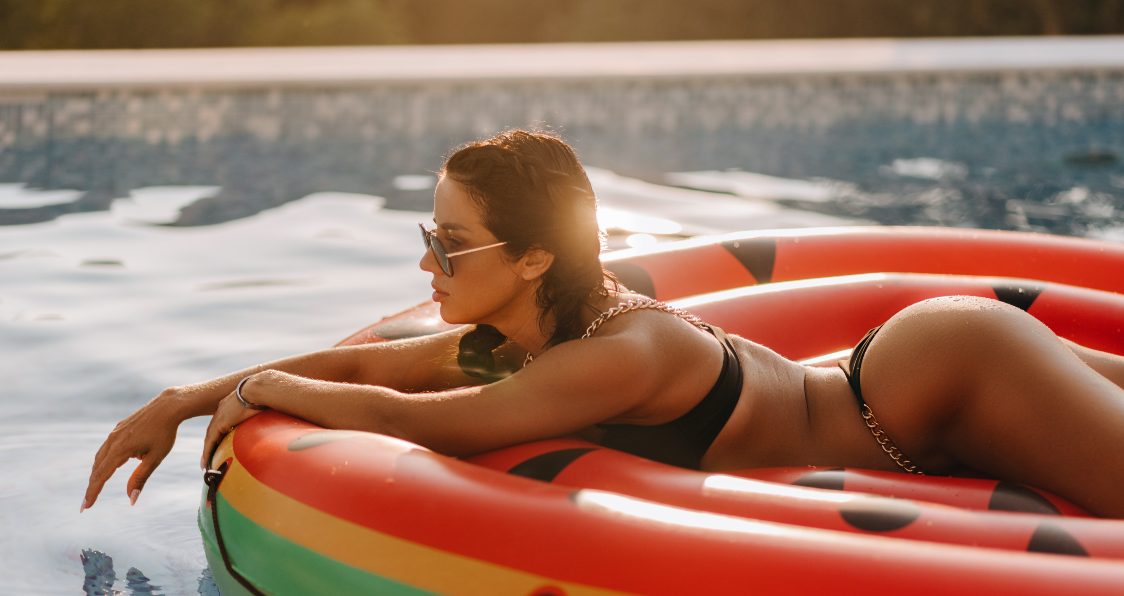 As with many of these exercises, the cable walks work a multitude of muscle groups including the glutes, quads, hamstrings, core, calves and even muscles in the feet.

For this exercise, the pressure will be mostly on the forefoot which is fairly uncommon with many leg / glute based exercises. Therefore, look to dig the toes into the floor throughout.

1) Start by looping two resistance bands around the legs – one above and one below the knees. Squat down so that the thighs are approximately parallel with the floor.

2) Grab the cable, row it into the chest and hold it close to the body while also ensuring that the knees are being pushed out against the resistance band.

3) Holding the body in the squat position and keeping the core tight, take 8-10 steps backward before walking back to the starting position all while preventing the cable from pulling you out of position.

The skater squat is a unilateral (or single limb) exercise which requires strength, mobility, coordination and stability. It will predominantly place stress on the glutes and quads.

Start with just bodyweight and gradually advance to a resisted version of the skater squat.

1) Starting on one leg, engage the core, begin to squat down and push the non-working leg out behind the body.

2) If possible, drop down until the knee of the back leg touches the floor before driving back up to standing. 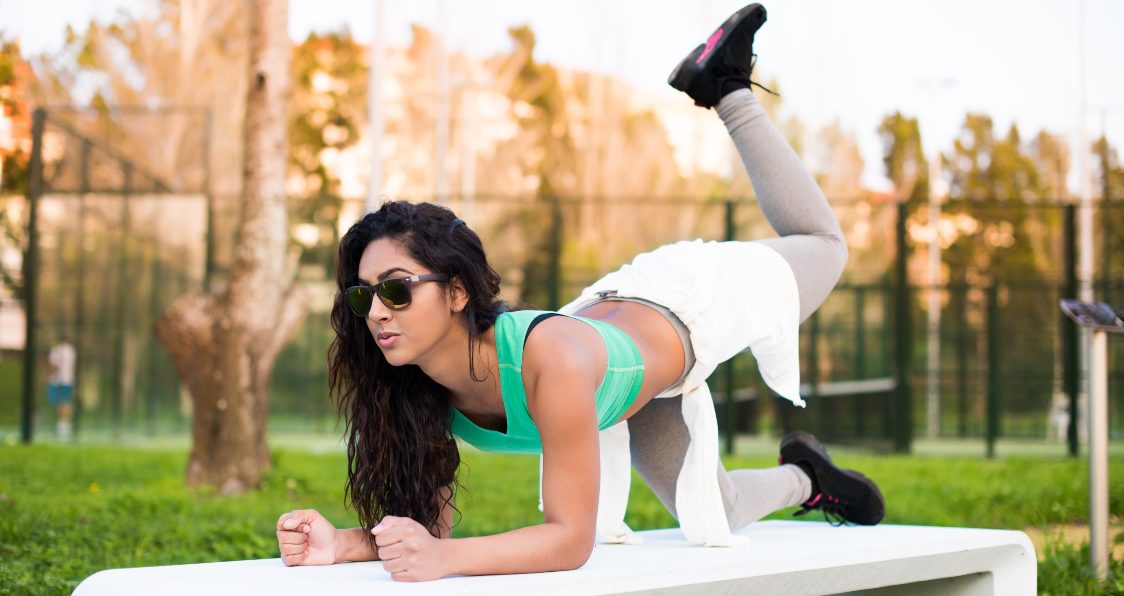 While this is certainly one of the more simple exercises on the list, it is still a highly functional exercise that can effectively serve as a glute activation exercise or as part of a finisher.

1) Place two resistance bands around the legs – one above and the other under the knees.

2) From a seated position, squeeze the core and begin to drive the knees out against the band and control them as they return back to the starting position. Aim to keep tension on both bands throughout the movement.

Regularly performing a number of above glute orientated strengthening exercises will certainly improve the strength and size of the glute muscles. Even more importantly, it will help to facilitate movement, performance and improve overall well being.