The hidden potential in your glutes should not be ignored.

Glutes. It’s perhaps the one muscle group that is least talked about in bodybuilding circles. Most guys are concerned with building up their arms, chest, and back. You can’t blame them really. Out of all the muscle groups the chest and arms are perhaps the most visible of the muscle groups in the body and naturally guys are going to attack what they see rather than the unseen muscles of the hamstrings and particularly in this case the glutes.

In most cases, when many new bodybuilders begin to consider to get their glutes into shape they usually look to the king of all exercises, the squat. There’s a reason it’s been dubbed the king of exercises, namely because it works multiple different muscle groups in the body. The quads, calves, hamstrings, and, you guessed it, the glutes. Squats really are an awesome exercise that should be in everyone’s repertoire. However they aren’t the absolute best exercise to fully activate the glute muscles. 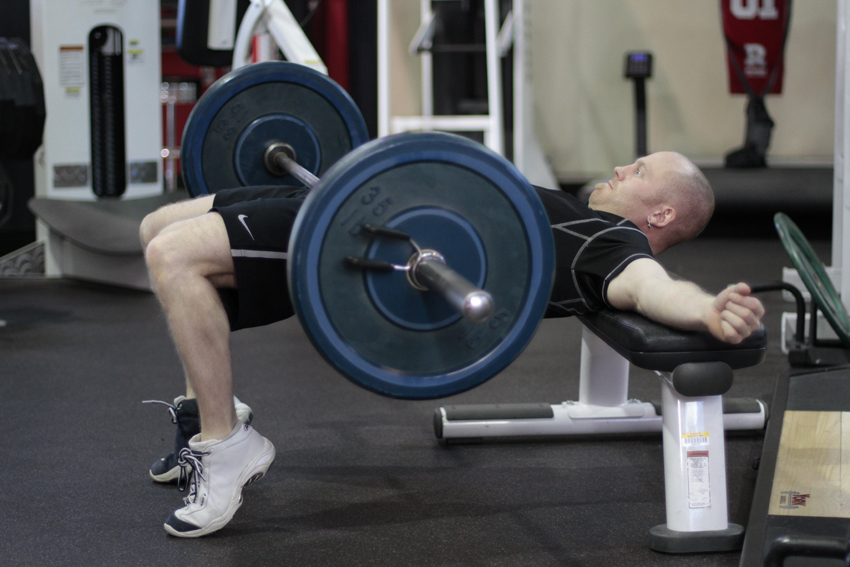 If you’re looking for the key to glute activation then you better consider doing some hip thrusts. Your hips and overall hip strength are key to activating your glute muscles. Pro athletes use hip thrusts to build strength in their hips and core making for some explosive results.