Generation Iron Fitness & Bodybuilding Network
Home Opinion Could This Be the End of the Road for Roelly Winklaar?

After his last few performances were less than impressive, the notion that the career of Roelly Winklaar could be on borrowed time is been floating around. After coming in ninth place at the Romania Muscle Fest Pro, is the end of the road near for the bodybuilding veteran?

Every athlete faces the crossroads of competing and retiring. Its exactly where Roelly Winklaar may find himself currently.

After disappointing showings in his last several stage appearances, Roelly Winklaar appears to have lost a step. The last two years have been tough on everyone, but appears to have been particularly trying for Winklaar.

After being stuck in Turkey due to the pandemic Roelly Winklaar couldn’t train like he usually does. It’s likely that the bodybuilding veteran faced other undisclosed trials as well. But what is clear is that Winklaar hasn’t been in top form as of late. His most recent showings at the Prague Pro and the Romanian Muscle Fest Pro left onlookers with questions. Could the best years of Roelly Winklaar be behind him?

Roelly Winklaar couldn’t crack the top six at the Romanian Muscle Fest Pro. In fact the veteran bodybuilder had to settle for ninth place at the show. It’s a far cry from his dominant victory at the 2018 Arnold Classic Australia or his strong showing at the 2018 Olympia taking third. Even when he wasn’t cracking into the Olympia top three Winklaar was still able to acquit himself well. But now it seems that he just can’t find his stride.

So there’s a couple of ways Roelly Winklaar could maximize his efforts to give it his final push. His recent performances could be a long game to rack up points to qualify early for the 2022 Olympia. If he’s able to qualify early it will allow him to work on his physique ahead of the 2022 show. But perhaps stepping away from the stage could be the one thing Winklaar needs. The rest and recovery could do his body good and the time off could allow him to train and work on things rather than burning the candle at both ends.

So could these recent showings be a sign of Roelly Winklaar slowing down? Or could we see the bodybuilding veteran bounce back? 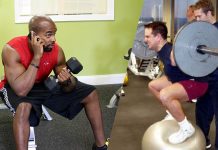 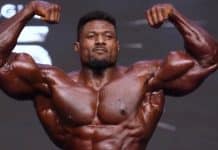 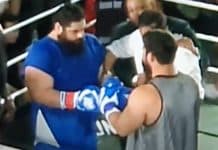 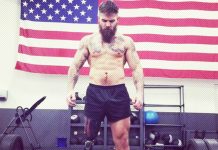