No one could have guessed that Mamdouh ‘Big Ramy’ Elssbiay would be the victor at the 2020 Olympia. So many were focused on the battle between Brandon Curry and the returning Phil Heath to see Big Ramy coming. But if you were to listen to Roelly Winklaar you would have known that Big Ramy was indeed a major threat to the title.

Having trained with Big Ramy extensively in the past, Roelly Winklaar has seen the 2020 Olympia champion up close and personal. The two have pushed each other to become bigger and stronger in their attempt to secure an Olympia victory. Big Ramy was about to make that dream come true and it comes as no surprise to Winklaar. 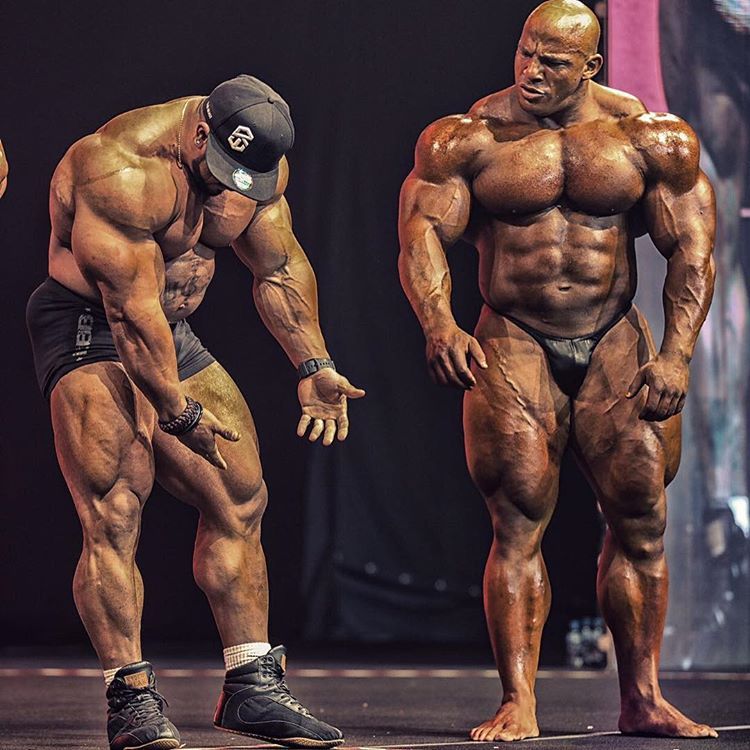 In a recent interview, Roelly Winklaar praised Big Ramy’s physique and stated why he thinks no one else compares to the 2020 Olympia champion.

“I think Ramy’s physique is big, and he was drier than everybody on stage,” said Winklaar “If he can come like that and drier, he can beat everybody again.

“I think if everybody is going to be sharp, it makes it more difficult for him. He was, that day, sharper than everybody. That’s why [he won]. He’s big, [nobody can compare] to him when he’s big and sharp.”

There’s no doubt that Big Ramy was truly impressive at the 2020 Olympia. Many believed he would never hold the title. There are many who even discount his victory because of his special invite. But both of those points are simply opinions. If a competitor steps on stage and looks better than everyone else, there’s no doubt they should win.

Roelly Winklaar believed that Big Ramy had what it takes to secure victory. The kind of package that Big Ramy presented at the 2020 Olympia was his best to date. But can he replicate that for next year’s show? We’ll have to wait and see.

What do you think of Roelly Winklaar and his comments about Big Ramy?