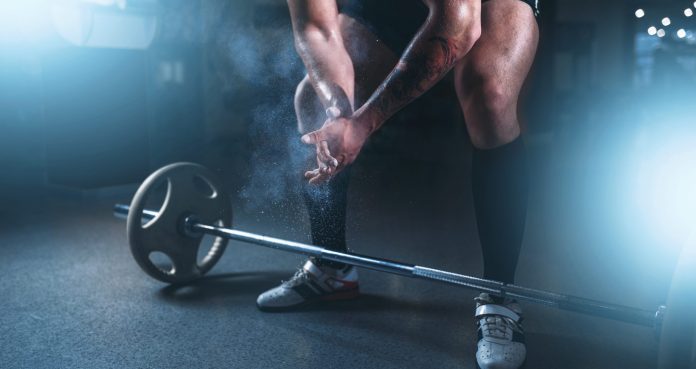 Having weak or inactive glutes can cause a whole host of problems with muscle imbalances, movement mechanics and overall joint health.

Many who experience low back or knee pain may be entirely unaware that their issues may be caused or aggravated by weak glutes.

For many, the best course of action is to perform glute specific resistance exercises and focus on developing glute strength and function.

One of the most commonly used exercises for doing so is the barbell hip thrust which has been found to be a highly effective glute strengthening exercise.

Before reviewing the hip thrust, let’s first have a look at the glutes and understand the role they play in generating movement.

The gluteals are a muscle group that consists of three individual muscles – the gluteus maximus, medius, and minimus. These muscles work together to bring a range of movements around the hip joint.

The gluteus maximus is the biggest of the three muscles and is the most powerful muscle found in the human body.

It is the muscle that is most responsible for powerful, athletic exercises (1) such as deadlifts, squats, Olympic lifts, sprints, jumps, and swings.

As well as this, the iliotibial band extends from the gluteus maximus down to the knee joint in order to stabilize the joint.

Meanwhile, the gluteus medius and minimus, which are smaller muscles, cause hip abduction and rotation while also promoting pelvic stability. 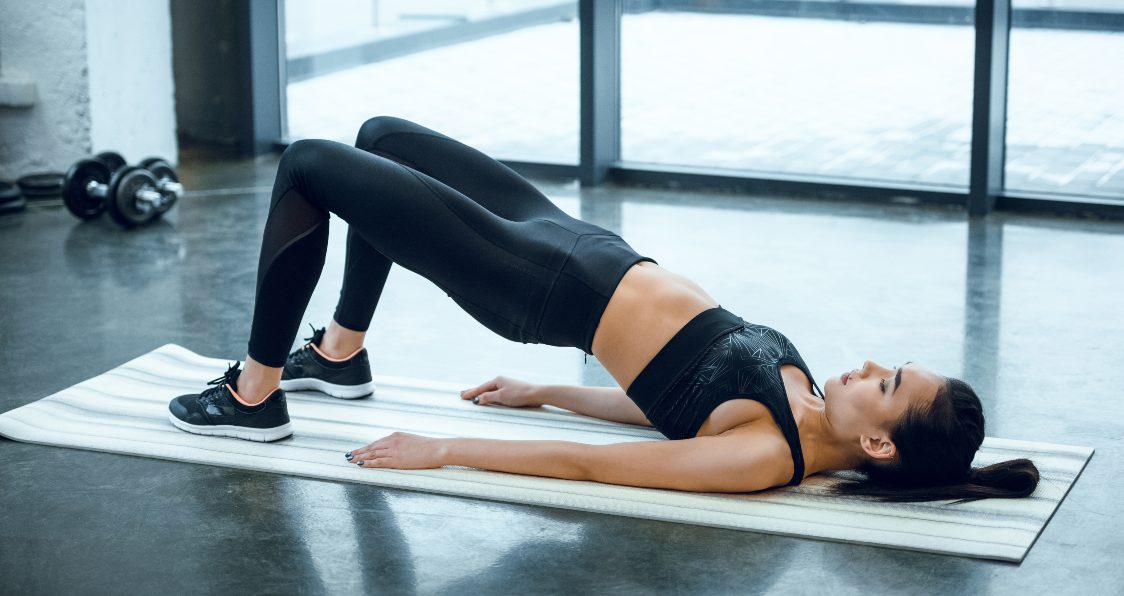 There are a number of hip thrust variations and while the execution of the hip thrust is the same for every variation, the setup may differ.

The following step-by-step breakdown provides details of the setup and drive phase of a conventional barbell hip thrust.

1) Start by placing a bench or box behind the body and a loaded barbell in front of the object. Place a barbell pad around the middle of the bar.

2) Sit on the floor with the upper back in contact with the box or bench so that the trunk is approximately at a 45-degree angle from the floor.

3) Grip the bar slightly wider than shoulder-width and place the pad on the crease of the hips. From there, bend the knees and place the feet flat on the floor just wider than hip-width with the toes pointed out.

4) Prior to initiating the upward drive with the hips, brace the core muscles and dig the heels into the floor.

5) From this position, power up through the hips until the shoulders, hips, and knees are aligned. Pause for a moment at the top of the rep and focus on squeezing the glutes as tightly as possible.

6) Maintaining a core brace, control the descent as the hips hinge to lower the bar back down the floor.

For those who are new to the hip thrust, start with a light weight and gradually build the weight up over time.

If you find that you are having problems with the hip thrust, consider regressing the exercise and load placed on the glutes.

The dumbbell and barbell glute bridge are two excellent exercises that are easier to master than the hip thrust.

The difference between the two is that the glute bridge involves lying flat on the floor rather than having the trunk at a 45-degree angle. 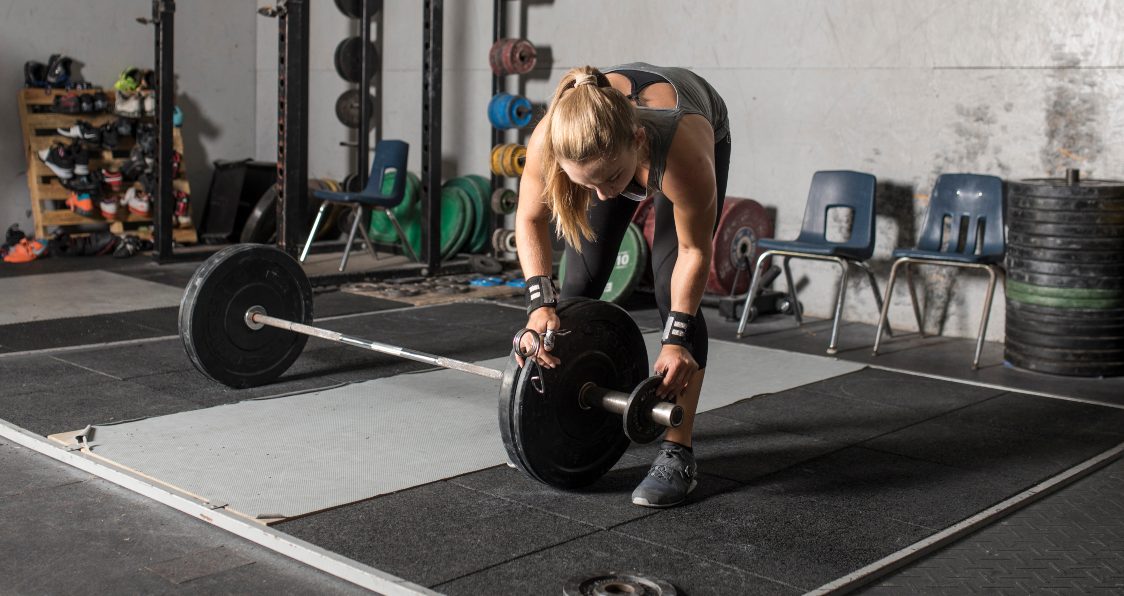 By reviewing the research, it is clear that the hip thrust is an exercise that many should be performing on a regular basis due to its impact on glute strength and function.

This section will detail six lessons that have been learned by incorporating hip thrusts into a strength training program.

1) The Impact On Knee Pain

Knee pain can be debilitating to the point that it impacts simple movements and exercises such as walking or climbing stairs.

Because the glutes play an influential role in hip and knee stabilization, improving the function of the glutes will improve stabilization of both joints thus potentially reducing pain and injury risk.

If you are assessed and told that your glutes are weak then it would be worthwhile incorporating the hip thrust into your training.

While there are other exercises that can be of benefit, such as the squat and deadlift, the hip thrust targets the glutes most highly (2) and as a result, they may be of greatest benefit.

Finally, it must be stated that a number of factors can cause knee pain, however, the hip thrust can certainly help in a number of cases.

In addition to painful knees, the low back is an area where pain and discomfort are commonly experienced.

As with knee pain, there can be many causes of low back pain but often the issue associated with weakness in the core or the glutes.

While core exercises may be beneficial and decrease low back pain for some, the hip thrusts will help to effectively develop the posterior chain which may have a greater impact on the lower back (3).

In addition, when you consider the role that the glutes play it should not come as a surprise that strengthening the glutes can reduce low back pain.

Strong hips, along with the legs and back, help to reduce the load on the lumbar spine by equally distributing stress associated with movement.

Furthermore, they work to prevent the lower spine from excessively rounding and promote efficient movement through the hips, trunk, and legs.

The glutes are the most powerful muscles in the body and therefore are responsible for driving explosive movements.

Therefore, by improving the strength and power output of the glutes through exercises like the hip thrust, it is possible to improve your performance with a number of explosive exercises.

A great demonstration of this can be found in a recent scientific study that investigated the impact of hip thrusts on sprinting. The results indicated that hip thrusts may improve one’s sprinting ability (4).

Further research has backed up these findings and has indicated that exercises that focus on hip extension can improve jump height and overall power output.

Keeping this in mind, hip thrusts will also have a positive impact on a range of exercises including squats, deadlifts, lunges, Olympic lifts, and plyometric exercises such as box jumps. 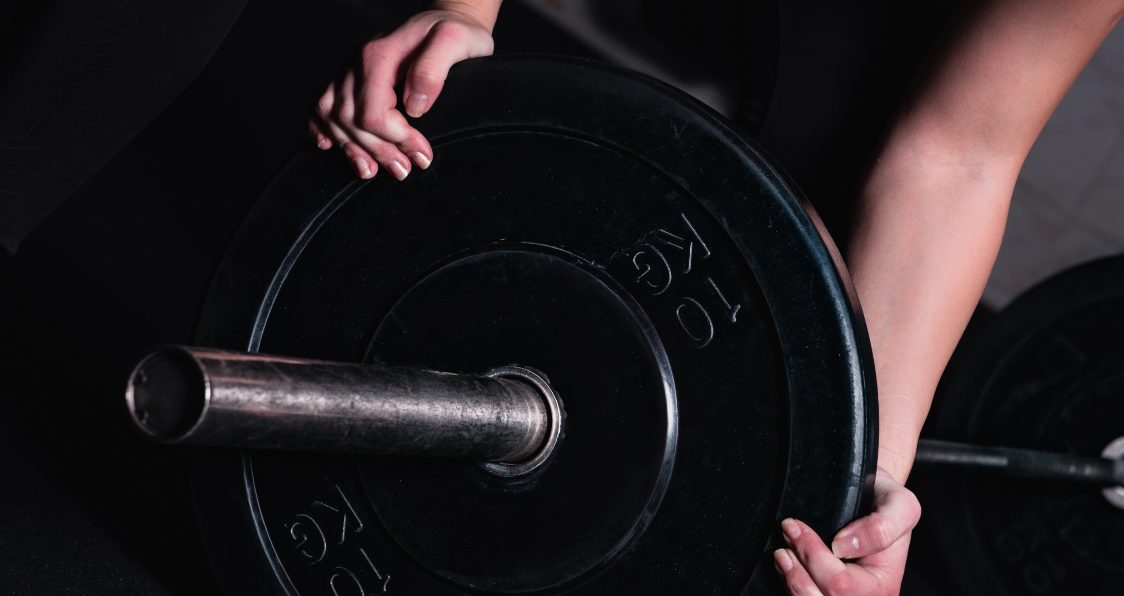 Nowadays, so many have office jobs where they are sat for prolonged periods of the day; combine this with inactivity and the impact on the glutes is substantial.

It should not come as a surprise that many find that their glutes are inactive. This simply means that the glutes are not as strong as should be and do not function optimally as a result.

Using glute targeted exercises will help to improve the level of muscle activation or “wake” the muscle.

By regularly performing exercises like the hip thrust you will begin to feel the glutes working more and more in simple everyday activities like walking.

You will also become more aware of the impact that strong and healthy glutes have on the movement of the hips and stabilization of the body.

Finally, improving the activation of the glutes may help you to feel more confident and stable during heavy resistance exercises such as squats and deadlifts, thus improving performance.

When it comes to building the glutes, by searching the internet you will find that the majority of glute workouts are tailored for women.

When it comes to aesthetics, men do tend to prioritize the chest, shoulders, and arms over everything else. However, improving the aesthetics of the glutes doesn’t just have to be for women.

As reflected on, the hip thrust highly activates the glutes and places a great deal of stress on the muscle which makes it a great choice if you are looking to increase glute size.

Even if your priority is health-based, not aesthetics, you will still find that the hip thrusts force the glutes to respond and increase in size.

While the hip thrust is clearly a superb developer of the glute muscles, for optimal development there are a number of accessory exercises that are worthwhile incorporating into your training.

With any muscle group, there tends to be one primary compound exercise that is used to build strength accompanied by an array of accessory exercises to accelerate progress.

The glutes are no different. The hip thrust, which is the primary strengthening exercise, should be used in conjunction with a number of accessory moves.

If the hip thrust is carefully and appropriately programmed into your training, you will experience a wide range of benefits including reduced pain, decreased injury risk and improved glute strength & size.