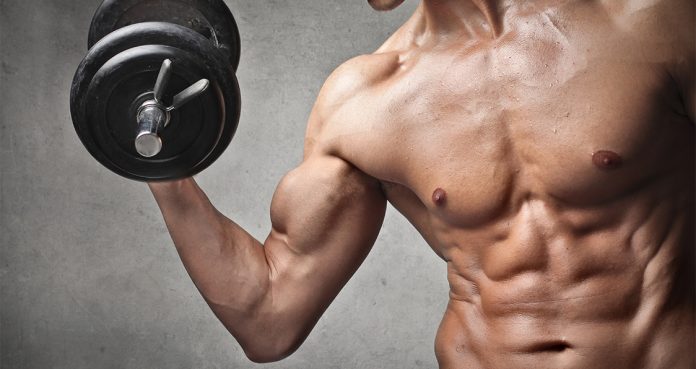 5 Ways To Integrate Powerlifting And Bodybuilding.

The longstanding relationship between bodybuilding and powerlifting has generally been that of a healthy rivalry. But sometimes oppositional thinking can blind one camp to the benefits of the other.

Recently, powerlifting has become increasingly fashionable in the fitness community, and new athletes are rising who are skilled in both powerlifting and aesthetic training, among them are names like Stan Efferding, and Susan Salazar. The following are some of tips for incorporating powerlifting and bodybuilding.

Powerlifters prioritize neurological training, but hypertrophy work (6-15 reps) builds a foundation of actual muscle for that training, which is often neglected by powerlifters. Often the weakest link for powerlifter is not their ability to recruit muscular force, it’s the amount of muscle available for recruitment. Bodybuilders often forget that hard, dense muscle and serious thickness is built with heavy weight. He compares Ronnie Coleman and Phil Heath: one preferred lifting very heavy and the other didn’t. The difference is clear.

To the powerlifters, it’s important to to balance the body. A more complete muscular system will minimize injury, increase strength and mobility, and allow the body to optimally recruit firing patterns.

To the bodybuilders, include some compound movements. Low bar squats are one of the best hamstring and glute builders out there. Paused bench press gives your chest and triceps a completely different stimulation and leads to thickness and growth because you’re starting from a dead point in a different firing pattern. And things like sumo deadlifts can take a lot of pressure off the precious low back while being phenomenal lower body developers.

Most bodybuilders would benefit from occasionally lowering the rep range to 1-3. A more powerful neurological system will always be a driver of muscular gains.
For powerlifters he recommends occasional sessions of over 15 reps. Increased blood flow pulls nutrition into the joints and stimulates growth in slow twitch fibers. It will also help powerlifters walk up long staircases without feeling out of breath.

For bodybuilders, we recommend increasing carbohydrate intake. Carbs help strength performance and can be added slowly and safely into any diet if monitored properly. If you care about strength performance, you need carbs. Powerlifters, by contrast, should have focus on proper macros. Just because strength is king doesn’t mean donuts don’t hurt. He recommends baseline of 1.2-1.5g of protein, 1.5-4.0g of carbs, and 0.3-0.6g of healthy fat per pound of body weight.

What do you think of these 5 Ways To Integrate Powerlifting And Bodybuilding? Let us know in the comments below. Also, be sure to follow Generation Iron on Facebook and Twitter.