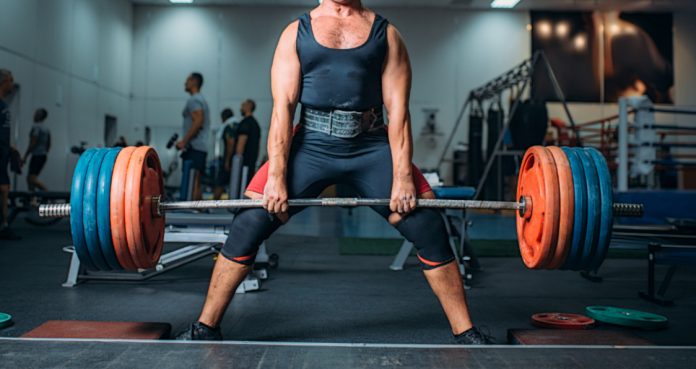 The Importance of the Deadlift

Very few exercises can compare to the deadlift in terms of its ability to simultaneously develop strength, muscle size, power, and athleticism.

It is clear that the deadlift should be a staple exercise for every athlete and avid gym-goers. Especially for those looking to develop a strong back. However, which type of deadlift should you be performing?

There are many arguments that can be made in favor of both the conventional and sumo deadlift, however, the purpose of this article is not to discuss conventional vs sumo, rather it will provide a guide to both.

It will investigate the kinematics of both movements, help you to understand when to use each stance and provide tips to allow you to establish which stance suits you best.

Kinematic Differences Between the Conventional and Sumo Deadlift

There are a number of apparent visual differences that can be seen between both the conventional and sumo deadlift.

With that being said, both movements have a large number of form similarities including a neutrally aligned spine and head, activated lats and hips, strong grips and engaged core musculature.

The more advanced lifter may be able to pinpoint specific differences between both stances and have a greater understanding of force transfer and muscle activation.

In terms of muscles activated, the sumo places a great demand on the glutes, hips and legs whereas the conventional stance recruits the low back and hamstrings more heavily.

A recent study found that the rate of activation of the vastus medialis and lateralis (quadricep) were greater during a sumo deadlift.

Similarly, the rate of medial gastrocnemius and tibial anterior activation were significantly different between both deadlift styles (1).

This highlights that both upper and lower muscle groups of the leg are activated in different fashions.

The sumo involves a much wider stance than the conventional which significantly changes the biomechanics of the exercise.

The sumo stance places the trunk in a much more upright position and also alters the position of the thighs (2).

In addition to this, the feet are more significantly turned out and the grip on the bar tends to be narrower in the sumo in comparison to the conventional.

All of these slight technique adjustments contribute toward altering the kinematics of the sumo when compared to the conventional deadlift.

How To Perform the Sumo and Conventional Deadlift

This section will explain how to effectively setup and execute both the sumo and conventional deadlift.

As you will see, once the set-up has been completed, the execution of both exercises are the same.

– Start with feet hip-width apart
– Place the feet directly underneath the bar with toes slightly pointed out
– Drop down to the bar by pushing the hips back and hinging the knees
– Ensure that the hips are higher than the knees
– Grip the bar tightly with hands approximately shoulder-width apart
– Lift the head, drive the chest up, squeeze between the shoulder blades and brace the core
– Drive powerfully through the heels and keep the bar tight to the body
– Drive the hips into the bar by squeezing the glutes at the top of the rep
– Reverse the movement and drop the bar back to the floor

– Start with feet wider than hip-width
– Place the feet directly underneath the bar and turn the toes out (approximately 40 – 45 degrees)
– Drop down to the bar by pushing the hips back and hinging the knees
– Ensure that the hips are higher than the knees
– Grip the bar tightly with hands slightly narrower than shoulder-width apart
– Lift the head, drive the chest up, squeeze between the shoulder blades and brace the core
– Drive powerfully through the heels and keep the bar tight to the body
– Drive the hips into the bar by squeezing the glutes at the top of the rep
– Reverse the movement to drop the bar back to the floor

For those athletes or highly conditioned individuals, it would be wise to use both deadlift styles in training.

There is a lot to be gained by performing both styles – especially if you have only ever performed one style.

To determine which deadlift stance you should focus on, you can ask yourself a couple of questions that will help to guide you.

Firstly, which style looks and feels most athletic and most natural? Secondly, with which method can you lift the most weight?

If the answer to both questions is the same, it would be wise to stick with that stance.

If you have never performed the deadlift, it is recommended to start with the conventional deadlift first and then move onto the sumo at a later date, if necessary.

Don’t be under any illusions, the sumo stance is equally as challenging as the conventional deadlift, so be prepared to spend time working on it.

If you are beginning to deadlift using a new stance, it is recommended to use a lighter weight and start from the blocks rather than the floor. Over time, gradually work down to the floor.

Doing this will facilitate the process of learning the new technique while simultaneously allowing you to build strength.

Having attempted both the conventional and sumo deadlift for an extended period, it should eventually become clear which stance allows you to lift the most efficiently lift heavy weight.

Be aware that it can take time to understand which stance suits you best.

Even if you feel like you have great technique, it may be the case that there are stabilizing and supporting muscle groups that are not quite strong enough yet to facilitate a powerful deadlift.

Given time and patience, these muscles will strengthen and you may then find that the stance you believed to be best is actually inferior to the other.

It is true that the stance that allows you to lift the heaviest load should be prioritized as lifting the heaviest loads possible, in a safe manner, will certainly have the greatest impact on your strength levels (2).

However, it is also useful to look at the mechanics of the movement as this can often be the key to unlocking pure strength.

With both stances, the bar should move in as straight a line as possible from the floor directly up to the hips. Any deviation from this path will impede performance.

Allowing the bar to drift away from the body will cause the body to expend and waste energy as it fights to maintain control.

However, moving the bar in a smooth, vertical path will preserve energy and therefore has the potential to facilitate performance.

Keeping this in mind, it is important to select the stance that facilitates this most efficient bar path.

Let’s say that you can lift heavier with the conventional deadlift but your technique for the sumo is much cleaner and the bar move more efficiently, it may be worthwhile shifting focus for a time.

A more efficient lift will allow you to train with greater intensity, frequency, and volume – all which have a direct impact on strength gains and muscle growth.

There is no denying that limb and trunk lengths have an impact on deadlift performance.

Research has indicated that those with long limbs may be at a mechanical advantage when it comes to performing the deadlift (3).

Furthermore, another study has found that the conventional style may be more suitable for those with longer torso whereas those with shorter torsos may be better at sumo. (4)

However, there’s nothing that can be done to change your body type.

Instead, your focus should be placed on the things that can be controlled – factors such as attitude, technique, strength levels and muscle size.

The final consideration that must be made is the training goal that you have set for yourself.

For example, if you are a competitive powerlifter, then it would make sense to predominantly focus on the stance that will allow you to lift the heaviest in a competition.

A useful rule of thumb when deadlifting for powerlifting is to use your competition stance 80% of the time and use other variations for the other 20%.

If your goal is to generally improve strength levels then a mixture of both the conventional and sumo deadlift will lead to efficient strength improvements.

Both deadlift stances will effectively train muscle groups the length and breadth of the body while accelerating strength and power improvements.

While it is true that there are differences between the two deadlift variations, both have their place within a strength program.

If you are unsure which stance suits you, try them both and employ a number of the above tips to help make things more clear. 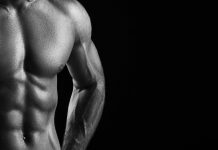 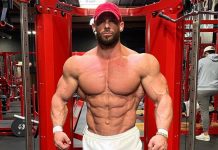 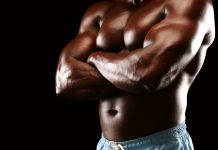