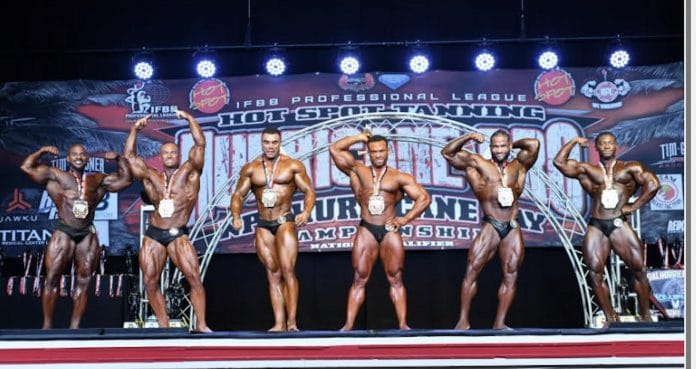 The Classic Physique division headlined the 2021 Hurricane Pro and it was Alex Cambronero who took home the title. This event saw many elite competitors gather to the Coliseum in St. Petersburg, FL to put on a strong show. This is one of the competitions where athletes looked to get back on stage post-Olympia hoping to build on some momentum.

This includes Lauren Dannenmiller, who earned a top-10 finish at the Olympia. The Bikini division was the largest at the show and Dannenmiller put on an impressive performance. Jourdanne Lee was also back on stage after making an appearance in Orlando.

The Men’s Physique and Figure divisions also featured some talent to watch. Autumn Cleveland and Sandra Grajales were some of the competitors to watch in Figure heading into the competition. The Hurricane Pro was a chance for athletes to get back on stage quickly following the Olympia.

There were a total of 10 divisions at the Hurricane Pro looking to take home prizes. The full results have been announced. Check out the full breakdown from the event below! 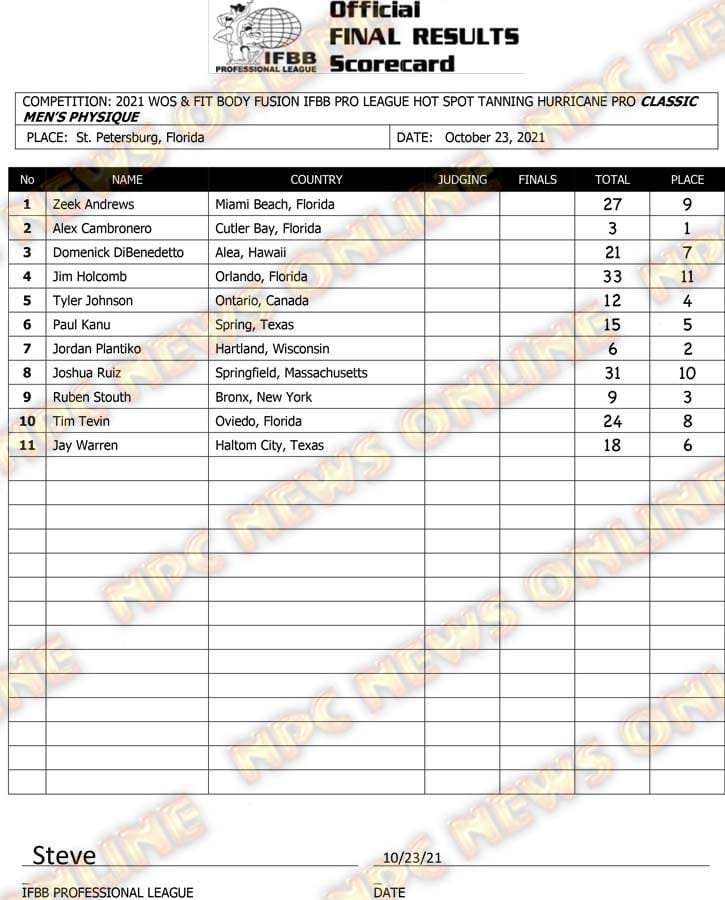 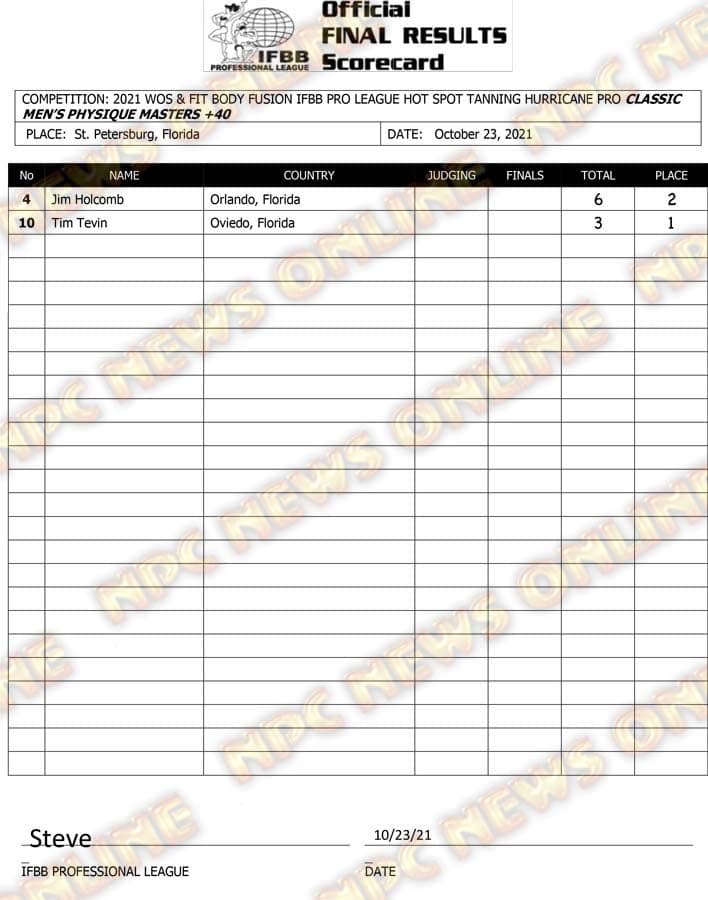 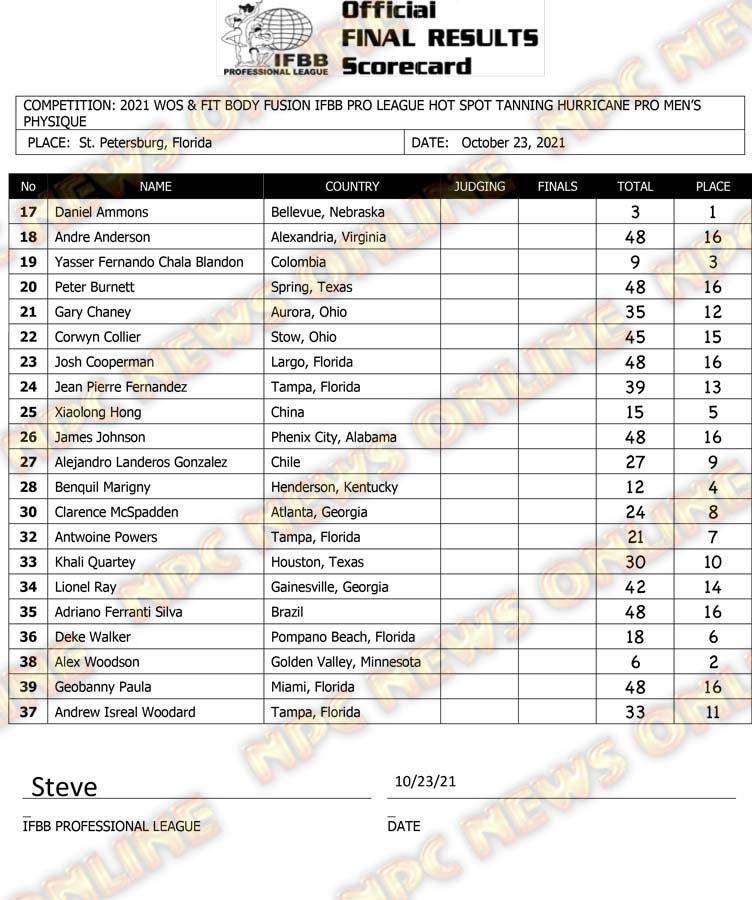 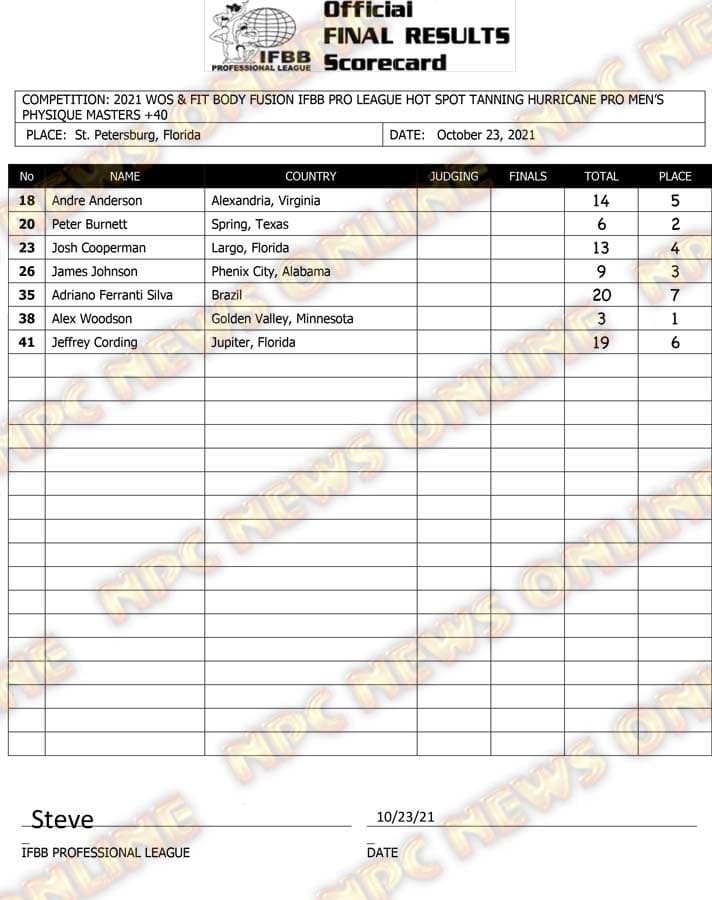 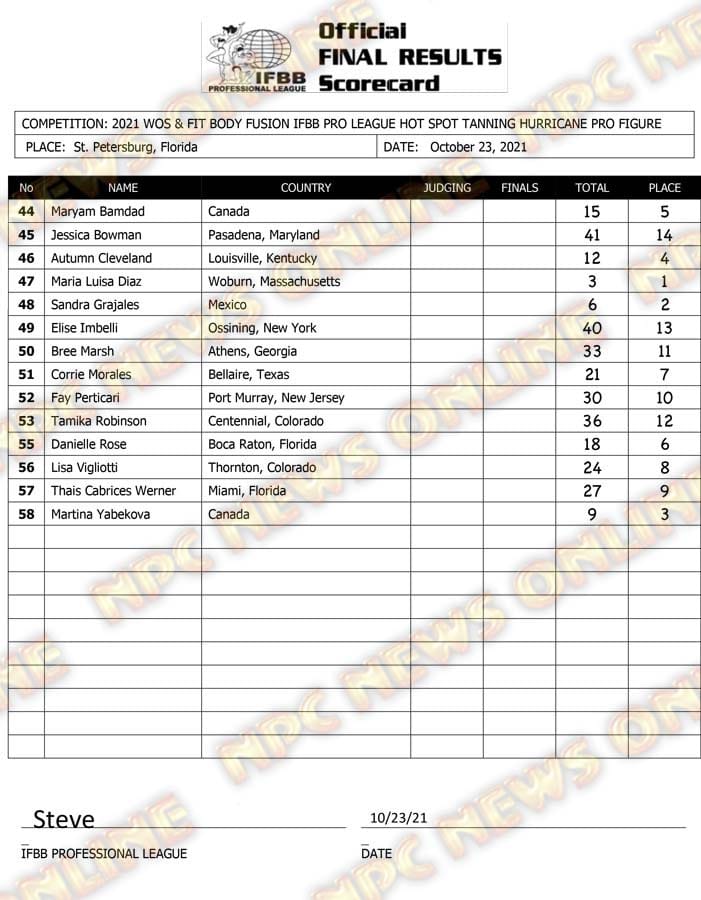 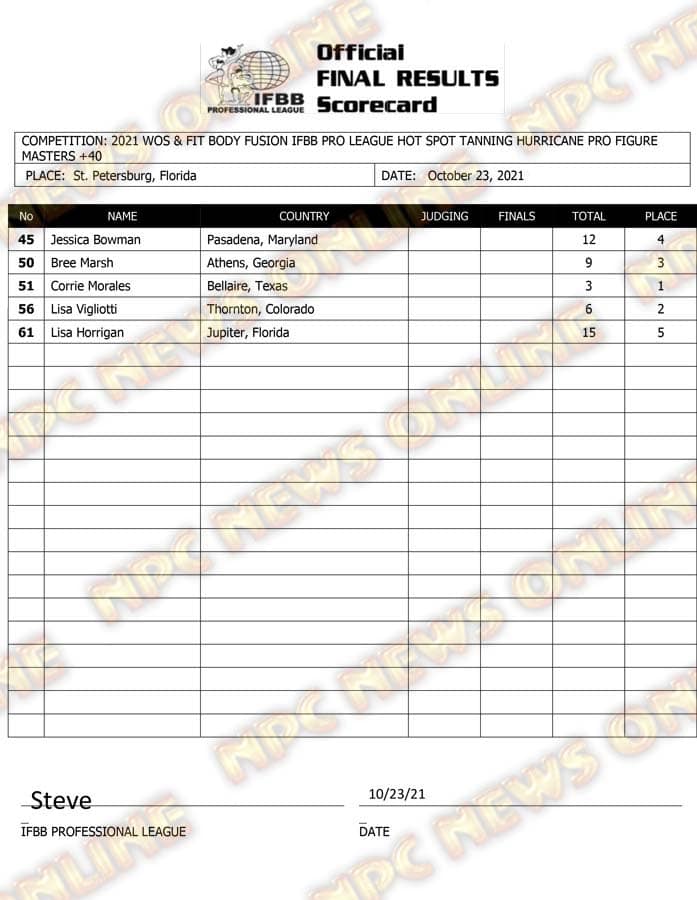 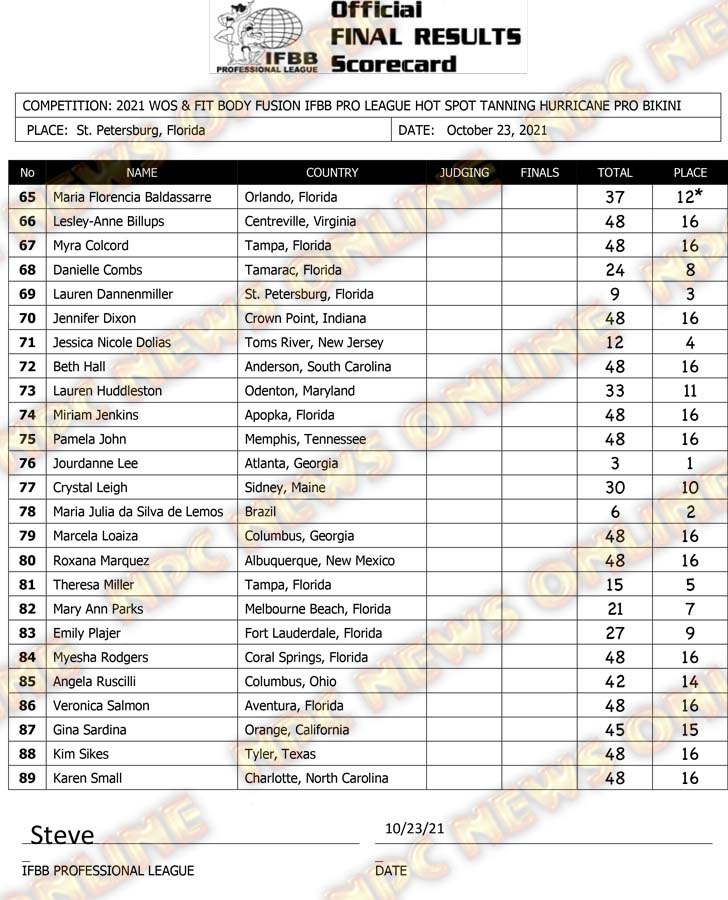 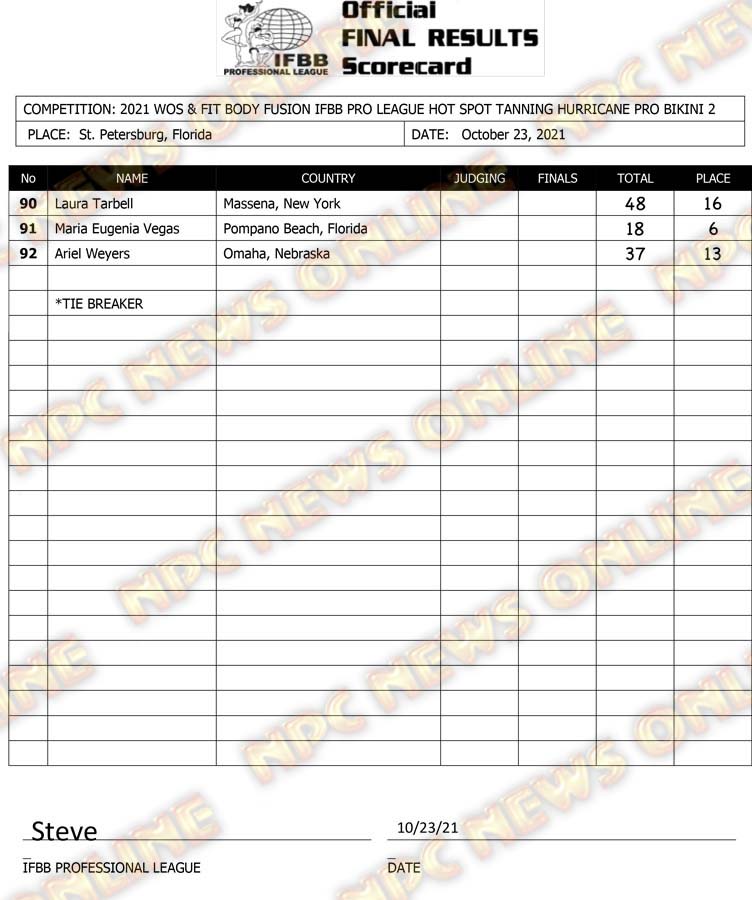 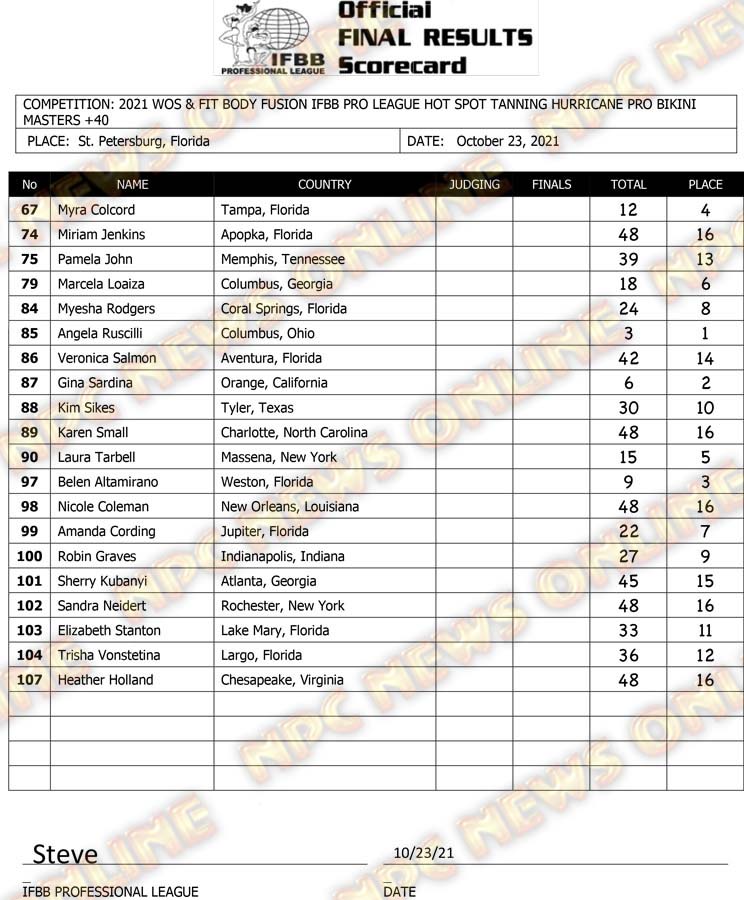 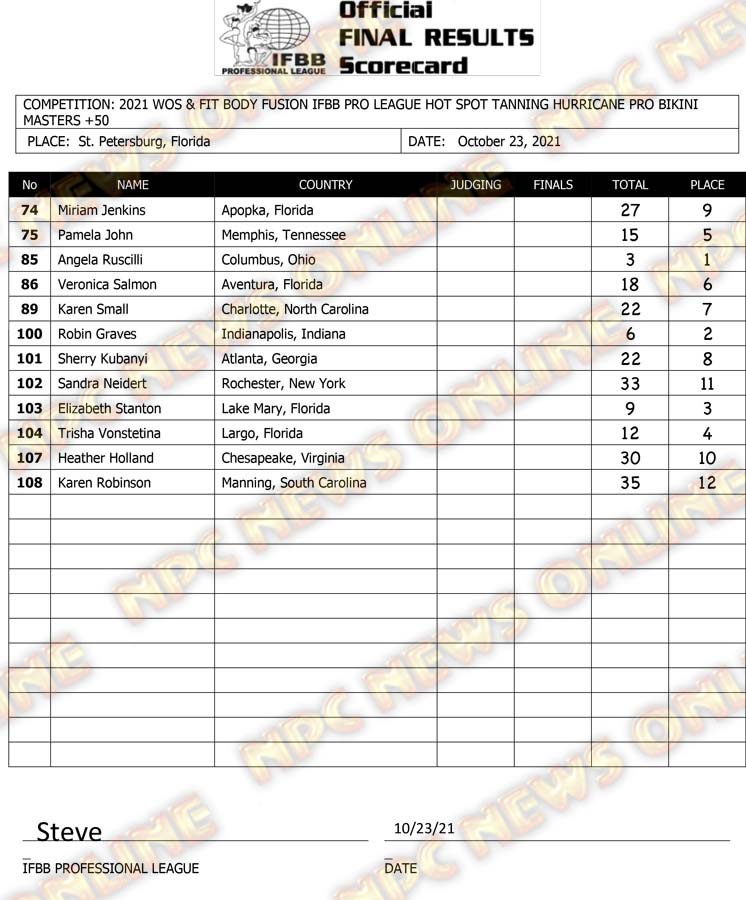 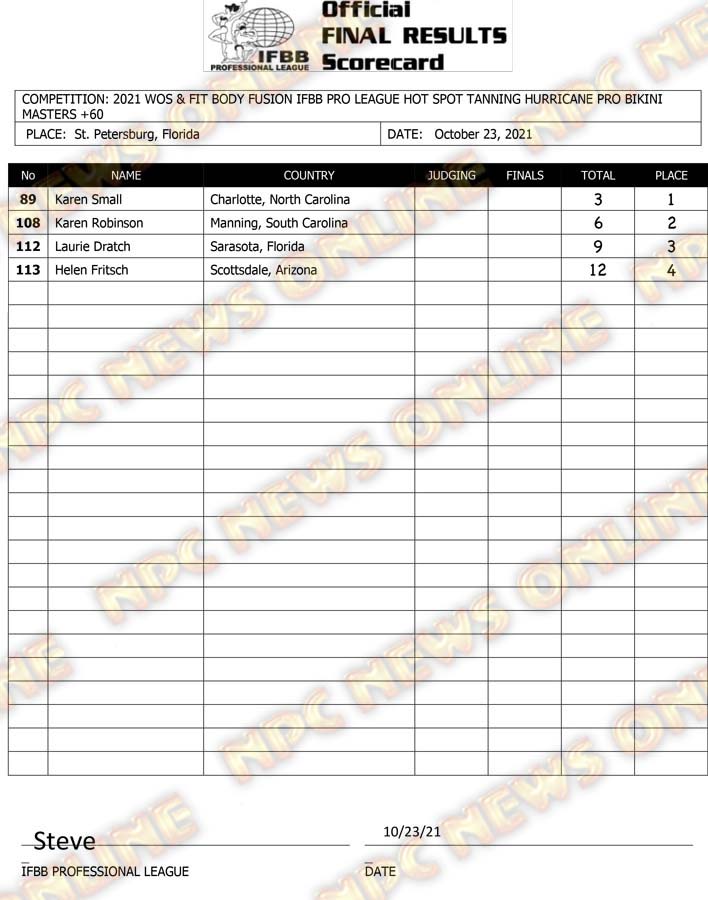 Generation Iron wishes to congratulate all the great athletes who earned a win at the 2021 Hurricane Pro. Make sure to check out our full IFBB Pro results page from this year and previous years right here to catch up on any action you may have missed!