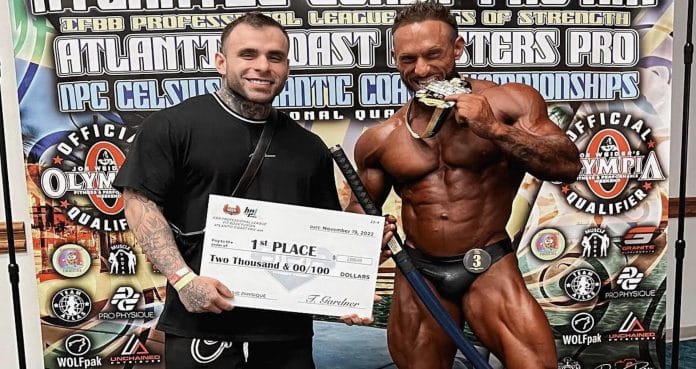 Here are the full results of the 2022 Atlantic Coast Pro!

The 2022 Atlantic Coast Pro took place over the weekend with four divisions being on display. Fort Lauderdale was the location where Classic Physique, Men’s Physique, Bikini, and Women’s Physique competitors took the stage looking to punch tickets to the 2022 Olympia.

In the end, Andre Ferguson highlighted the competition with a victory in Men’s Physique. Ferguson earned his first victory of the year and will return to the Olympia, where he has appeared five times. Anthony Barbera will also make an appearance in Classic Physique after earning this victory.

The full results from the show have been announced. Checkout the full breakdown of the show, including official score cards, below. 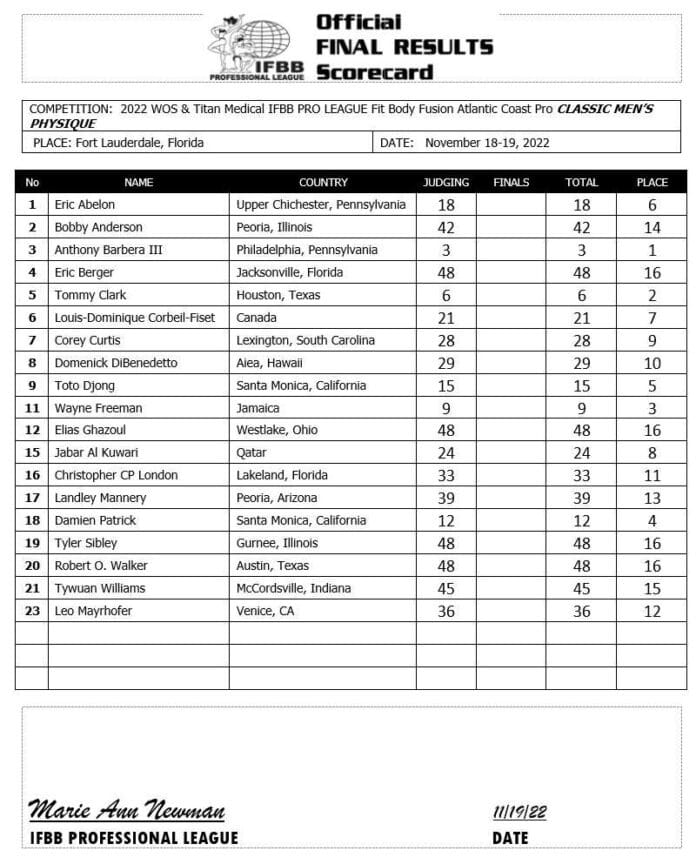 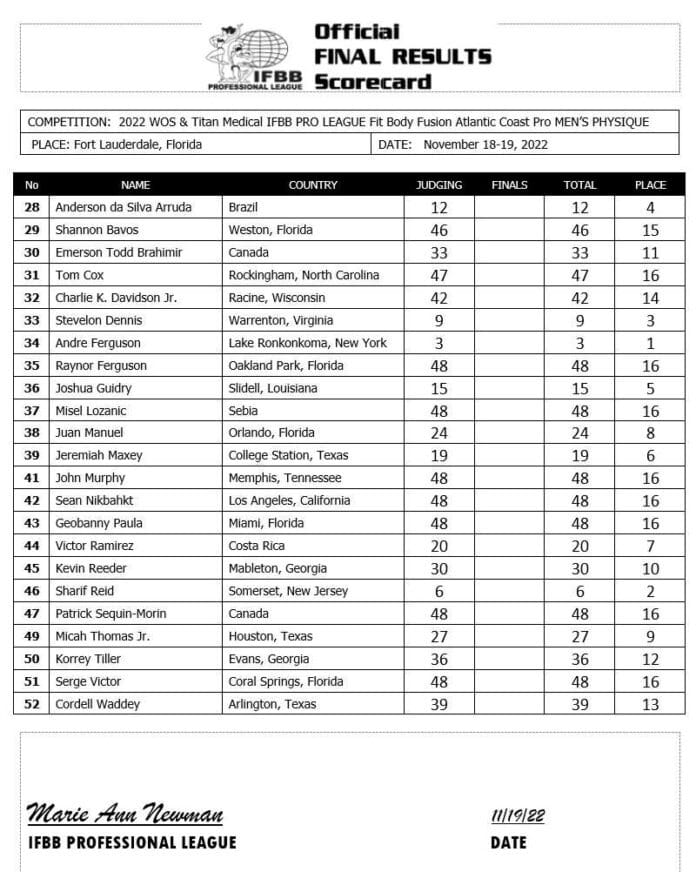 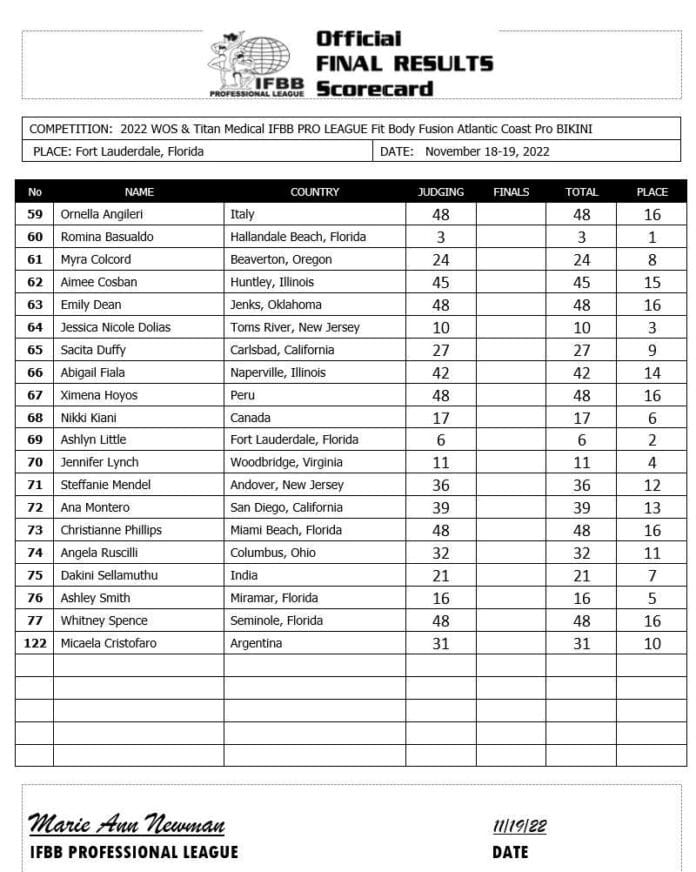 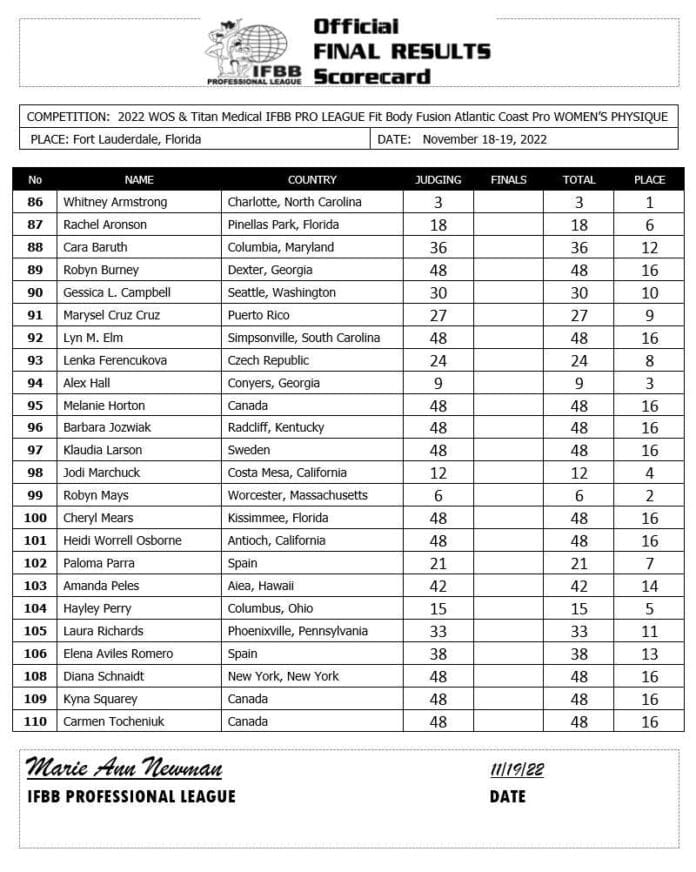 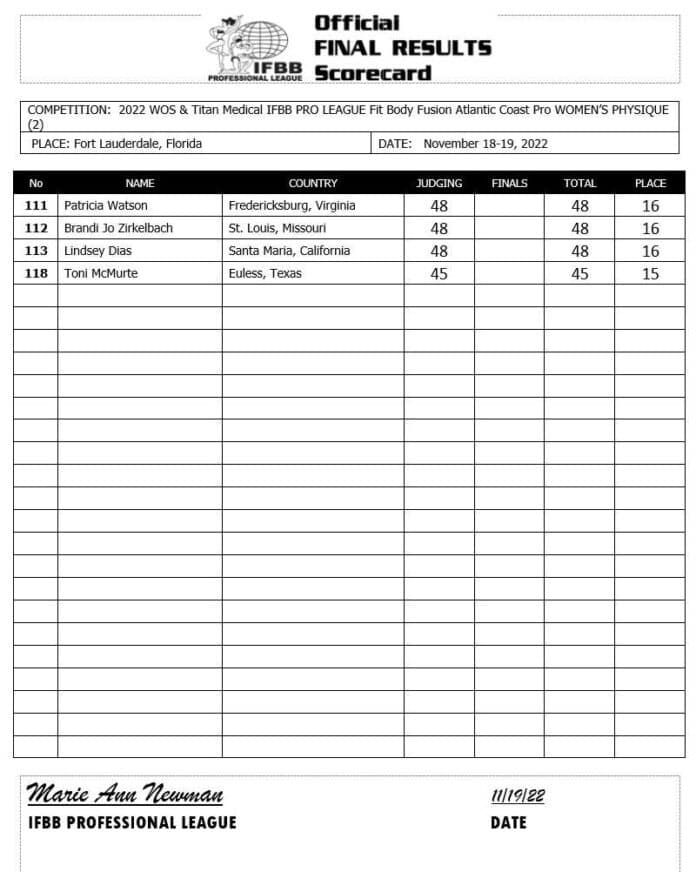