Akim Williams is reaching a new level as he showcases some insane gains.

There’s no doubt about it, Akim Williams has become someone to keep a close eye on in the Men’s Open Bodybuilding division. His recent gains are proving to be incredible. Akim Williams could prove to be a threat to the top of the division.

The 2020 Olympia featured the the best bodybuilders on the planet. With the battle between Brandon Curry and Phil Heath a hot topic of conversation, it Big Ramy’s victory all the more shocking and exciting. But just as many overlooked Big Ramy, many overlooked Akim Williams as well.

The physique that Akim brought to the Olympia stage was truly impressive. His physique was so impressive in fact that he was close to cracking the top 5 in the division.

There’s no doubt about it, Akim Williams acquitted himself well and put the division on notice. While he placed 9th at the 2019 Olympia, at the 2020 show he jumped to 6th. When you consider the fact that this was the show that saw the return of both Brandon Curry and eventual winner Big Ramy, and that he beat out Iain Valliere and Dexter Jackson, Akim placing 6th is a significant feat.

With the 2021 Olympia in October, Akim Williams is looking to get into top form to qualify for the show. He obviously has the motivation and the drive to prove that he can crack the top 5. But a recent post on his Instagram story shows that not only is a top 5 placing could be a possibility, but a top 3 placing isn’t out of the question. The Instagram story features a back progress pic, a truly impressive one at that. 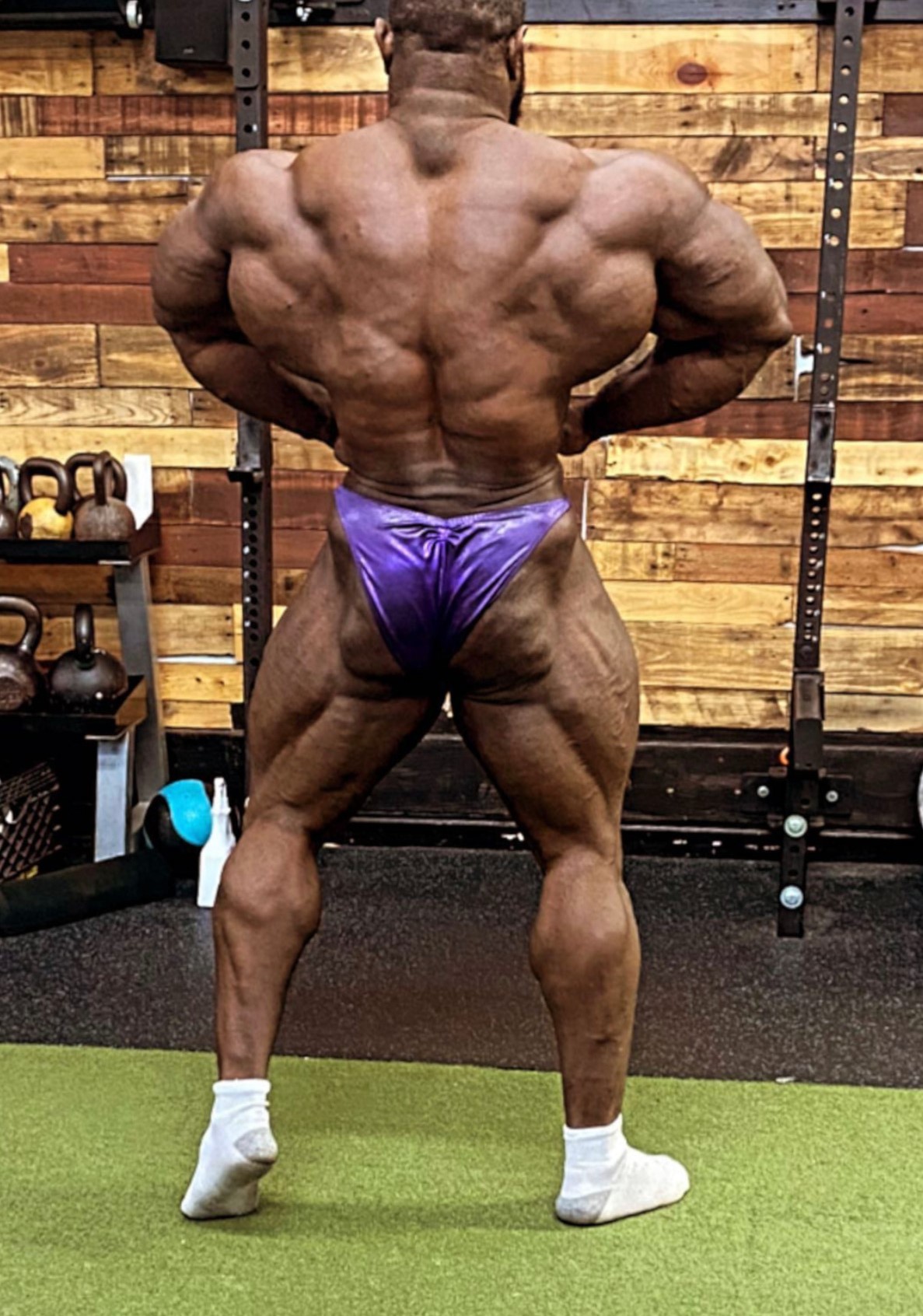 This progress pic shows just how insane Akim’s proportions are. This rear lat spread is truly insane. Akim Williams has the kind of insane genetics that could potentially set him apart from the rest of the division.

If Big Ramy was able to shock the world with his 2020 Olympia showing, this progress pic shows that Akim Williams has the potential to shake things up in the division. When Akim qualifies for the Olympia (since it’s definitely a foregone conclusion), there’s no doubt that he’ll be putting a ton of pressure on the top of the division.

What do you think of the current physique of Akim Williams?