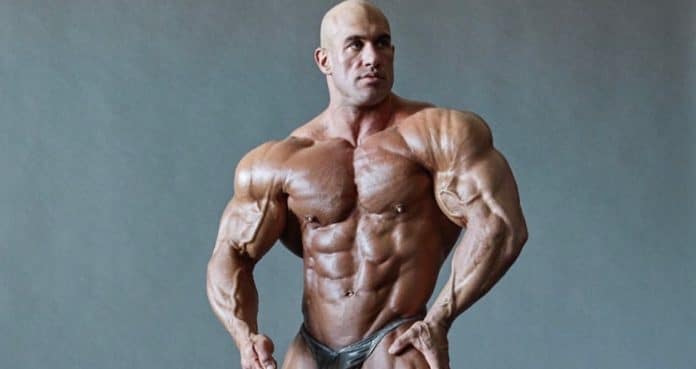 It appears that Antoine Vaillant is being forced out of bodybuilding competition due to heart issues. The bodybuilder talked about his recent issues and his frustrating journey to discover what’s going on with his heart.

Having health issues keep you from doing what you love can be a truly irritating prospect. Competitive athletes have to deal with injuries all the time that prevent them from performing. A torn muscle or a broken bone can be a truly debilitating injury that can keep you from training and executing when it’s game time. But what can be even worse is having a health issue that isn’t so easily fixed. For Antoine Vaillant that very issue is his heart health.

A talented bodybuilder with a ton of experience and up side, Antoine Vaillant has a great deal left in the tank. Unfortunately he’s been unable to return to the bodybuilding stage due to health issues revolving around his heart.

In a recent video, Antoine Vaillant explained what is going on with his heart issues and how it’s kept him from competing. Vaillant touched on the fact that his initial tests were favorable. Then he did the calcium scoring tests and things began to look grim.

“Then I did the calcium scoring test to see if there would be markers of possible, potential plaque buildup and clogged arteries and things of the sort. As Dr. Khan hooked me out with this and that, I went to this clinic and did this CT scan, it’s like a big donut, a big MRI thing, a deep one. I hate those.

“So it was just like a little donut you go in there, and it was without the dye for the contrast. It was just a scan to get the calcium score.

“He was kind of like; well, I was freaking out after. He wasn’t freaking out, but he told me after that we need to do further testing because I’m in the 99 percentile. I said, “what does that mean?” He said, for my age and gender, I’m into 99 percent, I’m in the 1 percent, so 99 percent of people that are my age and sex have a better result than me. So what the hell.

“Anyways, it said for my section of age or the 99 percentile or whatever, that I would have a heart attack possible, or a heart attack in 3-5 years.”

To hear what else Antoine Vaillant had to say on his current predicament, see the video below.