Generation Iron Fitness & Bodybuilding Network
Home Strength and Beauty Arnold Sports Festival 2019: Elisa Pecini is One to Watch in the...

Elisa Pecini could open a lot of eyes at the 2019 Arnold Sports Festival.

The 2019 Arnold Sports Festival in Ohio is coming and one of the stars of the bikini pro stage, Elisa Pecini, is a young woman that has battled through a lot to develop an incredible physique and a strong mindset.

Elisa Pecini has already overcome a lot of obstacles in her life adding to her competitive spirit and conviction. Pecini always felt that something bigger was coming her way. After struggling a lot with anorexia and bulimia she had to face a near death experience in her younger days.

“I USED TO WALK AROUND AND CALL A LOT OF ATTENTION, PEOPLE WAS LOOKING AT ME BECAUSE OF MY CONDITION (TOO SKINNY) BUT IN MY HEAD I WAS THOUGH THAT WAS BECAUSE I WAS FAT,” Said  Pecini.

From 13 to 15 years old, Pecini weighed around 81 Lbs at a height of 5 feet. She eventually found herself in the hospital where she would remain for 40 days receiving much needed treatment. After this terrifying experience she decided to look to new horizons with hopes of living a healthier and happier life. That when she first discovered lifitng.

She fell in love  immediately and 8 months later she discovered Bikini Pro and started her journey towards the stage. At the age of 18 she started her career, with no support or experience, she researched and finally found her place in the fitness world. Within one year she turned into a professional athlete building up a respectful career. International recognition and owner of exceptional beauty, she continues to compete on the most difficult stages with great results.

During her short career, Elisa Pecini has already stepped on the competitive stage 29 times, building a great resume in the process. Her win came at the Tampa Pro in 2017, earning her first opportunity to compete at the Olympia. At her first Olympia she placed ninth, but she kept evolving and finally in 2018 she was in the first callout and was in the top 4. 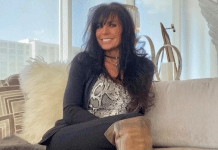 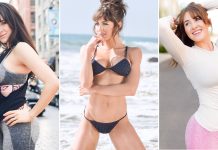 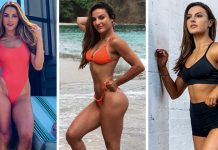 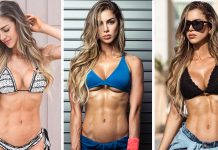 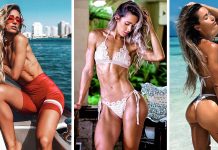