Legendary pro wrestler “Beautiful” Bobby Eaton passed away on Wednesday at the age of 62. The cause of death is unknown at this time.

Eaton’s sister, Debbie, took to Facebook to post the news of his death. Eaton was hospitalized in July after a fall that injured his hip and broke multiple fingers but it is unknown if this incident was connected to his death.

“I never wanted to have to post this ,but my Little Brother Beautiful Bobby Eaton passed away last night,” Debbie Eaton Lewis wrote on Facebook. When i find out all the details i will post them. Bobby was the kindest ,loving person you would ever meet . I loved him so much and going to miss him.”

Bobby Eaton made a name for himself as a tag team wrestler. He debuted at the age of 17 in NWA-Mid America before moving to the Continental Wrestling Association in 1980. As a member of Mid-south Wrestling, Eaton became a part of the Midnight Express, a tag team where e partnered with Dennis Condrey. This duo later moved to World Championship Wrestling, better known as WCW.

After a short hiatus from WCW, Eaton returned in 1993 and was a large figure in the company. After beginning to slow down in the ring, Eaton went to work for NWA-Mid Atlantic, where he helped form a new era of the Midnight Express. On October 23, 2015, Eaton wrestled his final match against Ricky Morton. This was a flashback to the legendary feud between the Midnight Express and Rock ‘n’ Roll Express.

Eaton enjoyed a nearly 40-year career that included six NWA-Mid America tag team championships along with three WCW tag team titles. He was inducted into the Pro Wrestling Hall of Fame in 2019.

Many pro wrestlers shared their condolences on social media and that includes Ric Flair.

“So Sad And Sorry To Hear About My Close Friend And One Of The All Time Greats, Bobby Eaton! Beautiful Bobby And The Midnight Express Were One Of The Greatest Tag Teams In The History Of The Business! Rest In Peace!”

So Sad And Sorry To Hear About My Close Friend And One Of The All Time Greats, Bobby Eaton! Beautiful Bobby And The Midnight Express Were One Of The Greatest Tag Teams In The History Of The Business! Rest In Peace! 🙏🏻🙏🏻🙏🏻 pic.twitter.com/DWTKeeL7wz 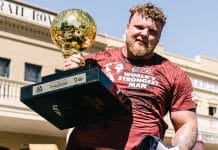 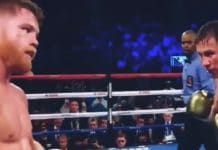 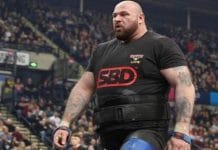 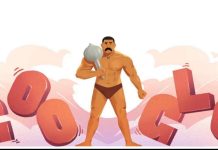 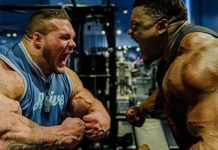