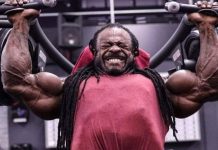 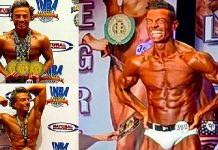 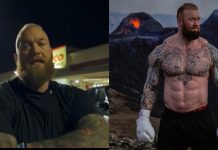 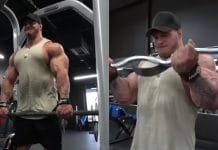 Bruce Buffer considers himself a man of class and was unhappy with the press conference antics of megastars Conor McGregor and Floyd Mayweather.

Bruce Buffer is known as the “Veteran Voice of the Octagon” in the UFC. He is essentially the voice of the UFC the same way his brother, Michael Buffer, is synonymous with his boxing announcing and his catchphrase “Let’s get ready to rumble!” So when Generation Iron had a chance to sit down with Bruce for an interview, we wanted to get his inside scoop on one of the biggest crossover fighting events in history – Conor McGregor vs Floyd Mayweather. In our latest GI Exclusive interview, Bruce Buffer expresses his unhappiness with how Conor McGregor and Floyd Mayweather conducted themselves before the big fight.

Conor McGregor and Floyd Mayweather are both known as masterclass fighters. But they are also known for being some of the biggest personalities in the combat sports world. Smack talk, antics, and intensity are all commonly found in these two fighters before they gear up for their next bout. So it came as no surprise that when these two superstar fighters geared up to battle (in a crossover fight many thought would or could never happen) that there was a lot of mud slung between them.

Many fans of the sport find this to be part of the entertainment, that it actually helps the sport become more popular and gain more interested viewers. Others think it takes the respect out of the sport. That class and sportsmanship are key to good athletic events. Bruce Buffer appears to fall on the class side of the argument.

Actually, he literally says it during our interview. “I’m a man of class.” he confidently says during his conversation with Vlad Yudin. He says this in reference to his thoughts on the Conor McGregor vs Floyd Mayweather fight. Specially, he had a problem with the pre-fight antics and press conference.

Bruce Buffer believes that the massive amount of cursing, smack talk, and mud slinging is all bad for the sport. That boxing and MMA should be sports of class that focus on one thing and one thing only – the ability of the fighters in the ring.

McGregor and Mayweather just so happen to be some of the biggest fighters in the world. So could it be that Buffer’s opinion about antics are not shared by majority of the MMA and boxing community? It’s hard to say. While both of these fighters are known for their scene stealing antics, they are also incredible fighters. Would they have the same kind of draw based solely on their fighting skills?

Bruce Buffer ends it on a note about the next generation. He tells a quick story of his children watching the Conor McGegor vs Floyd Mayweather fight. When it was over they seemed downtrodden. When he asked why, they said that it was because of all the smack talk and swearing. Could it be that people actually want more class out of the sport than we are being given?

Watch the our latest GI Exclusive interview segment with Bruce Buffer above and get his full thoughts on the subject!