Former Olympia champion Franco Columbu is known for his well defined and chiseled form. The friend and training partner of Arnold Schwarzenegger, Columbu may not have received quite the accolades of the famous Austrian in terms of his film career, but he did find some success outside of bodybuilding. It begs the question: was Columbu the most athletic of Olympia champions?

Before entering bodybuilding Columbu was amateur boxer in his native Italy. Columbu has stated on many occasions that boxing was a passion of his throughout his life. His prowess in boxing led him to become an amateur champion. Columbu was also a well documented strong man known for performing considerable feats of strength as well as winning his fair share of competitions. He also competed in the inaugural World’s Strongest Man Competition in which he came in fifth place, behind competitors that outweighed him by a considerable margin. Standing 5’5” and weighing around 185 lbs, Columbu was a compact powerhouse during his competitive lifting and bodybuilding days.

In the clip below from the 1975 classic Pumping Iron, Columbu performs a feat that is mind boggling to witness.

Pretty impressive stuff, but not all that surprising to those educated about Columbu. When you can deadlift 750 lbs it’s no wonder picking up a car is just a walk in the park for the man they called “The Sardinian Strongman”. Columbu was competing in high level bodybuilding competitions at the same he was competing in high level strong man competitions. Those facts coupled with his successful amateur boxing career makes you wonder what other Olympia champs have attained athletic success on a grand stage.

What other bodybuilders do you think are as athletically gifted as Franco Columbu? Let us know in the comments below and follow us on Facebook and Twitter for all your Generation Iron needs. 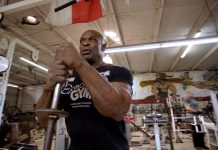 OPINION: Will There Ever be Anyone as Legendary as Ronnie Coleman Again?

How To Deadlift Without Passing Out 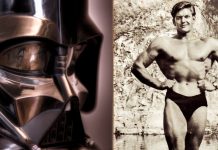