Lee Labrada has passed on his genes to son Hunter.

In the 80s, Lee Labrada proved himself to be one of the most talented bodybuilders to ever step on stage. From his physique to his posing ability, Lee Labrada showcased just how important it was to match your physical form with your presentation on stage. Decades later it would appear that Lee’s son Hunter Labrada is looking to follow in his father’s footsteps.

With a jacked and shredded physique of his own, Hunter Labrada appears to be a chip off the old block as he continues to build his body. Now, 9 days out from his next competition, Hunter Labrada is dialing everything in and looks to be in some pretty incredible shape.

Me and mine vs you and yours?? 2 weeks to bring my best! #dreamteam #wintheday #teamlabrada #avufitness

10 days out and nothing to hide! Today was my last high day before we fill me out for Nationals. Going to be pushing HARD until then and plan on making serious improvements still ?? #teamlabrada #avufitness #wintheday #gasp #10daysout #npcnationals

Could Hunter Labrada follow in the footsteps of his father and become a bodybuilding champion? 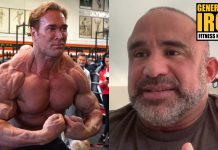 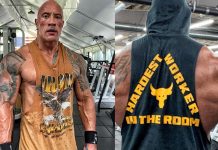 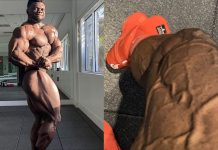 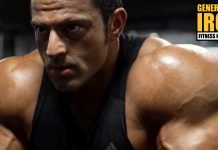 Arash Rahbar Answers: Is Bodybuilding More Dangerous Now Than Ever Before? 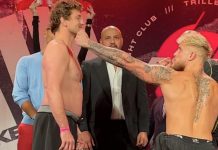 Jake Paul Knocks Out Ben Askren in the First Round!