Watch the new exclusive clip from Felipe Franco: The Chosen One – available now on digital! You can order it today right here. In this clip, Felipe Franco and his mother reflect on how she handled cooking and meal prep for Felipe days before the major bodybuilding competitions.

For Felipe Franco, family is very important. He came from a humble home but wouldn’t trade that upbringing for anything in the world. They were a caring and supportive family. They allowed him to become the man and competitor he is today. So it comes as no surprise that family still plays a big part in Felipe’s bodybuilding career. Specifically, his mother has played an instrumental role in his contest meal prep during his journey to the top.

Especially in the early years, Felipe Franco could not afford to have a coat or nutritionist come with him on location to big bodybuilding competitions. This put him at a disadvantage against other competitors. The final week is vital to sculpting the perfect physique and conditioning. Make one wrong move and you can be completely off – ruining a year’s worth of work leading up to major shows.

So what was Felipe’s solution? Bring his mother – not only for support but to help with cooking and prepping his meals. During the final days before a competition – it can be hard for a competitor to focus on all the little details. His mother helped him focus on competing as she problem solved how to prep the exact right meals for his diet.

If the hotel doesn’t have a kitchen available? Felipe Franco’s mother will step in and problem solve. She tells a funny story of one of Felipe’s first major competitions. The time where he almost went pro. They had no kitchen or tools to prepare his meals. Felipe’s mother stepped in and found a way to utilize every room in the hotel. She turned it into a makeshift kitchen and prepped all of his meals. Sure, the hotel ended up filing with the smell of smoke but that only brought in other competitors who detected the smell. The end result? Felipe’s mother took care of the meal prep for a few competitors all staying in the same hotel.

It’s this kind of community that Felipe Franco grew up in. The kind of caring and supportive attitude that he brings into his bodybuilding career every single day. That’s why he wouldn’t trade his childhood for anything in the world. It’s made him a better champion.

Felipe Franco: The Chosen One is now available on all major digital platforms. You can order the film today by clicking right here or the banner below. 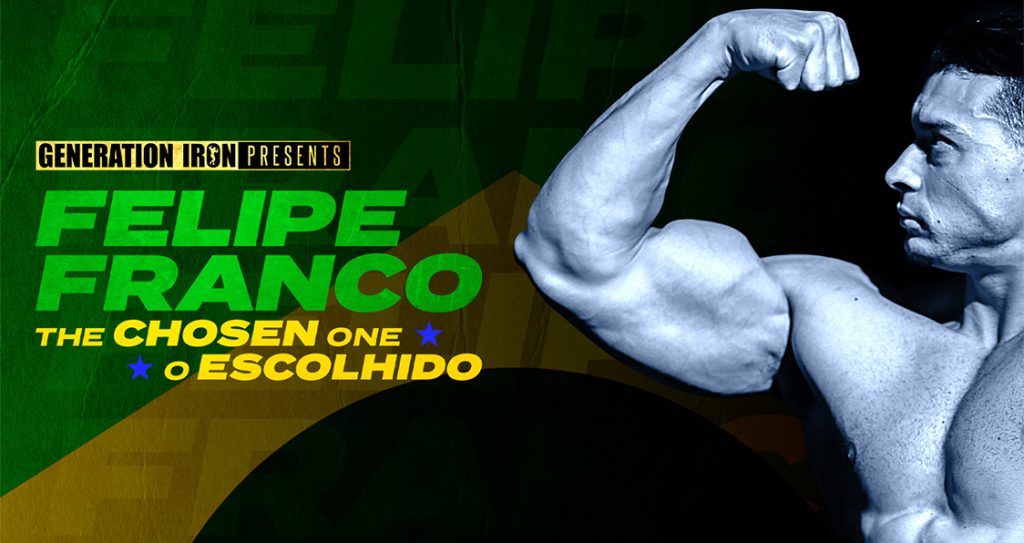