Felipe Franco: The Chosen One is available now on all major digital platforms.

Generation Iron Network has officially announced the upcoming release for its next documentary feature – Felipe Franco: The Chosen One with the first official trailer of the film. You can watch the trailer above. The film is available now on all major digital platforms. You can watch it today right here.

Felipe Franco is known as Brazil’s most well known bodybuilder and fitness personality. The film will give an all access inside look into the life of the athlete and tell the story of his journey to success.  His road wasn’t always smooth, as Franco had to sacrifice and overcome many obstacles on the way. From humble beginnings in the streets of Brazil to becoming the country’s most notable bodybuilding and fitness star, Franco grants an all-access intimate portrait to the highs — and lows — of his ascent.

Franco became one of the first Pro Men’s Physique competitor in Brazil and is leading the charge in the county’s ever growing domination of the bodybuilding industry. But more than a competitor, he has a personality and lifestyle unlike most. Similar to the way Arnold Schwarzenegger parlayed his bodybuilding career into super stardom – Felipe Franco is also growing in popularity at an exponential rate. Now for the first time ever the world will meet the real Felipe Franco.

With his star rising and being married to television personality superstar Juliana Salimeni – his final goal was to become a Men’s Physique Olympia champion. But a sudden divorce sent Felipe spiraling through depression – and at a loss with depleted motivation for his bodybuilding career.

Felipe Franco: The Chosen One chronicles the life and times of Felipe Franco and his return to competitive bodybuilding as he finds inspiration in his supportive fans. His goal? To train and win a qualification for the Mr. Olympia. If he wins, he will one step closer to being the first Brazilian Olympia champion.

Check out the official poster below and make sure to watch the trailer above!

Felipe Franco: The Chosen One is now available on all major digital platforms. You can order today by clicking here or the banner below. 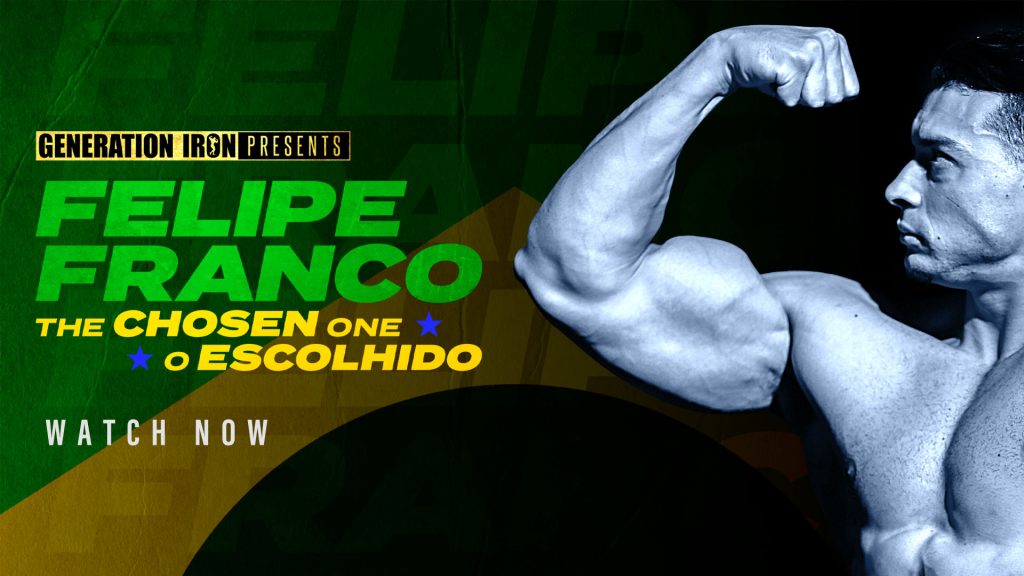 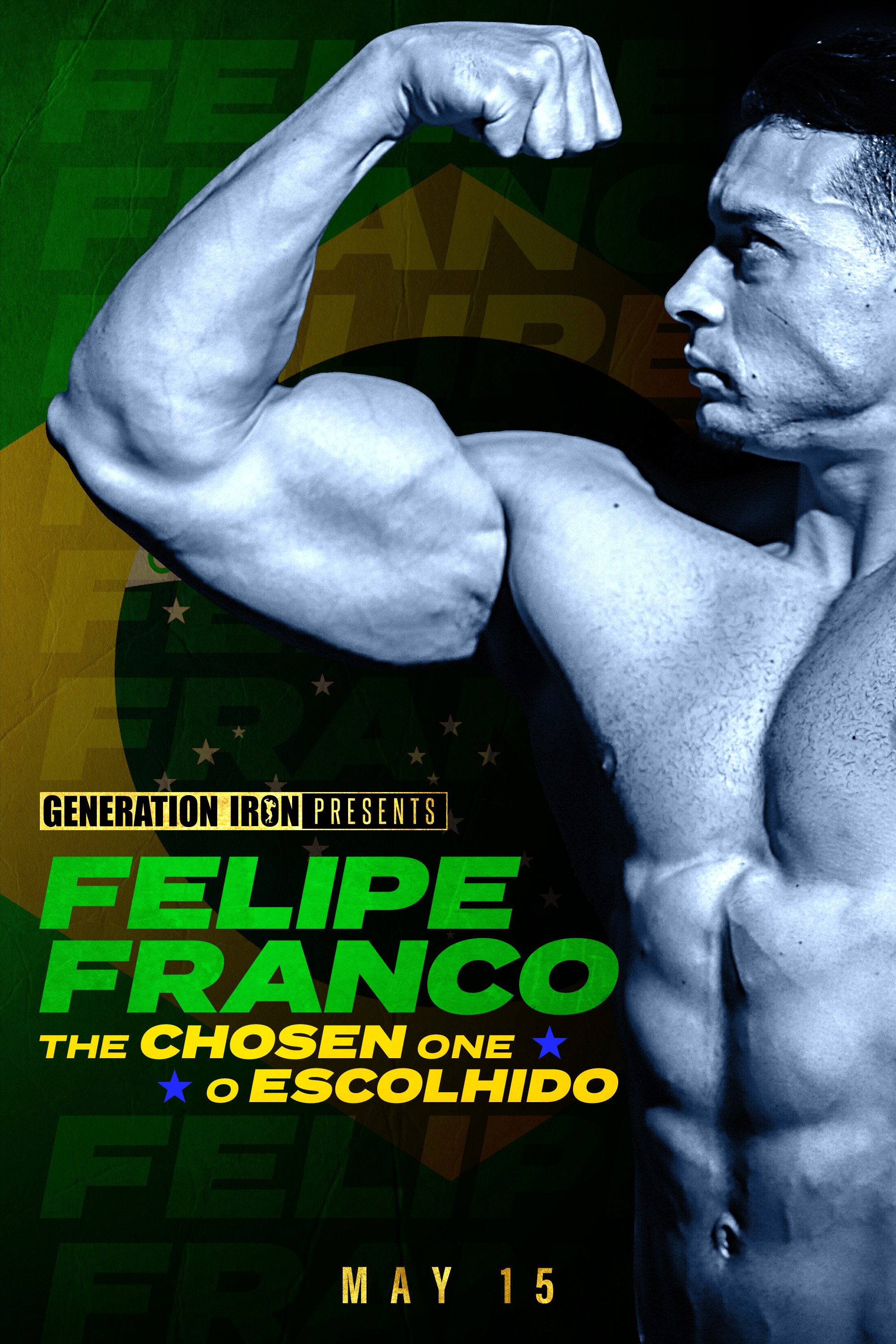