Generation Iron Fitness & Bodybuilding Network
Home News Floyd Mayweather Teases Return to Japan in 2021, But Does He Have...

Floyd Mayweather in recent years has been at the forefront as a boxing promoter and occasional trainer. Yet a recent video posted to his Instagram has people asking a ton of questions.

Namely, is Floyd Mayweather planning a comeback in 2021 in Tokyo, Japan. Listen to the clip below and you be the judge.

I want to thank my Japanese partners TRUST LINE and the people of Japan for continuing to support me in whatever we do. I look forward to coming back in 2021 and doing it even bigger.

It seems that some people are already jumping to conclusions with this announcement. Granted, a return to action for Floyd Mayweather would generate a ton of interest. That said, the former number one pound for pound boxer is in his mid 40s. Exhibition matches seem to be all the rage these days, but based on his the recent success of his protege Gervonta Davis, I tend to lean in another direction.

Bold prediction: Floyd Mayweather makes a return not to the boxing ring, but as a promoter. With fighters like Gervonta Davis under his wing, we’ll be more likely to see the Mayweather promoting one of the fighters in his stable. That said, anything is possible. Floyd Mayweather is really good enough to defy the odds despite his age. 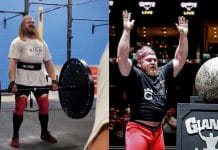