Hafthor Bjornsson picked up a victory over Eddie Hall on Saturday night!

The much-anticipated bout between Hafthor Bjornsson and Eddie Hall took place on Saturday night and it did not disappoint. The two strongmen turned boxers stepped into the ring with personal vendettas to settle. In the end, it was Bjornsson who earned a victory by unanimous decision victory. The fight went the distance after six two-minute rounds.

Bjornsson entered the fight as the favorite as he has some boxing experience under his belt. Since making the transition, Bjornsson has competed in exhibition fights and has trained for this battle for quite some time. He has lost nearly 100 pounds thanks to a new training program and diet plan.

There was a long history from their days in strongman competitions but Bjornsson and Hall added more fuel to the fire in recent weeks. It began with a face-off where the boxers were seen spitting on each other and had to be separated. Bjornsson spoke on the altercation and believes it was a planned setup by Hall. Bjornsson claims he did not know about the event and it was sprung on him at the last minute. This was just one situation where the two faced off. 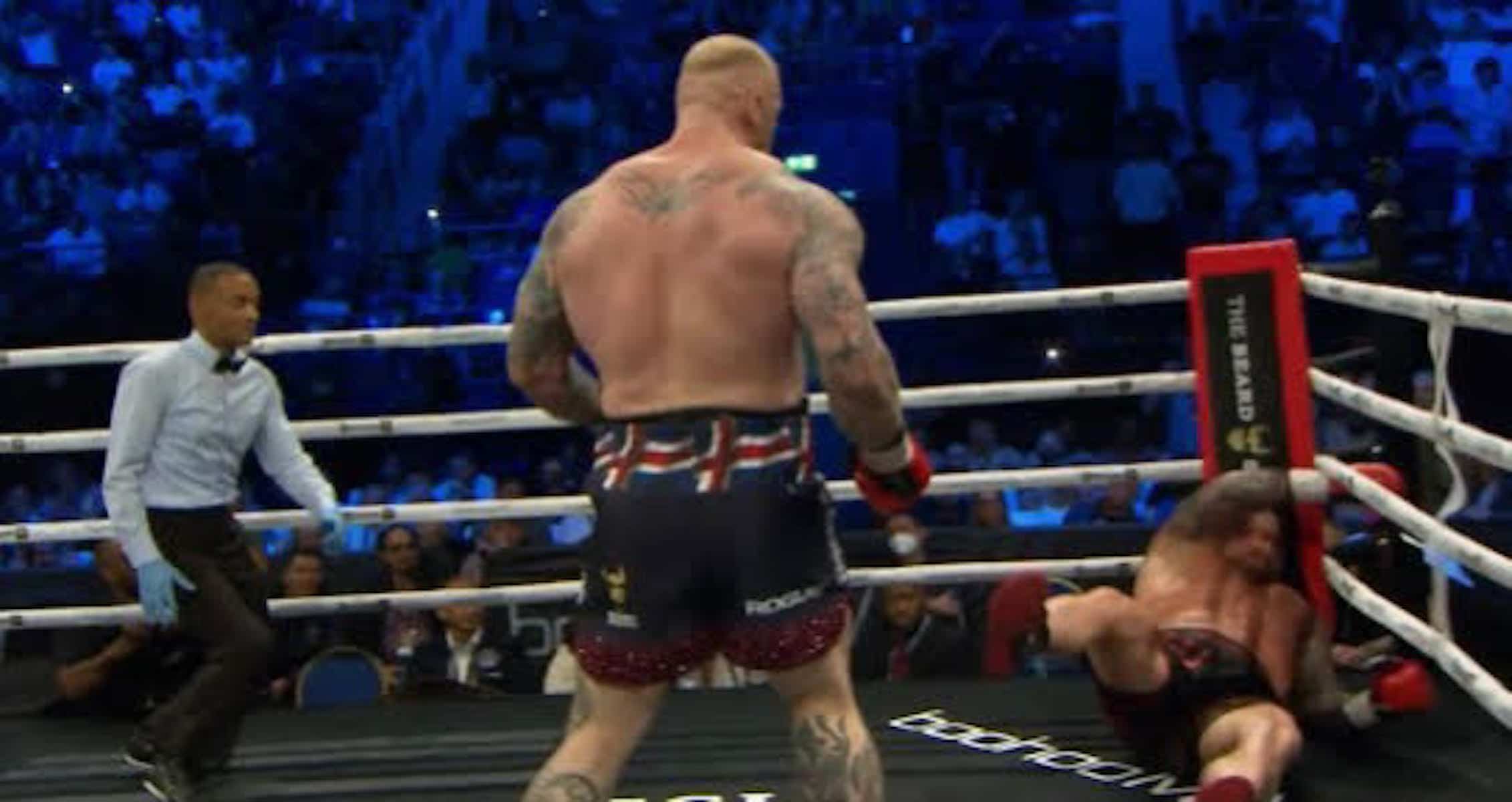 During their strongmen days, both Hall and Bjornsson were former World’s Strongest Man winners. Hall was the first to win the competition in 217 before Bjornsson took the title the very next year. Also, it continued with the deadlift world record.

Hall became the first person ever to deadlift 500kg and set a record. Bjornsson then made it a point to take over the world record. He was able to beat Hall’s record with a 501kg lift.

Making the transition into the ring has been positive for both fighters and it was clear that they should take each other on. After months of waiting, it finally happened. There was a bout scheduled for September but Hall was forced to withdraw due to an injury. He suffered a torn tricep and was forced to rehab the injury.

Both Hafthor Bjornsson and Eddie Hall were able to successfully prepare for this event and step in the ring. Now that the first meeting is in the books, it will be interesting to see if they schedule a rematch in the future.