Johnnie O. Jackson clears the air regarding negative criticism he received on the details of his near-death experience video.

Towards the beginning of March 2022, Johnnie O. Jackson released an episode of Hardcore Truth discussing his past PED use habits in bodybuilding and a near-death experience during contest prep. Shortly after posting the episode, Jackson faced negative criticism for how he explained the story and the details behind the specifics of his PED use. Admittedly, discussing PED use specifics can be a slippery slope in terms of how this kind of information is absorbed by the public. The last thing Jackson wants to do is mislead fans in the bodybuilding. That’s why on this week’s episode of Hardcore Truth, Johnnie O. Jackson responds to the negative reactions to his near-death story.

Johnnie O. Jackson decided to speak transparently about his past PED use and a near-death experience he had during contest prep. He decided to speak on this in reaction to the tragic deaths bodybuilding has faced over the past year. While we might not know the direct causes of many of those who passed away – there has been an increased discussion on health in bodybuilding.

Johnnie O. Jackson is not a doctor nor is he an expert on discussing powerful PED substances such as steroids, diuretics, etc. He wanted to share his story not as an explanation of what you should or shouldn’t do with PEDs. Rather, he wanted to simply relay the very real health risk he faced at various moments (and one moment in particular) during his prime bodybuilding years.

Generation Iron Fitness Network has always focused on providing a platform for its hosts to speak freely without censorship and oversight. Hardcore Truth, like many other video podcasts and series on our network, is hosted and distributed by GI but allows for hosts like Johnnie O. Jackson to speak unedited.

That being said, both Johnnie O. Jackson and Generation Iron understand that Jackson’s recent near-death story episode earned some negative criticism in the industry. That’s why Jackson wanted to do a follow up video to help clarify his statements and respond to the negative criticism.

In this episode, Jackson first clarifies that his story is not meant to be direct advice about any specific drug or protocol. He is not a doctor, and he understands that he may have not explained his situation in as much detail as a medical professional could. Jackson’s story is not advice on do’s and don’ts about drugs. It was advice about the bigger picture of health risks in bodybuilding. He explains it was a story to help warn others on how easy the drive to succeed can overpower smart thinking when it comes to health.

And most importantly, he urges viewers to always second guess what is being put into your body and don’t just blindly follow trainers or coaches – including himself. Seek a professional opinion. Do research. Know what you are getting yourself into.

In the clip, Thornhill focuses specifically on Johnnie O. Jackson’s comments about testosterone, high blood pressure, and how it affects African Americans. She pulls on her professional experience to help clear the air and clarify in more detail on Jackson’s previous statements on the matter.

Ultimately, Johnnie O. Jackson understands that criticism is simply a part of being a public figure. He also understands that others are entitled to their reactions and opinions just as much as himself. He hopes that today’s episode helps bring clarity and more context to the situation.

You can watch Johnnie O. Jackson go into complete detail alongside Dawn Thornhill in our latest episode of Hardcore Truth above. Make sure to stick around every Thursday for new episodes! 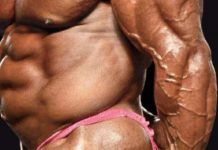 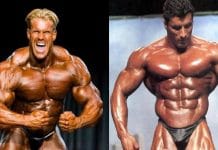 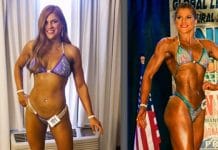