Hunter Labrada is working hard in his Olympia prep.

Just a few weeks ago Hunter Labrada announced his arrival to the upper ranks of the Open Bodybuilding division. No longer an amateur or onlooker, Hunter Labrada showed what he was made of with his Tampa Pro win.

With the win, Labrada punched his ticket to the Olympia. Now all that’s left is the easy part. A battle against bodybuilding’s top pros including Brandon Curry, Phil Heath, Shawn Rhoden and Dexter Jackson.

Hunter Labrada will certainly have his hands full. While a victory is unlikely at his first Olympia, the young bodybuilder is prepping to give his best showing yet.

Labrada is hoping to impress in his first Olympia show and his training shows just how serious he’s taking the challenge. This banded deadlift training shows the young bodybuilder breaking through his limits in prep for the big show.

Damn it felt good to go full send on banded racks today?????? – 545lbs + 230lbs band tension at top x 4 (issa pr?) – First day back truly pushing it, had to wait til I was back at home with my training partner @btroianello and my gym @legacybarbell! Felt great to take my top sets all the way past failure with full load?? – Someone actually had a game scale at the gym today, so we finally got an accurate number on the band tension we’ve been using… it was about 50lbs heavier than we thought it was, for a grand total of 230lbs at the top. We use a orange @elitefts band and 2 red minis on each side???‍♂️?? – #pullday #wintheday #teamlabrada #gasp #betterbodies #revivemd #pridefoods

How high do you think Hunter Labrada will place at the 2020 Olympia? 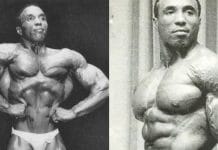 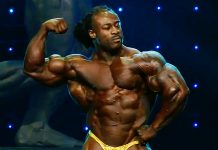 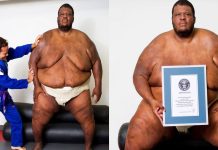 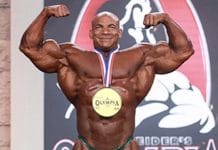