Transgender powerlifter Janae Marie Kroc has been bullied and demeaned by online trolls, but that hasn’t stopped her allies from speaking out.

Janae Kroc is a living legend, a former world record holding powerlifter and a longtime competitor in strength and fitness sports. However, ever since her gender transition, Kroc has dealt with hateful backlash from bigots who would seek to devalue her on the basis of her gender identity. It is truly appalling what some people will say online when they believe they cannot be held accountable for their actions in real life. But, that didn’t stop Phil Heath and Mike Rashid from speaking their mind and confronting ignorance: 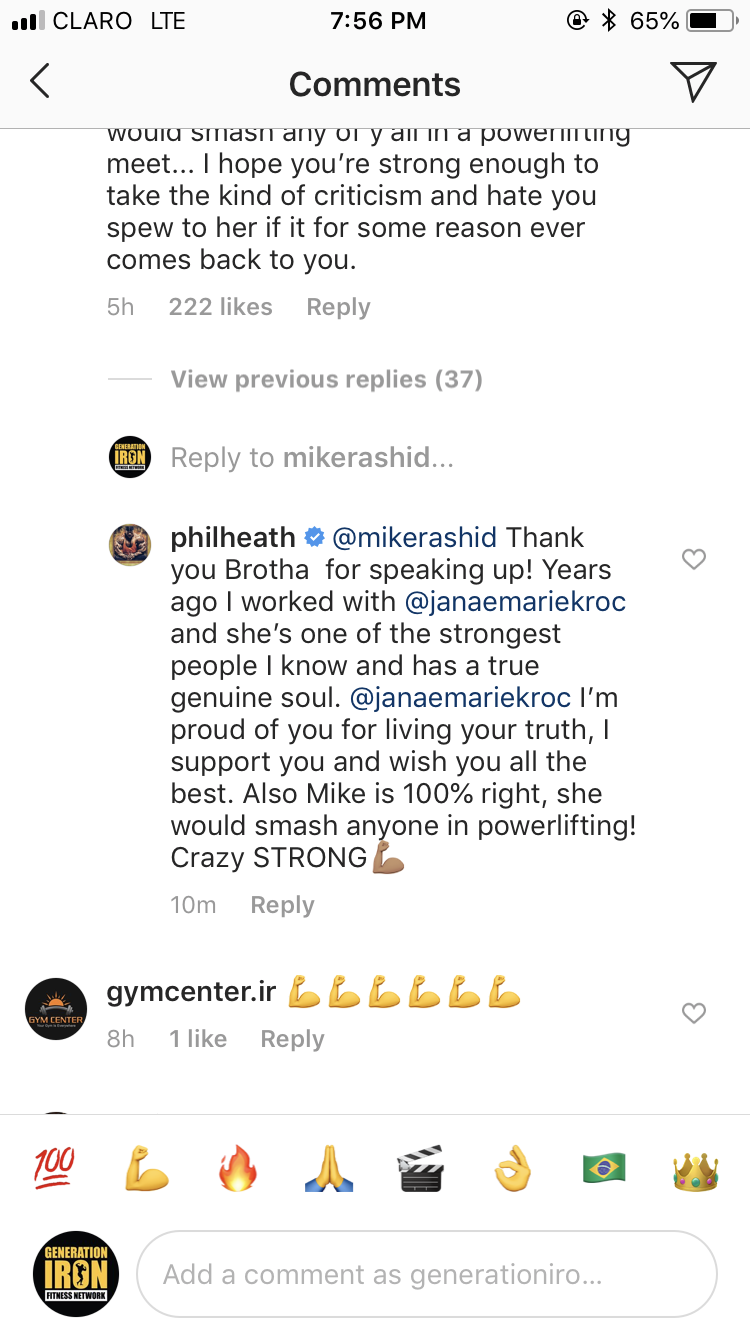 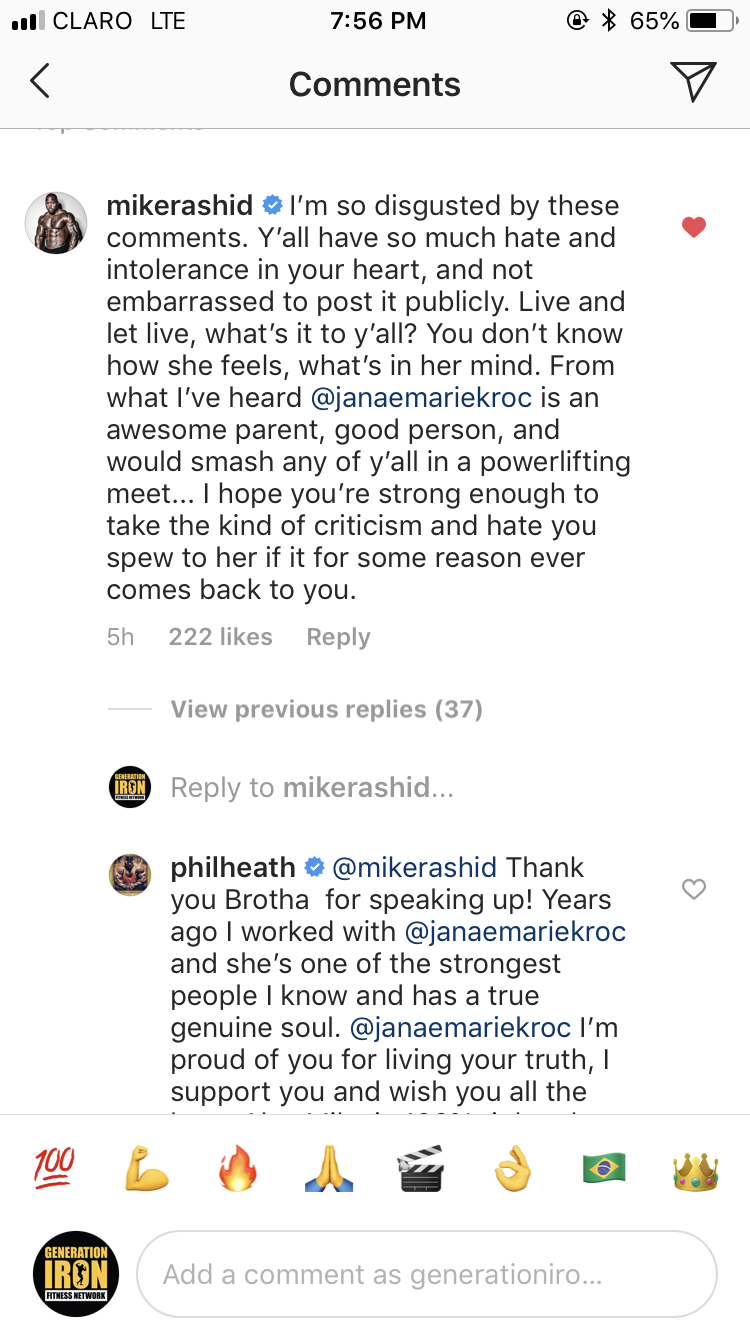 Although many people in the bodybuilding industry can be small-minded and reductive when it comes to issues of gender, Phil and Mike were having none of it. Kroc’s professionalism, hard work, talent, and contributions to the sport simply cannot be ignored or overshadowed by off-stage politics. Kroc is a powerlifter competitor who happens to be transgender. It is a shame on the bodybuilding community that there are so many who cannot accept that. Ultimately, it is their loss, since they’re the ones missing out on a truly talented athlete who has so much to offer the world.

Many people who transition do so quietly or away from their families. Kroc was brave enough to do so not only with her family and friends but with the entire world watching. Although she should never have had to endure the abuse that she has, her light and her genuine warmth as a human being have inspired everyone to think differently about gender and to be more open-minded and compassionate towards others. Congratulations Janae, for being an icon both inside the gym and outside of it.