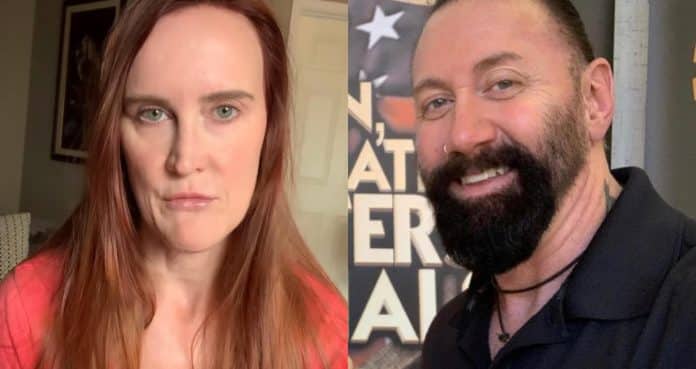 Bodybuilder and IFBB pro judge Jerry Ward passed away in July. There have been new details shared about his death following information being received from the medical examiner’s office. Ward’s wife, Erin Merritt, shared the information via social media.

Ward began his bodybuilding career in 1994 the he earned his personal training certificate. He went onto work as a fitness model and dabbled in bodybuilding. Following his career, Ward began gaining attention as a commentator before working as a professional judge.

Jerry Ward became known for his outspoken natures, sharing his opinions on the sport of bodybuilding. While sharing the video, Merritt said that she was going it in “Jerry style.”

Erin Merritt: “I Finally Have Jerry’s Cause Of Death”

There was no cause of death revealed at the time but Merritt shared the information once she received it.

“The fact is the reason Jerry died is he died of a pulmonary embolism as a result of deep vein thrombosis. No, he did not have any surgeries. No, he was not on any long flights. No, he did not complain of any sort of calf or leg issue, there was nothing there. He was fine before he left on his trip on Tuesday,” Merritt said.

Merritt shared a video and wanted to give detail of Jerry Ward’s death because she believes that is what he would have wanted.

“I got a call from the medical examiner’s office yesterday and I finally have Jerry’s cause of death. And instead of everyone writing articles where everyone thinks they know how he died, and also, I’m not a doctor as an article also said, I want to give you some facts because that’s how Jerry liked to operate. Yes, he also had an opinion, but he liked to delve into facts.”

Initially, the cause of death was a heart attack but there was no information shared. Because of how Ward was with his opinions and knowing his personality, Merritt wanted to be transparent and end potential rumors that could be false.

“He liked transparency. He wanted facts and he wanted people to know what happened whether he wanted to tell you or not. He always told you the truth and that’s the truth. So, I want to put this to rest.”

That was the only thing that kind of made sense or came to mind, but we now know it was PE. For those of you who know, they tend to be pretty deadly, and they hit like that, and you’re done. It brings me a little bit of comfort to know that he didn’t suffer.”

Erin Merritt confirms that Jerry Ward did collapse on the floor of his hotel room. He was found during a wellness check the morning after when he did not report for his normal duties for the show.