Julius Maddox will attempt to break his own record on Saturday night.

All records are meant to be broken and on Saturday night, Julius Maddox will attempt to break one of his own. The 34-year-old powerlifter currently holds the bench press world record of 782.6 pounds. Wrigley Field in Chicago will be the site where Maddox attempts to break his own record.

The Chicago Cubs will host the Kansas City Royals at 2:20 PM ET. Maddox’s record attempt will take place after the game and can be seen on Marquee Sports Network. This is a WRPF Americas sanctioned event.

This is not the first time that Maddox will attempt to break his own world record. He originally took over the title in August 2019 with a 739.6-pound lift. Maddox took the record from Kirill Sarychev and has been building on it ever since. In March 2020, Maddox raised the bar to 770 pounds and achieved the 782.6-pound lift in February.

Maddox will attempt to lift 800 pounds on Saturday night. He has attempted a massive 800-pound bench press in the past but has been unable to finish. Maddox has been in pursuit of this number and the next attempt could take place on Wrigley Field.

This news comes in the same week that we found out Maddox will go head-to-head against Danial Zamani in a bench-press showdown. This will take place at CT Fletcher’s Iron Wars V. The two powerhouses in the bench-press game will meet for what will be a memorable event. If Zamani wants to attempt to break Maddox’s record, he might have a new number to shoot for.

Maddox has been promoting this event on Saturday night on his Instagram page.

The powerlifting world will have eyes on Wrigley Field on Saturday night for what could be a special night for Maddox. Can he break his own record once again? Will he attempt an 800-pound lift? All questions will be answered in a few short hours in Chicago. 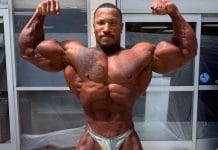 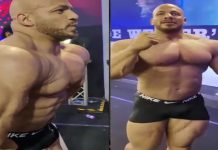