Katie Taylor versus Amanda Serrano was must see boxing.

Katie Taylor versus Amanda Serrano just changed women’s boxing. At least that’s what promoters should take away from the event. These two women put on an absolute classic and demonstrate what’s possible if women’s boxing is giving the right kind of promotion.

In a weekend filled with a vast array of competitive combat competitions, there was one fight that may have stolen the show. While Marlon Vera dominating Rob Font was quite eye opening, and Shakur Stevenson putting on a masterclass against Oscar Valdez was illuminating, the fight on most everyone’s minds this past weekend was the battle between Katie Taylor and Amanda Serrano.

Why you may ask.

It’s because both women displayed exactly what the term fighter means. They both went to battle in an absolute war of a contest that you couldn’t take your eye off. What Katie Taylor and Amanda Serrano did for women’s boxing, nay, boxing in general was nothing short of incredible.

The Story of the Fight

Amanda Serrano never took one step back in this fight. She was in seek and destroy mode from the opening bell until the final bell of the contest. She put her hard hitting, high volume pressure style up against Taylor’s more outside fighting style and nearly won. In fact there were a great deal of people in the sold out Madison Square Garden arena who believed Serrano had done enough. But it would be Katie Taylor who got her hand raised.

Speaking of Katie Taylor she did a phenomenal job in her own right. Through the bout she made Serrano miss and pay, using slick defense and counter punching throughout the ten round affair. When she employed the hit and don’t get hit style that made her the popular champion she is today she looked truly impressive.

With all that said both women gave as good as they got. The fight could have easily been scored a draw, but in the end the judges favored Taylor. But more than the ultimate outcome there was so much more to take away from this event.

We must acknowledge that what happened on April 30, 2022 was pretty rare. A night filled with combat sports and it was women’s boxing that stole the show. Women in mixed martial arts have been given their time to shine and have become a proven source of skill, will, and entertainment that all fans can appreciate. Yet for so long women’s boxing hasn’t been treated with the same fanfare.

That is until now.

Katie Taylor and Amanda Serrano headlining an event at MSG is something for the history books. But while their match booking may have been an encouraging sign of the growth of the sport on the women’s end of the equation, it was up to Taylor and Serrano to deliver. Suffice it to say, both women showcased the kind of heart, will, technique, and determination that is worthy of the moniker “instant classic”.

What we saw on April 30 may have just turned the tide of women’s boxing. When you build up stars who have great personalities and the awesome fighting skills to back that up you get the opportunity to see something amazing come to fruition. The fight between Katie Taylor and Amanda Serrano proved that no matter the gender if the people are giving a compelling match up you can fill arenas and build great interest.

Katie Taylor versus Amanda Serrano should be the blueprint to what women’s boxing should be. It should be given the same build up, presence and respect that men’s boxing receives. After the performances both women put on for the fans at MSG and around the globe, it’s clearly time that boxing makes this a regular thing and give the women of the sport more exposure to make this a common occurrence.

Did you watch Katie Taylor versus Amanda Serrano? 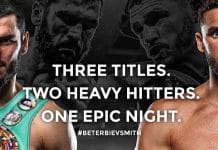 Artur Beterbiev vs Joe Smith Jr. Will Be an Epic War 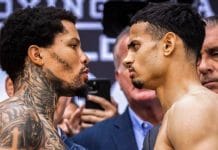 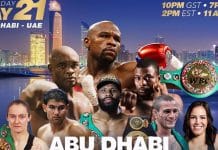 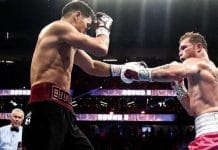 After Losing to Dmitry Bivol, Where Does Canelo Alvarez Go From Here? 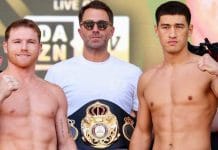 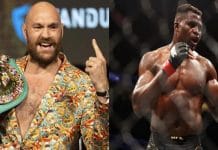