It looks like Larry Wheels has done it again as he smashes a new personal record. The popular strength athlete was able to perform a 930lb deadlift triple for another PR. What makes the feat even more impressive is that Larry Wheels did so at a 275lb weight.

Planning to compete in Middle East, Strongman and Strength Wars star, Larry Wheels is hard at work in the gym. As always, the popular strength athlete is pushing his limits, hoping to gain an edge in one of his biggest strongman competitions to date. The event is set to take place at the end of August in Dubai. That leaves Larry three more months until the competition. That should be plenty of time for him to build a great deal of strength and cement himself as one of the favorites at the show.

Larry Wheels is no stranger to breaking PR’s. His new goal is to deadlift 1000lbs, and he’s well on his way to achieving that milestone. Along his journey to deadlift 1000, Larry is utilizing different methods of training to build his strength. That includes performing a deadlift triple.

In one of his most recent trainings videos, Larry Wheels deadlifted 930lbs, this time for a triple. Larry is no stranger to deadlifting over 900lbs, but this time seems even more impressive, especially since he was able to do so in a conventional deadlifting stance. The sumo stance, which would have allowed Larry to get more leverage into the lift, isn’t allowed in strongman competitions. Therefore, Larry had to perform the movement in a more traditional fashion.

Whether it be sumo or conventional, Larry Wheels was able to showcase his massive strength in his most recent deadlifting feat.

Larry Wheels performed the lift with equipment including a deadlift suit, a weightlifting belt, and straps. His intense training and his intentions show that Larry is in this for the long haul. Not only does he want to win Middle East Strongest Man, but he also wants to go on to compete at the World Strongest Man and World Ultimate strongman competitions. He has high hopes and believes he can win top honors at both competitions. Whether that can be accomplished is still yet to be seen. But if there’s one thing that’s certain about Larry is that he’ll give it his all in order to achieve his goal. 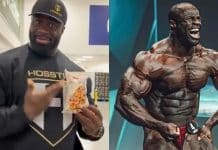 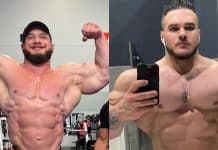 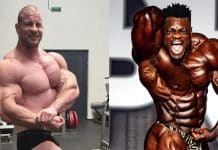 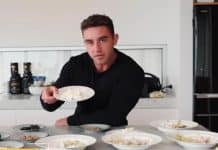 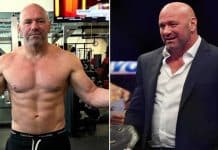 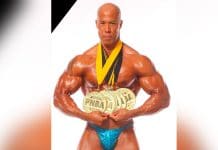