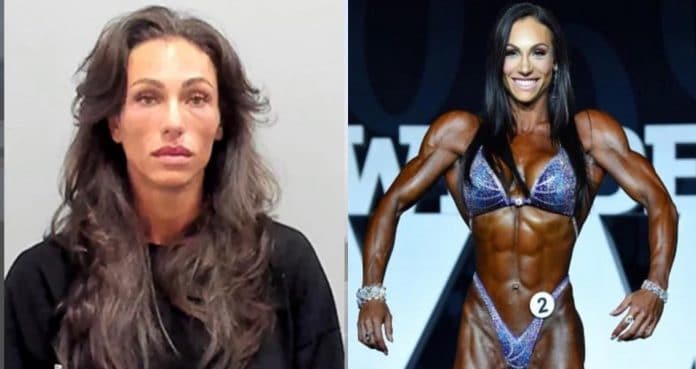 Melissa Bumstead was arrested on Friday.

Melissa Bumstead, professional bodybuilder and social media influencer, was arrested on Friday after being linked to a package from Canada containing multiple anabolic steroid medications, according to TC Palm.

The Martin County Sheriff’s Office investigators listed Bumstead as an “importer” of the drugs being shipped from Montreal, Quebec. She was arrested on six felony counts of possession of controlled substance without a prescription.

A package being delivered to Bumstead was flagged on Sept. 1 and received an extensive exam by U.S. Customs and Border Patrol officials. This is where the investigation began. This package contained steroids and prescription medications. On Sept. 8, a Homeland Security Investigations agent contacted the sheriff’s office when another package was being delivered to Bumstead. This one contained testosterone propionate, drostanolone propionate, trenbolone acetate, mesterolone, stanozolol, and oxandrolone.

The package was delivered to the 5400 block of Southwest Landing Creek Drive in Palm City by a detective. After opening the package, a powder was left on Bumstead’s hands as evidence that she did, indeed, open the tracked shipment.

The home address where the package was sent was linked to an LLC of Bumstead’s brother, Chris Bumstead. Chris, of course, is the current and two time Classic Physique Olympia champion. It is unclear if any charges will be pressed against him at this time. Melissa Bumstead was released from Martin County Jail on Sept. 11.

Bumstead has been in Florida with her brother, Chris, preparing for the 2021 Olympia, which is set to take place on Oct. 7-10 in Orlando.

Melissa Bumstead earned her Pro Card in 2015 and has competed in over 11 competitions. Her first appearance came during the Toronto Pro Supershow in 2016, where she placed sixth. Bumstead took place in her first of two Olympias in 2017, where she placed 16th, before what turned out to be a packed year.

In 2018, Bumstead appeared on stage six times. This was highlighted by a victory in the Tampa Pro Figure to gain qualification to the Olympia. Bumstead improved three spots from the year before and placed 12th. She also finished second at the Los Angeles Pro. Bumstead last competed in 2019 when she placed 15th at the Arnold Sports Festival Figure Class.