This article is the sole opinion of Nick Trigili. Generation Iron Brands LLC does not condone, support, or advocate any form of legal or illegal drug use.

Women and the Affects PED Use.

Due to the risk of virilization from anabolic-androgenic compounds that women are faced with, some of the undesirable symptoms are a receding hairline, protruding jaw, and deepening of the voice; it is necessary to examine other options for female athletes who wish to enhance their performance without undertaking these risks.

One of the most common suggestions by coaches is to place women on aromatase inhibitors, to eliminate much or all of the estrogen in their system and favorably alter their androgen balance to strip bodyfat and increase overall lean body mass. This ideology may in fact be relatively flawed, as a potentially more effective option with even fewer risks exists in the form of SERMs.

In order to understand what the difference in function between AIs and SERMs in a bodybuilding context, it is necessary to understand these substances and how they operate in the body. Aromatase Inhibitors act on the aromatase enzyme within the body to inhibit its aromatizing effect. Aromatization is the process by which androgens are processed by the body into estrogens. This is why male bodybuilders use aromatase inhibitors, to prevent the primary mechanism of estrogen production in the male body: the aromatization of testosterone.

SERMs, or Selective Estrogen Receptor Modulators, bind to endogenous estrogen receptors in the body and simply prevent estrogen from binding and exerting its hormonal effects on specific estrogen receptors without actually eliminating the estrogen itself. These are most commonly used by male bodybuilders during post cycle therapy, to prevent the negative effects of estrogen rebound following the cessation of use of anabolic steroids. Unlike AIs, SERMs don’t actually eliminate the estrogenic compounds in the body, meaning the risk of low estrogen related problems are severely reduced, as powerful AIs such as letrozole have the potential to totally tank the body’s production of estrogen.

Both of these types of compounds have distinct roles in bodybuilding, but there are certain misconceptions associated with AIs and SERMs, particularly with regards to the applicability of those compounds to women. Many coaches recommend that female athletes take AIs such as arimistane in order to reduce their overall estrogen levels and skew their androgen balance in order to gain lean body mass and shed body fat. However, this type of protocol is both less effective and prone to potentially worse health outcomes than what can be offered by SERM protocols for female athletes.

Unlike AIs, especially suicide inhibitor AIs such as exemestane, SERMs do not carry the risk of totally eliminating a women’s estrogen, opening her up to joint and reproductive issues as well as a greater risk of virilization from AIs alone due to a drastically shifted androgen balance. SERMs allow women to enjoy the physique benefits of a reduced estrogenic load without actually removing the estrogen, which is then free to perform other body functions. For example, though a woman on SERMs would not have estrogen acting on all of her estrogen receptors, she would still enjoy the benefits of estrogenic fluid retention in her joints, protecting them during heavy training, as opposed to the joint pain often caused by the misuse of aromatase inhibitors in women.

Finally, some of the most compelling evidence for the efficacy of SERMs relative to AIs in women is the current clinical use of these drugs. The most common medical necessity for the blockage of estrogen function in a woman’s body is in the treatment of breast cancer. The current first line of treatment for blocking estrogen receptor positive breast cancers is Nolvadex (Tamoxifen Citrate). Studies have also been done on Clomid (Clomiphene Citrate). Aromatase inhibitors are not the preferred method of treatment given their greater difficulty in maintaining a therapeutic dose and considerably greater side effects.

Another interesting discovery made in clinical trials on women with breast cancer undergoing SERM treatment is that while Clomid is a more powerful SERM on a mg by mg basis and should theoretically be more effective than Nolvadex. However, in a study conducted on female breast cancer patients treated with Clomid, 100% of the participants dropped out due to unpleasant side effects! This suggests that the effectiveness of the SERM needs to be modulated with its propensity to create unpleasant side effects in a potential female athlete. Even Nolvadex has a less than ideal adherence rate, with many women complaining of severe side effects and personal discomfort as a result of the treatment. It is for this reason that Evista  (Raloxifene) has been investigated as a potential new drug therapy alternative to Nolvadex, as it is similarly a SERM, functioning on the estrogen receptors of users, but with reportedly far lower negative side effects reported among women treated with it and the added benefit of increased bone mineral density, which is a positive for athletes as well.

It seems then that SERMs are a universally better choice for the female athlete seeking to improve her performance and body composition as compared to aromatase inhibitors, with Raloxifene representing a particularly interesting compound to experiment with in order to achieve the greatest SERM benefits for athletic performance and physique enhancement, with minimal side effects. 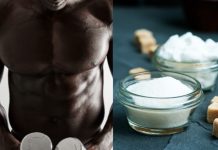 Sugar 101: Everything You Need to Know as a Bodybuilder! 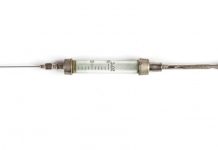 What are Steroid Esters? Nick Trigili Breaks Down All You Need to Know! 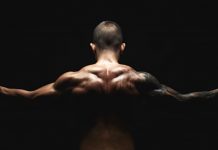 Nick Trigili Breaks Down the Details of Testosterone Replacement Therapy

Heart Conditions Worth Your Time To Learn About 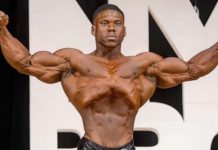 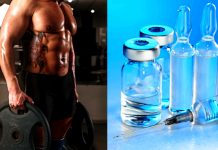 Nick Trigili: Should You Use Growth Hormone?