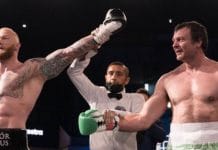 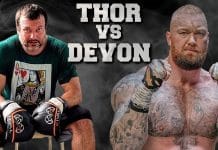 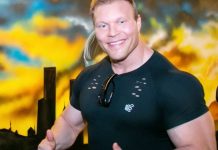 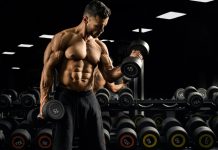 Rob Terry opens up about the world of natural bodybuilding in the INBA/PNBA and the challenges of proving to the world they are all natural.

Any sport that tries to keep performance enhancing drugs out of bodybuilding face an uphill battle. On its face, it should be simple. Take a test to prove you are natural and get barred from competing if the athlete fails. But testing is much more complicated than it seems. Banned substances change every year, the tests themselves are expensive, and different sports utilize PEDs at different periods of training. This holds especially true of natural bodybuilding. How can a natural bodybuilder prove they weren’t taking PEDs months before the actual show during their training? In our latest GI Exclusive, natural bodybuilding superstar Rob Terry reveals the struggle athletes face in proving to the world they are all natural.

In 2020, it feels especially true that the truth is hard to come by. The divisive politics in the United States seem to trickle into every walk of life including sports. This doesn’t make the life of professional natural bodybuilders any easier. For decades, natural bodybuilders have been questioned. How do we know they are really natural? This usually holds especially true for natural athletes who posses physiques that seem impossible.

Rob Terry is one of those athletes. He is a bodybuilder with shred and size unlike most other natural bodybuilders in the Professional Natural Bodybuilding Association (or PNBA). Due to this, he’s often questioned about the honesty of his all natural claims. Despite the PNBA holding drug tests before each and every competition – fans of the sport wonder how much that really proves.

Photoshoot of Rob Terry showing off his massive all natural size (above).

While taking a drug test before a show does help, it doesn’t prove if an athlete had been using steroids or other PEDs months earlier during their contest bulk prep. Theoretically, a natural bodybuilder can use steroids and make sure to time it so that they stop long enough to pass the test before the show.

So how can a natural bodybuilder, or the pro natural bodybuilding leagues, ever prove for certain that their sport is all natural? The truth is, they really can’t. But there are some additional measures they can take to make things more believable.

Rob Terry required that the PNBA test him periodically, and randomly, throughout the year. He knew ahead of time that his massive size would be questioned. He wants to make it clear that no matter the time of year, if he is tested, he will pass. Rob wishes that the leagues can do that for every athlete. Unfortunately, he also understands that the cost would be too hight to pull that off.

The size and scope of providing an air tight drug testing plan is one of the biggest hurdles that the PNBA faces despite using a testing program on par with the Olympics. If the mainstream bodybuilding fans simply don’t believe that athletes are natural – it causes more roadblocks towards success. Of course, increased success can provide more revenue to improve testing standards. It’s a vicious cycle.

That being said, Rob Terry took it upon himself to prove to his fans that he’s all natural the entire year. You can learn about Rob Terry’s full story, why he’s natural, and his journey towards competing at the Natural Olympia 2020 in our upcoming documentary – Generation Iron: Natty 4 Life. Available July 31 on digital and available for pre-order right here.