Ryan Terry is in the midst of bulking up for the 2018 Olympia Men’s Physique competition. Two years ago he placed second in the event, and is working hard to become champion this year. The Telegraph spoke with Terry about bulking methodology, and the veteran was more than happy to share his knowledge.

First off – Terry recommends a sort of hybrid bulk between dirty and clean.

He says, the clean bulk is, “A harder and slower process, but the results are a lot better and you feel more healthy. To do this increase your calories but through ‘ clean’ food sources i.e. complex carbs, essential fats and clean, organic proteins.”

However the ‘dirty’ bulk has its advantages too:

“You will gain weight because your body can’t metabolise or burn that type of food very quickly so eventually, the metabolism will burn so much energy and then it will store the rest as fat.

“If you are very slender, it will always be a struggle to gain weight on very clean foods because the body can utilize the energy very quickly. For people like that, every once or twice a week, indulge in whatever you like. Eat dirty and try to slow that metabolism down.”

Terry says that the only way for him to put on serious weight now is to eat the ‘dirty’ foods that slow his metabolism. But he’s careful about when he executes his reload – making sure he lands it on a day during which he trains a large muscle groups like legs or back.

Terry also recommends that anyone on a bulk prioritize carbs, rather than opting for something like ‘keto’ or ‘paleo’:

“A lot of people are scared of carbohydrates. When you’re bulking, or dieting, carbs are essential in a diet. You can’t go forever not having carbs, so if you try to restrict them then you’re body will go into survival mode because it doesn’t know when it’s going to get then again so it stores it. Consistency and patience is the key to bodybuilding. It’s a lifestyle you have to live and breath and that’s when it will become easy.”

Terry says that lifters should give themselves at least three months of hard dieting before they expect to see significant results. In this age of instant gratification, it’s easy to be convinced that the process isn’t working when it just takes time. Terry also recommends that on a bulk, lifters should concentrate workouts as much as possible.

“Three to four times a week is an ample amount to train. An active person can get every muscle part trained for that week in four days. Try to give your body rest. You need to give your muscles time to recover.” 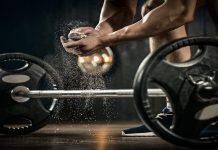