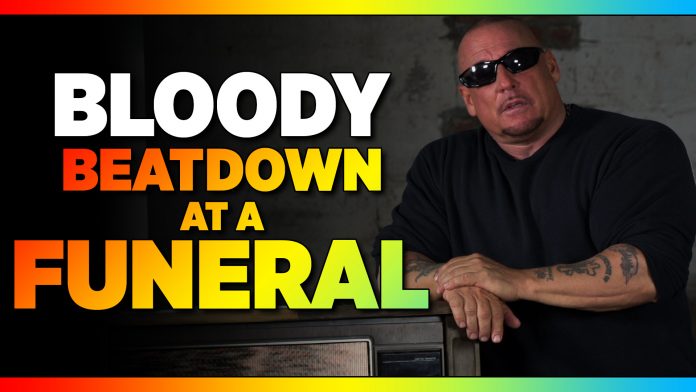 The time Gregg Valentino almost saw a man die at a funeral.

Most of Gregg Valentino’s stories either involve violence, drugs, or shit (literally) – this latest story falls mostly under the violence category though there are some drugs scattered about as well. This might be one of the most violent and insane stories Gregg has ever told. It starts with a death and ends with a bloody brawl at the funeral of said dead man. This brawl has it all – two body guard thugs, a gun, wire-chokers, and a dead body being pulled out of a casket.
Two men almost got buried that day in what many would consider a story so unbelievably crazy that it couldn’t be true. Believe it or not – this is the story Gregg is telling and it is one hell of an entertaining (and sickening) ride. Check it out above!