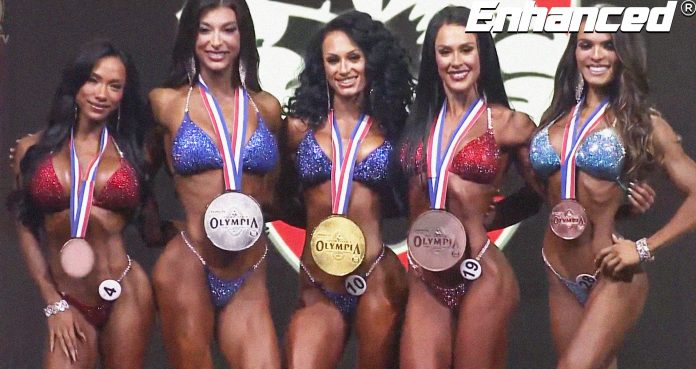 The results are in for the Bikini Division at Olympia 2021.

The Bikini division results have been announced and there is a new champion. This was known coming into the competition because last year’s winner, Janet Layug, would not be competing. In the end, it was Jennifer Dorie who took home the title.

During prejudging, there was a clear top three set. Dorieis coming off a victory at the Arnold Classic two weeks ago and was looking to continue momentum. She defeated Lauralie Chapados at the Arnold but she was a force on Saturday. Also, former Olympia Bikini champion Ashley Kaltwasser was back to being near the top. She knows what it takes to compete at the biggest event and did not disappoint.

Elisa Pecini was another dark-horse candidate that put on a strong performance. There was a total of 35 competitors in Bikini this year so there was a lot to uncover during prejudging. The judges did so by putting competitors through posing routines and a decision was made. That decision was announced Saturday night.

The full results from the Bikini division have been announced. Check out a breakdown of the results and an official score card from the event below. 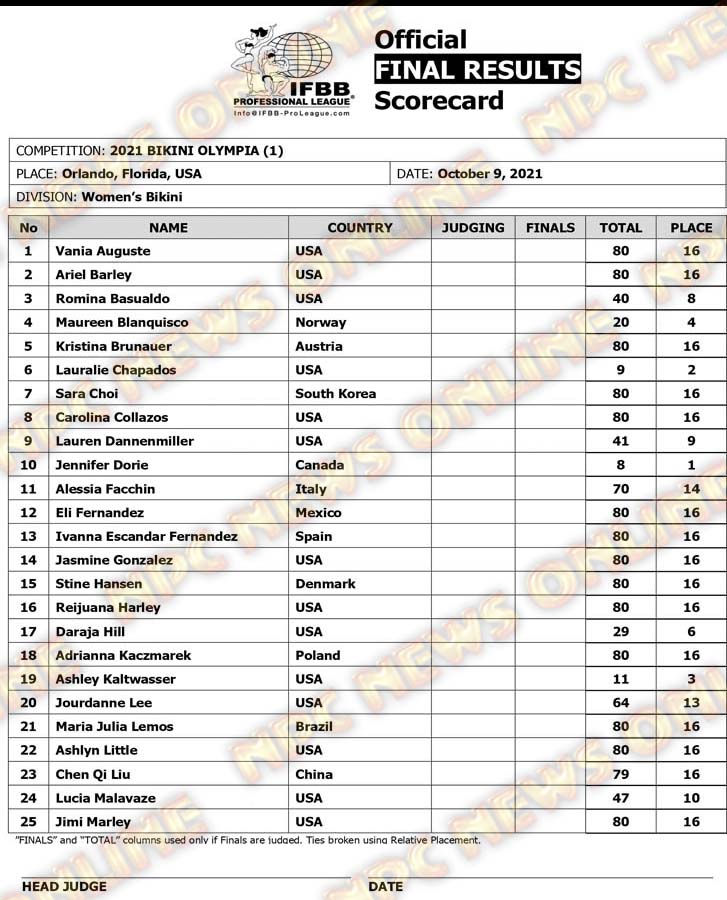 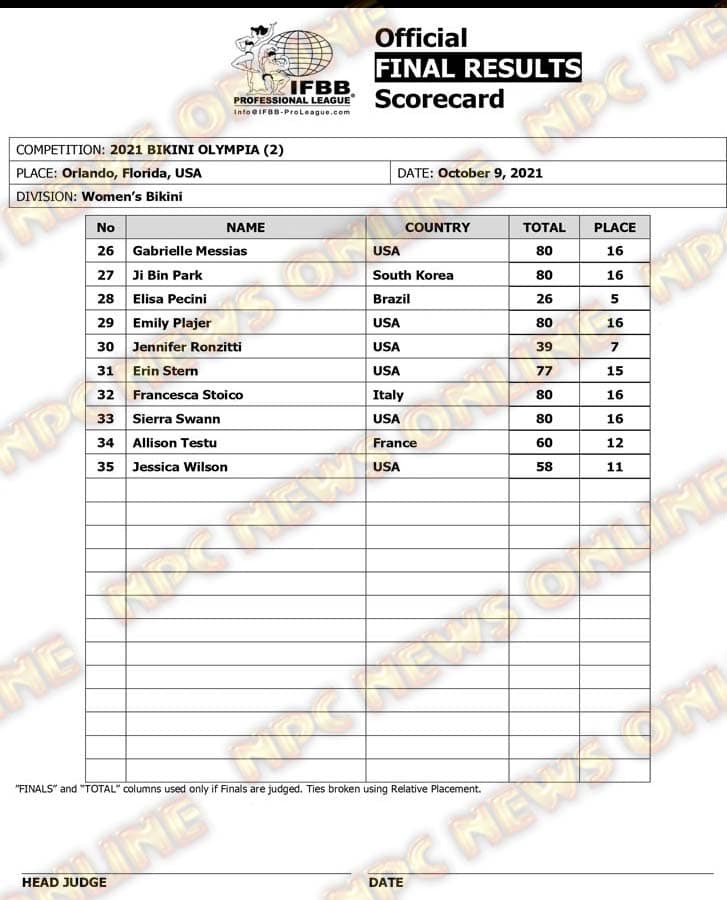