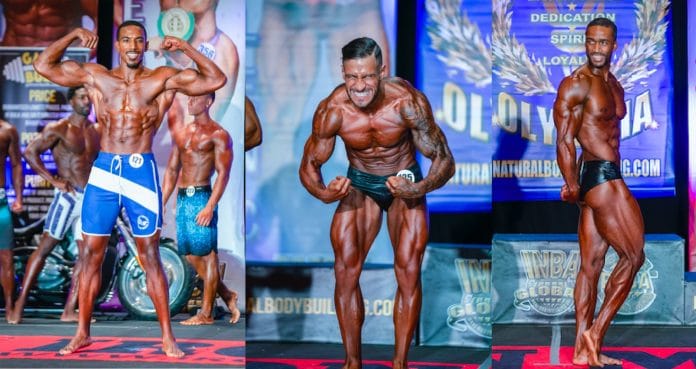 The INBA PNBA is making big moves in the natural bodybuilding realm. They’re signing a wave of natural bodybuilding athletes to multi-media contracts and recently signed three more – Brandon Lirio, Derek Joe, and Marc Cheatham. Each athlete has accepted a multi-media deal with Generation Iron, INBA PNBA, and Iron Man Magazine. The three new INBA PNBA athletes who signed expressed their feelings on Instagram (IG). Here’s what each of them had to say below.

“I’m so excited about this new opportunity for natural bodybuilding!

Thank you to both @ironmanmagazine and @generationiron for the incredible honor of being one of the natural athletes selected for a multi-media deal to showcase the base the sport has to offer!”

“This is huge, guys. This is a big deal. Not just for myself, but for natural athletes all over the world. This is the first time in history that we’ve had this opportunity as natural athletes.”

“I’m pumped for this opportunity!

The INBA PNBA is changing the game of natural bodybuilding and expanding it through innovative new bodybuilding categories and bringing more attention and benefits to natural athletes. The INBA PNBA stated that the contract is:

Why Is This Big News?

Well, for starters, as Derek Joe stated, this is a big deal for natural athletes, and it’s the first time in the history of natural bodybuilding that this has ever been done. The INBA PNBA has been around since 1988, and it’s been growing ever since. They’re in over 60 countries.

INBA PNBA athletes who earn a contract are looking for professional growth opportunities and are in good standing with the league. Furthermore, they’ve agreed to in-season and off-season drug testing abiding by the most demanding drug-testing standards – World Anti-doping Agency (WADA), the standards the Olympics use.

Generation Iron would like to congratulate Brandon Lirio, Derek Joe, and Marc Cheatham for signing with us and the INBA PNBA and Iron Man Magazine team. We’re excited about what’s to come!