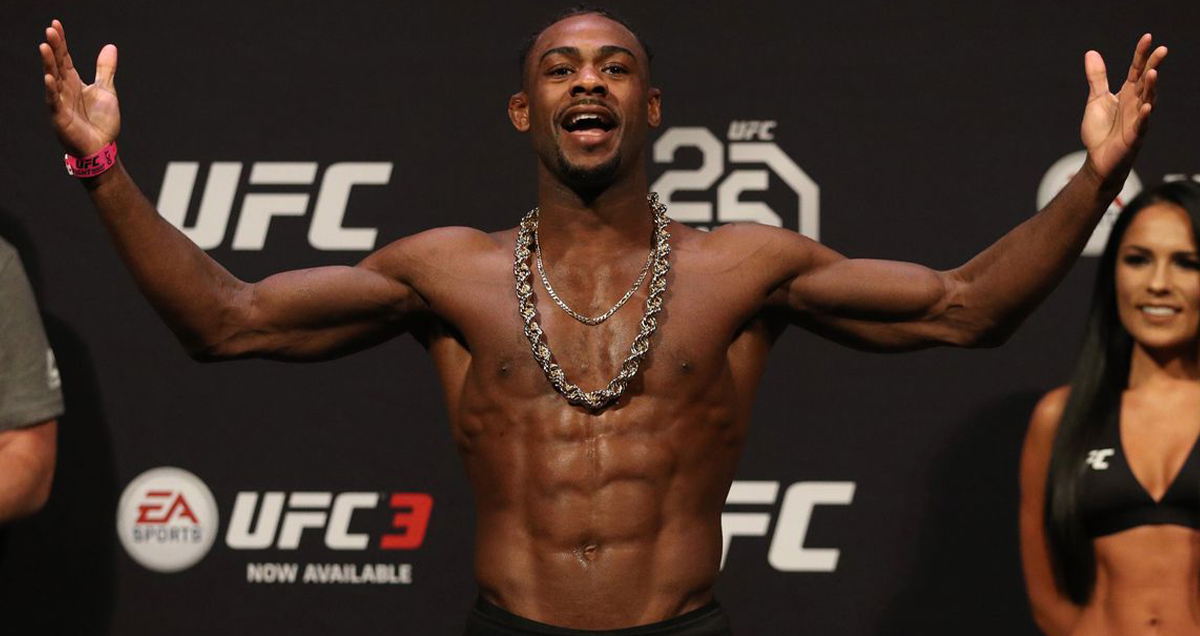 The biography, life, and accomplishments of MMA fighter Aljamain Sterling.

Aljamain Sterling is currently one of the best fighters in the game. #1 ranked Bantamweight in the UFC, insane 19-3-0 record, and the master of the rear naked choke.

In this profile, we want to give you the full story on Sterling; his stats, records, rankings, career, earnings – everything.

Read on to find out exactly how the Funk Master became the legend that we know today.

Here is is full MMA record from his professional career:

Sterling is currently #1 in the UFC Bantamweight rankings.

He is the highest ranked fighter in the 126 to 135lbs weight class.

How does Aljamain Sterling stay so lean?

Sterling is a natural at staying in shape and meeting weight. In some cases he’s cut from as a high as 160 all the way down to 135 lbs before a fight.

He achieves it through a combination of exercise, diet and strict supplementation. Sterling has even gone on record to say one of the supplements that has been helping him through his recent weight cuts is Burn Lab Pro, a thermogenic fat burner.

We recently reviewed Burn Lab Pro, and you can find our full take on this supplement here.

Sterling began wrestling at Uniondale High School in 2004. Controversially, the decision for Sterling to begin wrestling was to help avoid the gang life that was prevalent in his area.

Later he enrolled at Morrisville State College and continued his pursuit of the sport. This interest in wrestling slowly grew and developed into another interest in MMA after meeting Jon Jones during this time on the wrestling team.

Sterling later transferred to State University of New York College at Cortland and became a two-time NCAA Division III All American with a record of 87-27. He graduated with a degree in physical education.

He eventually earned the name “The Funk Master” due to how unorthodox his wrestling style was.

Sterling began fighting at an amateur level in 2009 – 5 years prior to his start with the UFC. He had a good run as an amateur, landing a 6 – 1 w/l amateur record, with his only loss coming from a split decision.

Aljamain’s first professional fights were under the Ring of Combat organization. After winning his first two fights, Sterling was put up against Claudio Ledesma for the ROC Bantamweight Championship – of which he would win by split decision.

However, his championship title was short lived – as his success drew the attention of the CFFC (Cage Fury Fighting Championship) who signed him shortly after his victory.

Sterling’s first fight in the CFFC was a Featherweight bout against Evan Chmieleski. This put Sterling in line for the vacant CFFC Bantamweight Championship title. He secured this title over a victory against Sean Santella who was also gunning for the title.

Sterling sat comfortably as the Bantamweight champion in the CFFC and defended it on three separate occasions (all by rear naked choke), and this aggressive success allowed him to win his place in UFC. 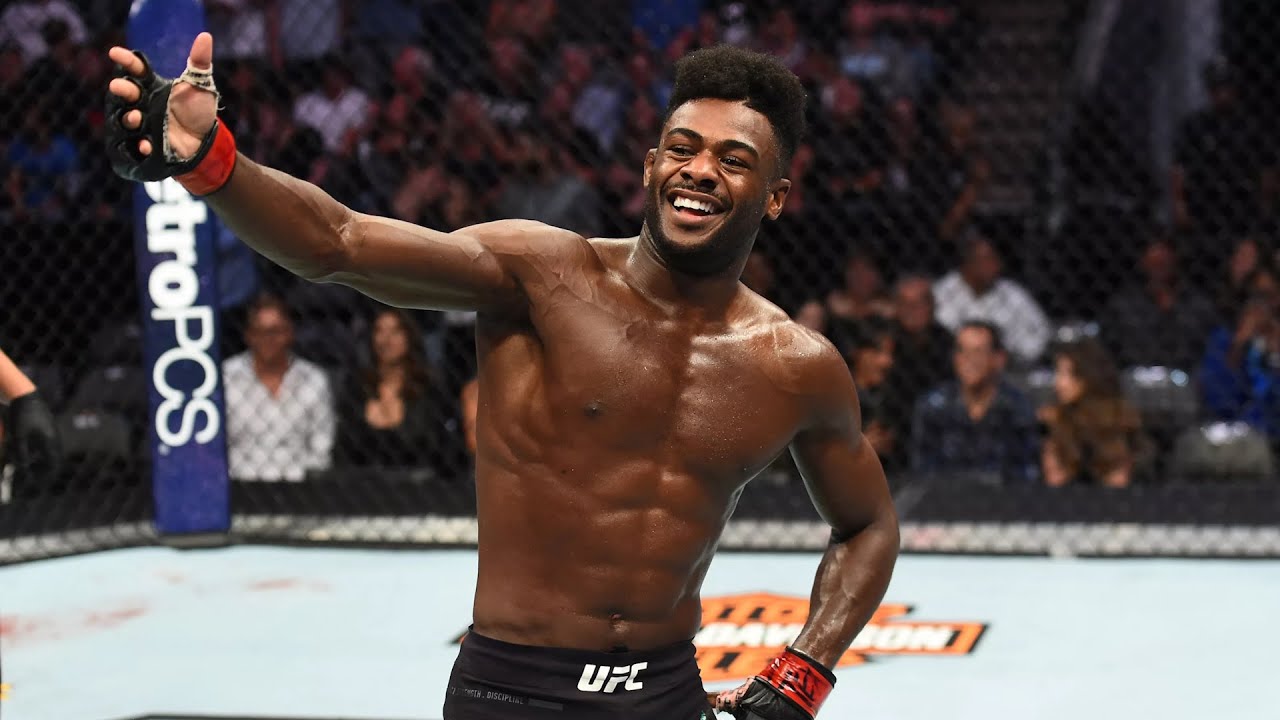 Aljamain Sterling has had a pretty spectacular career, with a lot happening in terms of both ups and downs. Below, we cover his most notable (and most anticipated) fights.

Aljamain Sterling is to fight Petr Yan at UFC 259 on March 6th. It is arguably the most anticipated fight of the Funk Master’s career.

At the time of writing this, Yan is currently the Bantamweight champion of the UFC, however, Funk Master is the current #1 in terms of Bantamweight UFC rankings.

Both are trained in the art of Brazilian Jujitsu. Sterling is currently a black belt, whereas Yan is blue belt. However, Yan is also a Master of Sport in both Boxing and Mixed Martial Arts.

The real question is whether Petr Yan can handle the Funk Master and his unorthodox style come fight night.

Aljamain Sterling fought Cory Sandhagen on June 6th, 2020 at UFC 250. Sterling managed to win the match in the first round with a submission win with a rear naked choke hold.

This is one of the top matches referenced when it comes to Sterling’s career. That rear naked choke was absolutely vicious.

The entire match took just 1 minute and 28 seconds to play out. Sterling was awarded Performance of the Night for how beautifully he took out Cory Sandhagen. This accolade also included a bonus of $50,000 which gave Sterling a grand total of $152,000 in winnings from his fight against Sandhagen.

This was one of Sterling’s earlier fights and one that he lost to Moraes. Unfortunately at 135 lbs, Sterling lost to Moraes via knockout in the first round via a knee strike.

Marlon Moraes was awarded Performance of Night from his victory over Sterling. It was a pivotal moment in Sterling’s career, since that fight, Sterling has not lost a single bout in the ring. To put that into perspective – Sterling hasn’t lost a fight in years.

It just goes to show how strong you can come back from a brutal defeat in the world of MMA.

Aljamain Sterling has a net worth between $1 million – $5 million.

Aside from being a skilled fighter, Sterling is also a New York realtor, actor, coach and even hosts his own podcast.

Sterling’s career earnings total $1,018,000 since performing in the UFC. Below is a list of Sterling’s fights and what he earned on that night. Please not that these figures do not include outside sponsorship, PPV or any undisclosed bonuses.

These are incredible earnings, but it’s most likely that Sterling has been paid much more cash in his career from other outside payments.

Where was Aljamain Sterling Born?

He was born to Jamaican parents Cleveland and Sophie Sterling. Aljamain comes from a large family having seven siblings and twelve half-siblings.

What weight is Aljamain Sterling?

Aljamain Sterling currently weighs 135 pounds (61.2 kilograms).  This allows him to compete comfortably in the bantamweight division.

Where does Aljamain Sterling Train?

Previous to this, Aljamain trained with Team Bombsquad in Cortland, New York. 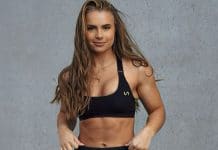 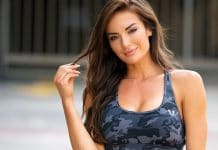 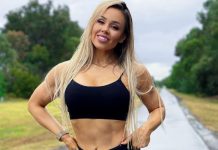 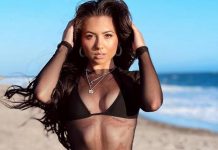 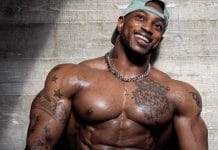 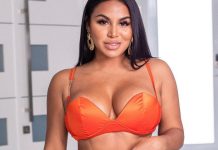