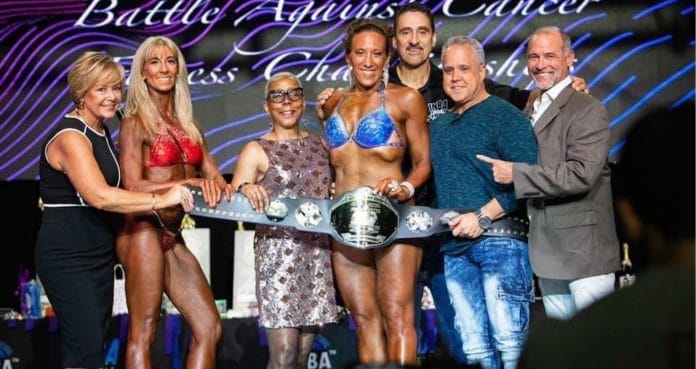 The 2022 INBA PNBA Pro/Am International Battle Against Cancer Natural Bodybuilding Championships is around the corner!

Kakos has been the organizer and promoter of this event since 2017. The INBA PNBA International Battle Against Cancer is a professional and amateur competition. The theme behind this event was inspired by INBA PNBA athletes who have battled cancer, survived cancer, or have loved ones diagnosed with cancer.

Unfortunately, cancer is a common disease and does not discriminate against race, religion, heath, etc. Cancer is the second leading cause of death worldwide behind heart disease. Donations have been made to the American Cancer Society in honor of this event.

The motto(s) of the event is:

Some of those participating dedicate this competition to a loved one or friend they have who lost to cancer, survived it, or is currently battling cancer, while others will compete to support the cause.

In addition, a purple ribbon will be used to represent all cancers and is incorporated into the event’s theme. At check-ins, the INBA PNBA will offer these ribbons for athletes to write the names of the people they are competing in honor of.

Some participants in INBA PNBA natural bodybuilding competitions were diagnosed with cancer and overcame their struggles with the disease by training, diet, and exercise. Moreover, some even took their training and health to the next level by preparing to compete in an INBA event, which has helped them get back to normalcy.

One cancer survivor athlete, Roland Martinez, competed with the INBA in the early days and soon became a professional in his bodybuilding category. Unfortunately, he was diagnosed with prostate cancer and had to take a few years off before returning to the stage, relinquishing his professional status. 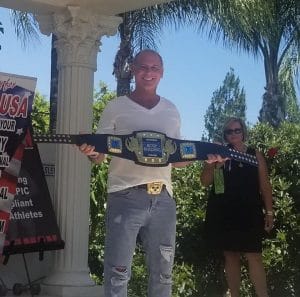 One of the significant awards for this event includes a “Warrior Belt” given to a cancer survivor, typically an athlete. The idea came from James Spicer, an INBA cancer survivor. He suggested supporting Roland Martinez by contributing and awarding a warrior belt at each event.

Below are some of the past year’s Warrior Belt winners.

The companies supporting the event include:

The INBA PNBA International Battle Against Cancer is unlike any other show. Athletes share their experiences or who they are representing. It is a day filled with various emotions, but ultimately it is filled with support, dignity, and love. Every year an incredible impression is left on the INBA PNBA community.

Generation Iron is covering this event and highlighting some key contenders and their stories after the competition.