After much worry in the bodybuilding community, it appears the Big Ramy has made his way to the United States for the Olympia 2020.

In prep for the Olympia, Big Ramy has been training with legend Dennis James.

Now that he’s on American soil, Dennis James is prepared to help put the finishing touches on Ramy’s physique.

While many fans are happy to see Big Ramy make it to the Olympia stage, there are many individuals who were upset at his special invite. Their argument is that he should have earned his spot like everyone else. But in a year with so many unforeseen mishaps, to bar an Olympia veteran who has placed in the top five consistently in the last several years because he contracted the virus plaguing the globe seems even more egregious.

Big Ramy is a competitor and always brings an incredible physique to the stage. That coupled with his veteran status has earned him the right to step on the Olympia stage.

Are you excited to see the return of Big Ramy? 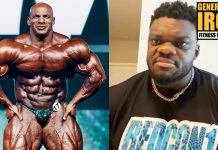 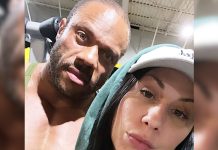