Nothing worse than a bad injury.

The training a bodybuilder puts themselves through can be downright agonizing. If you want to experience massive growth then the reality is that you’re going to go through some painful times in the gym. It’s simply the nature of the beast. Yet despite that very fact, that there’s no gains without suffering pain, injuries are a reality that can hinder your growth. It appears that it’s a lesson Calum von Moger is unfortunately learning the hard way.

One of the premier bodybuilders competing today, Calum von Moger has gained a tremendous amount of popularity in the last few years for his incredible muscle growth and classical shape to his physique. The Australian native is well on his way to becoming a world renowned superstar and champion. But unfortunately for Calum it would appear that he’s suffering a major setback.

According to a SnapChat image that he posted, it looks like Calum has tore his bicep. 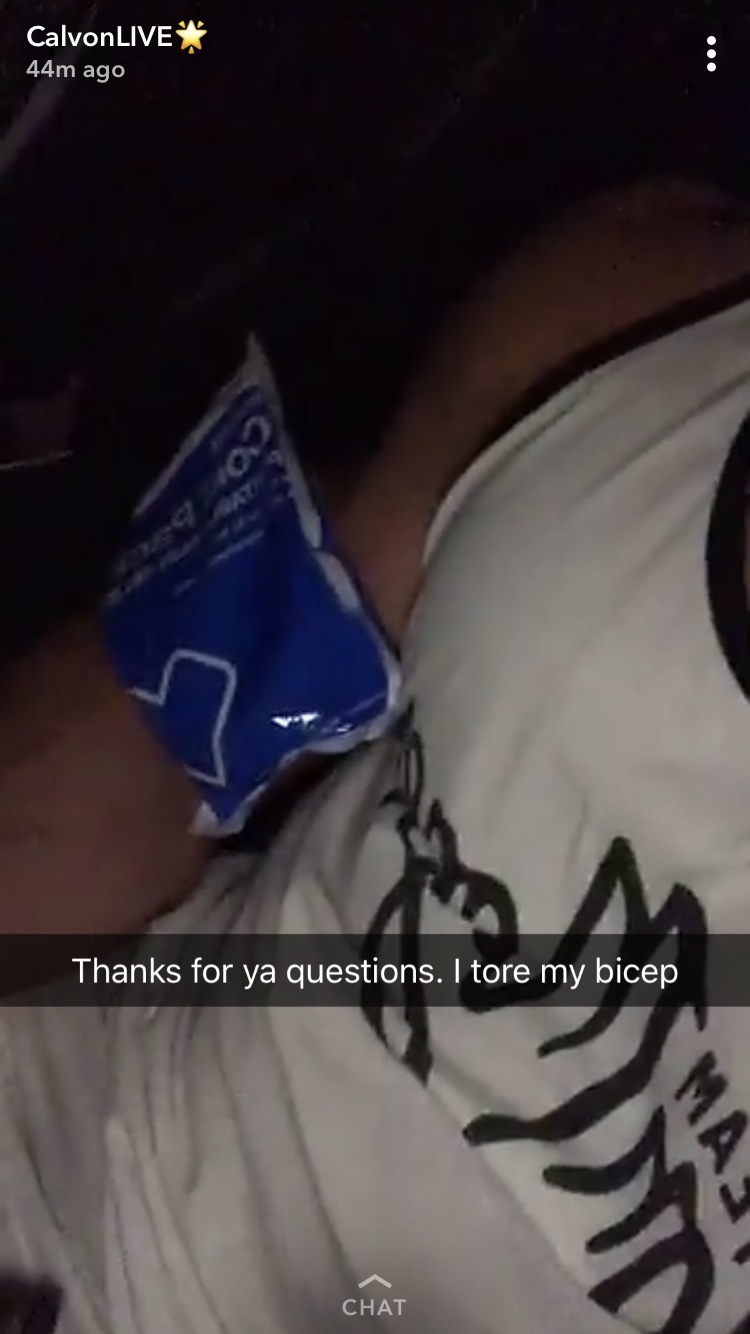 It’s one of those injuries that can slow your progress tremendously. But it’s unlikely Calum will be derailed by the injury considering how diligent he is about training. He understands that pushing himself to far will only result in further aggravating the injury. For now it seems that Calum von Moger will be sidelined for a bit, but we don’t expect that he’ll be away from the gym for too long.

What do you make of Calum von Moger’s bicep injury?