The UFC’s loudest and most divisive figures are at it again.

It would be nice to keep all the violence and bloodshed in the ring, but that’s just not how many of the MMA’s biggest and brashest personalities see themselves. Colby Covington was back online today, where he offered his thoughts on the UFC 245 title fight between Conor McGregor and Donald Cerrone.

In a recent interview with Helen Yee Sports, Covington commented: “You know, I look at broke back Cowboy, a guy who is way over the hill, versus the Irish little leprechaun Conor McGregor who is cashed out in his own right…[McGregor] couldn’t even knock an old dude off a bar stool in the bar. So it’s a matchup of jobbers and journeymen and they both should retire.”

Harsh words from an athlete famous for talking trash before fights, although it’s unclear how seriously that will be taken by fans after Covington’s own recent admission that his UFC persona is mostly an act and that he’ll insert himself into any narrative for his own benefit. 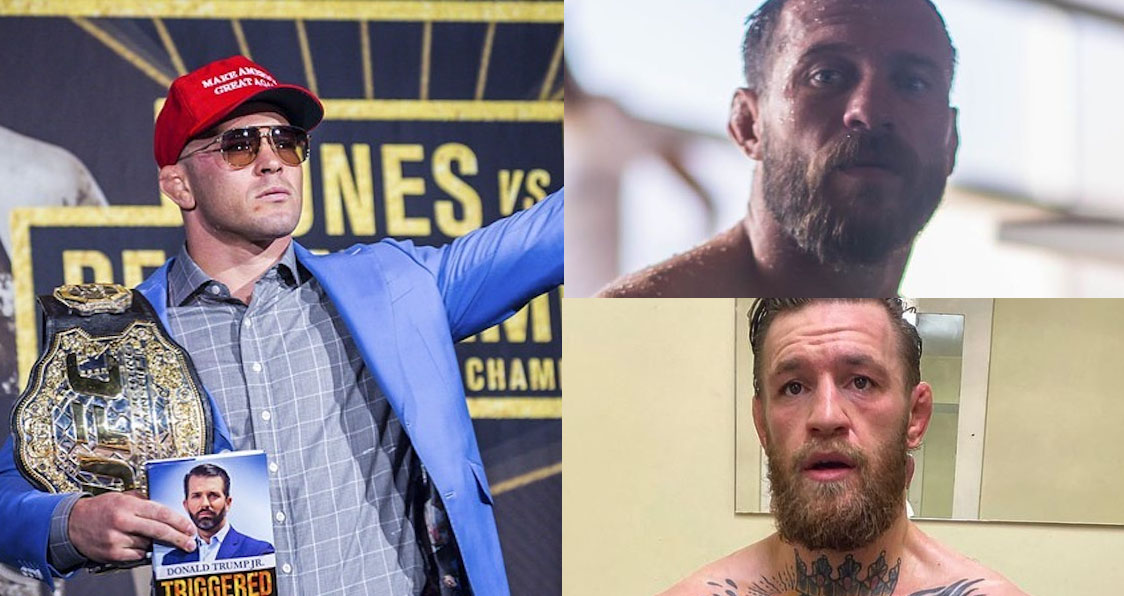 The entire drama really calls attention to the presence of entertainment and showmanship in the UFC. Covington has mentioned that his controversial loudmouth persona as an athlete was due to fears he would be dropped from his agency.

As he mentioned yesterday on BJPenn.com: “I fought the No. 2 guy in the world, this guy named Demian Maia in Brazil, they had told my manager Dan Lambert that they weren’t going to re-sign me. They didn’t like my style, they didn’t like that I wasn’t entertaining. This is before I really started to become an entertainer and really understand the entertainment aspect of the business. Before this fight, they told me no matter what happens, I was ranked No. 6 in the world, we’re not re-signing you, we don’t like your character, we don’t like your fighting style. And I’m getting paid $30,000 to go fight the No. 2 guy in the world. After you pay taxes and pay your coaches you’re really going to get $5000 or $10,000.”

While some might look down on Covington’s approach, it can’t be denied that it’s the will of the fans that ultimately decide who sells out shows and, therefore, who remains signed. You only need to take a look at guys like Conor McGregor, who have long since passed their prime as fighters but continue to rake in huge bucks based on personality alone, to realize that ugly truth of the sport. Popularity and actual skill have a relationship, of course, but so much of what goes on in the ring is also dictated but what’s going on outside it. It’s an intrinsic balance that is natural to the sport.

McGregor and Cerrone are set to fight in Las Vegas next month at UFC 246. Covington will take on Kamaru Usman at UFC 245 in the same arena in three days.