Will Flex Lewis have to qualify for the 2022 Olympia?

Flex Lewis may not be qualified for the 2022 Olympia. The information was recently dropped by Chief Olympia Officer Dan Solomon on his Instagram page.

There was a time when the bodybuilding world was excited to see former 212 Olympia kingpin James “Flex” Lewis compete in the Men’s Open Bodybuilding division. Things were all set and ready for the popular bodybuilder to take to the stage. Then he got injured and had to deal with personal issues and things got turned on it’s head. Since that time fans have been waiting to learn when Flex Lewis would step on the Olympia stage as a Men’s Open Bodybuilder.

With that said it seems that while the hopes of Lewis on an Olympia isn’t out of the question, it appears that he may have to earn his way back on stage.

According to a recent story post on Dan Solomon’s Instagram account, Flex Lewis may have to qualify for the 2022 Olympia in the Men’s Open division. While originally he had been given a special invite to compete at the 2020 Olympia. But since his injury forced him off the event and he didn’t compete at all in 2021, no word has been issued as to whether or not he was qualified for the 2022 Olympia. That is until now.

A recent story post made by Chief Olympia Officer Dan Solomon has possibly confirmed the status of Flex Lewis’ qualification status. It appears that Lewis isn’t qualified for the 2022 Olympia, at least not in the Men’s Open. The answer was recently prompted by a question issued to Solomon.  The Chief Olympia Officer gave his answer in a pretty concise story post. 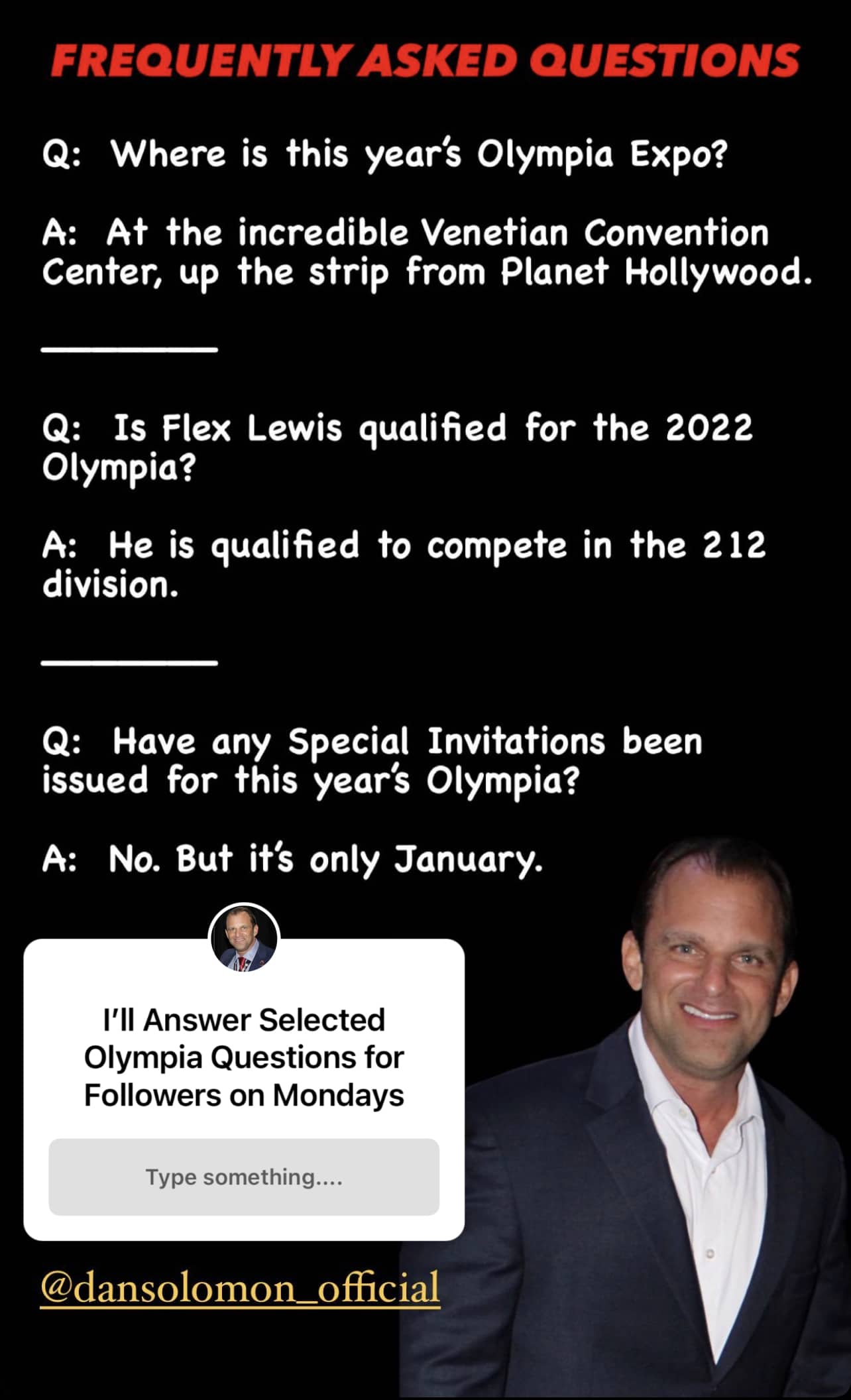 Still, Flex Lewis is hard at work in the gym and is looking strong.

Leg day training at the one and only @arsenal_strength Showroom.

An update to Dan Solomon’s Instagram may now suggest that Flex Lewis will receive a special invite after all. 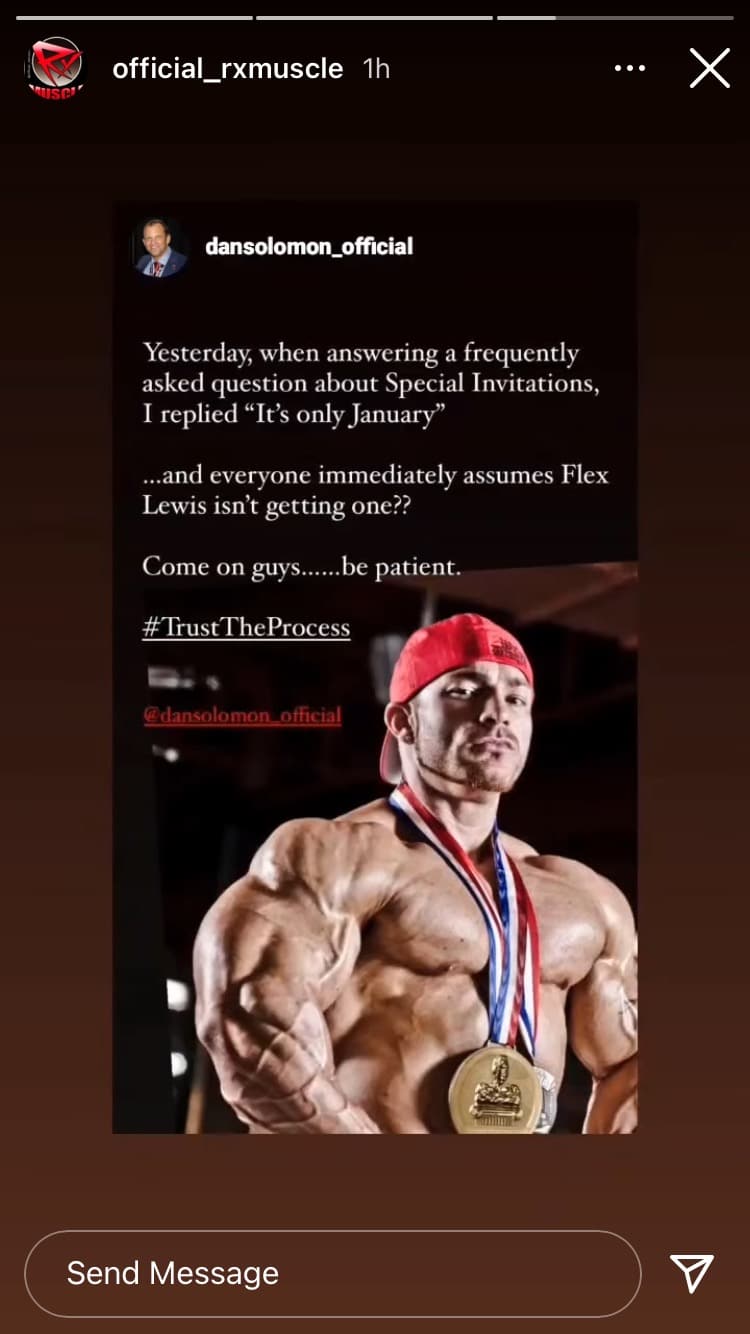 And the rollercoaster just keeps trucking along. What do you make of Dan Solomon’s updates?