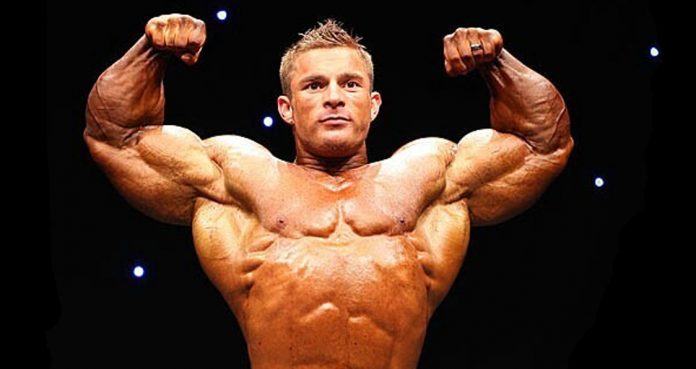 Inside the mind of Flex Lewis.

UPDATE: In celebration of Independence Day – we are republishing our article from 2018 detailing Flex Lewis’ journey to America and becoming arguably the single greatest Men’s 212 champion in pro bodybuilding. Below is the original article.

Now the 34-year-old legend lives and trains in Florida, but still holds close to his Welsh roots. He sat down with WalesOnline to talk about his life- past present and future.

Flex said that rugby and gymnastics gave him a fantastic frame for bodybuilding. In fact his nickname “Flex” was from rugby, long before his bodybuilding days. When he did start training in a local gym, they had a massive poster of Mr Wales up and the gym owner said he would give Lewis a free membership if he competed in the show. Lewis agreed, won the show, and it’s head judge, Niel Hill, still coaches Lewis to this day.

“He advised me at the time to go for Olympic junior under-21 weightlifting. I won that show. Pictures from that show ended up on the internet, which was still relatively new at the time, and it made its way to the owner of the famous Gold’s Gym in America. The next thing I knew, he was requesting I fly out to LA.”

On his first-ever trip to America, Lewis was having dinner with guys like Hulk Hogan and Jean-Claude van Damme. He sees himself as a poster boy from the American dream, attributing all his success to hard work and dedication.

“I wasn’t given any blueprint of how to be a bodybuilder; I just decided to give it my all.”

“I see it as a job. You don’t want to go to work sometimes, but that’s why I’ve given my body that mental break…I never cheat, I never miss training sessions and I’ve never missed a cardio session in the years. Even when I’ve had injuries, I’ve still altered my cardio and training to get around the injuries.”

Though he still stays in excellent shape, Lewis is now pursuing opportunities outside of bodybuilding. He has developed many contacts in entertainment though he says the work can be less than exciting,

“Up until this year, I’ve never been presented or entertained anything to do with acting,” he said. “I’ve done some stuff with Paris Hilton when I lived in LA, but I found it incredibly boring standing on set all day long and eating from a food truck.”

No matter if he decides to dive into acting, Lewis says he is proud of what he’s created for himself and his family.

“The investments I’ve made ten years ago are now doing very well, and I’ve got other businesses in the process of being bought out. I pride myself in knowing what I’ve gone through, my family will never have to go through. They’ll be financially secure for life.”