Hadi Choopan interviews for Visa ahead of 2020 Olympia.

The Hadi Choopan Visa saga continues with just over a week until the 2020 Olympia. While Brandon Curry prepares to defend his title and Phil Heath readies for his return, Hadi Choopan is set to interview for a Visa this week in order to attend the 2020 Olympia being held in the Orange County Convention Center in Orlando, Florida December 17-20 2020. As it stands, Choopan still has yet to receive his visa meaning his competition status is up in the air.

And once the storm is over, you won’t remember how you made it through, how you managed to survive. You won’t even be sure, whether the storm is really over. But one thing is certain. When you come out of the storm, you won’t be the same person who walked in. That’s what this storm’s all about.

His manager Mahdi Parsafar, has revealed an update as to the status of his Visa. According to a comment left in a Instagram message, Hadi Choopan will be interviewing for a potential visa this week. 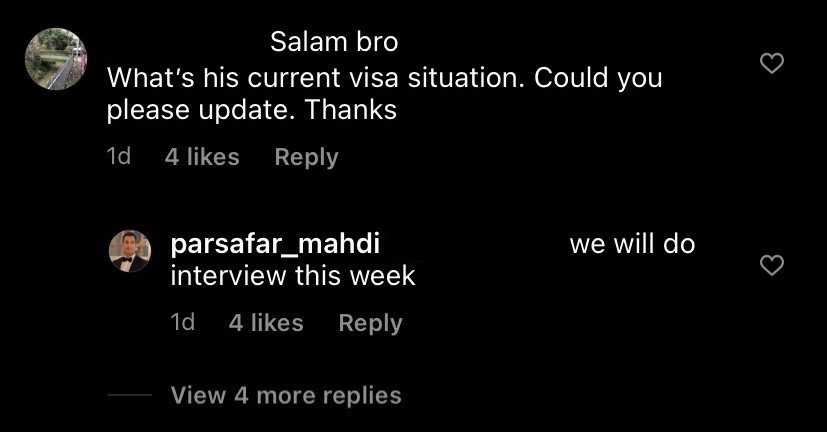 Since Choopan’s debut last year at the 2019 Olympia, obtaining a Visa has been the most difficult task the Iranian bodybuilder faces. With little over a week to go until the 2020 Mr. Olympia, things are looking positive as Olympia promoters have also featured Hadi Choopan front and center on major promos for the event. Choopan continues to be one of the most talented bodybuilders in the world today. His story and struggles were well documented in ‘Generation Iron 3’ where Vlad Yudin and Generation Iron producers were able to have unprecedented access to film in Iran.

Hadi Choopan also earned the honor of being crowned the “People’s Champ” and a third place finish at the 2019 Mr. Olympia. Choopan has become a fan favorite and his sponsor at EVOGEN NUTRITION currently run by Hany Rambod, has informed us that they continue to do all they can to get Hadi Choopan over to the United States. Time is of the essence for Choopan as the 2020 Olympia approaches and travel will be rigorous from Iran. Last year, Hadi Choopan was able to obtain a Visa with less than a week to show time.