There are simply some humans out there that are different than others. They are individuals that can push their bodies past perceived human limits. Recently squatting an insane 925lbs, Jackson Powell is proving himself to be one of those individuals.

Powerlifting isn’t for the weak willed. It takes a tremendous amount of focus and dedication to constantly set new goals and break them. That’s what makes Jackson Powell so well suited to the arena. While he may be young, he possesses the kind of drive and determination you want to see out of a young powerlifting athlete.

not too upset with today. Took 420 for my top triple and 410 for a double on close grip bench. Pretty happy to be benching over 400 consistently. Ready to get on the platform next month.

In a recent Instagram post, Powell took on a 925lb squat double and crushed it. The sky is the limit for this powerlifting virtuoso.

what do I say other than what a freaking morning. Had a lot of the team there and pulled something amazing. Huge thanks to everyone who came out and I’m pumped for May. 925 for a double at 18 years old. Big things coming

It’s truly insane to consider where this young man can go. At only 18 years of age he’s proving to have more strength than a great deal of veterans in the game. That means he’ll only get stronger from here out.

What do you think of the impressive strength of the young Jackson Powell? 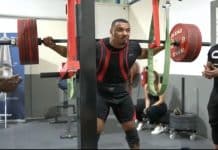 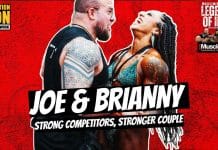 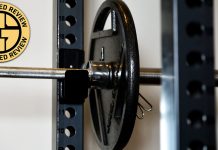 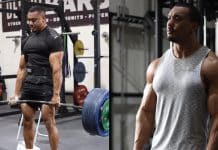 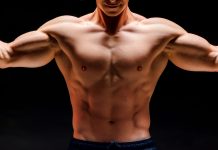 Bodybuilding Vs. Powerlifting: Strength Or Physique?