Kai Greene talks with Generation Iron on his signing with REDCON1.

For the past few years Kai Greene has been representing his own supplement company, Dynamik Muscle. While he experienced some great success with the company, the ever growing responsibilities for Kai have proven to be daunting. With so many different projects splitting his focus, the bodybuilder, actor, and entrepreneur thought it best to make the logical step: fold Dynamik Muscle into Redcon1.

With this move, Kai Greene will be able to continue his many projects while operating under a trusted supplement brand. Greene confirmed to Generation Iron that a significant amount of his time the past few years have been dedicated to building the production, distribution, marketing and sales for Dynamik Muscle Products.

The amount of time and commitment needed to run a supplement company can be very demanding and often time consuming. Kai Greene later confirmed that Redcon1 is the ideal brand to sign with in order to continue his focus in entertainment, film and TV.

Kai Greene wasn’t the only athlete to be recently signed with Redcon1. AEW wrestling star Kenny Omega has also joined the ranks of the popular supplement brand. 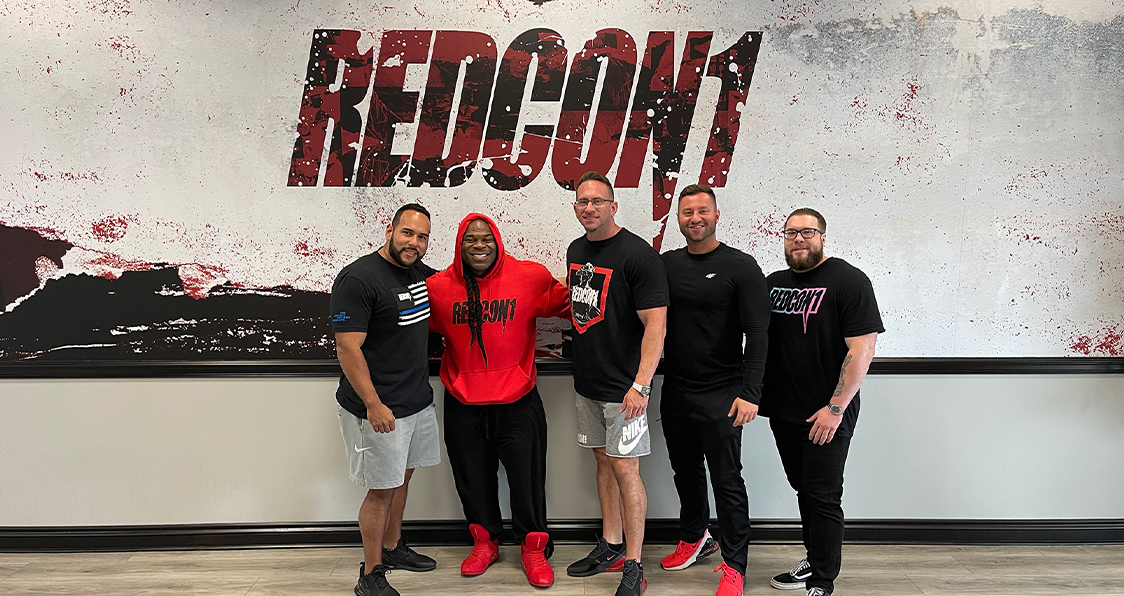 “For us, it’s not only about partnering with big names. We want to make sure our athletes and partners use and believe in the products as much as we do and bring value to our brand and consumers,” said Singerman.

Kai Greene and Aaron Singerman started Dynamik Muscle together back in 2015. Singerman founded Redcon1 the following year, handing over control of Dynamik Muscle to Kai Greene. With Greene’s budding acting career taking off appearing in the hit Netflix series Stranger Things Season 2, the creation of the novel ‘Chronicles of King Kai’, an all-new life-story film on Kai Greene by Generation Iron currently in production and even creating a new YouTube channel, it’s easy to see how the talented bodybuilder could have his hands full.  So Kai Greene once again decided to join forces with Aaron Singerman, this time as an athlete under the Redcon1 banner.

“We are incredibly excited to have Kai officially on the Redcon1 team,”  said Eric Hart, president of Redcon1. “Kai is the most recognized modern-day bodybuilder. His well-known motto ‘thoughts become things’ aligns with our mantra and beliefs, and he is one of the hardest working individuals we know. Kai will be a huge asset to our team and will share in our commitment to inspire people to train their hardest and perform their best. It will also further solidify Redcon1’s position as the top sports supplement brand.”

Redcon1 has also looked to branch outside of bodybuilding into the pro wrestling space. Enter popular AEW wrestler Kenny Omega who has also signed on as a Redcon1 athlete.

This is some pretty exciting news for both bodybuilding and wrestling fans alike. With Kai Greene and Kenny Omega onboard Redcon1, their visibility is sure to increase in the months and years to come.

What do you think of Kai Greene and Kenny Omega joining Redcon1?